Pakistan braces for protests against India moves in Kashmir - GulfToday

Pakistan braces for protests against India moves in Kashmir 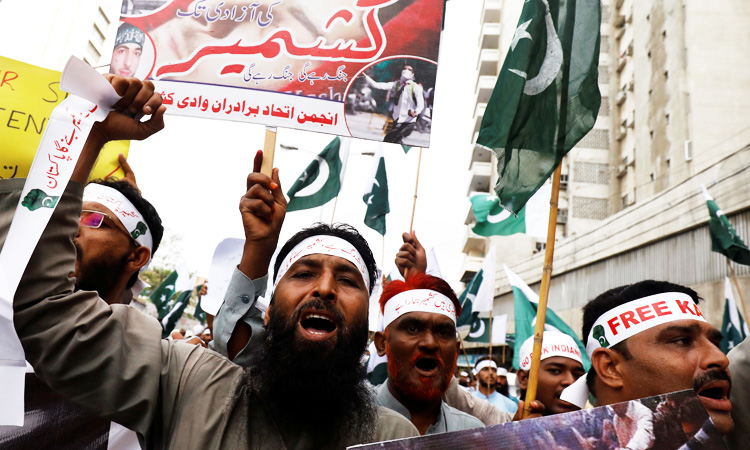 People hold signs and chant slogans as they attend a rally in solidarity with the people of Kashmir in Karachi on Monday. Akhtar Soomro/ Reuters

Pakistan was braced for protests on Tuesday, a day after India stripped the disputed Kashmir region of its special autonomy in a controversial move that Islamabad has branded as “illegal.”

Demonstrations were set to kick off in the early afternoon with protests planned in Muzaffarabad, the largest city in Pakistani-held Kashmir, alongside rallies in Lahore, Karachi, and the capital Islamabad.

Pakistani lawmakers also began a joint-session of parliament to discuss a possible response to Delhi’s move, while a separate meeting by Pakistan’s top military commanders was planned in the garrison city of Rawalpindi. 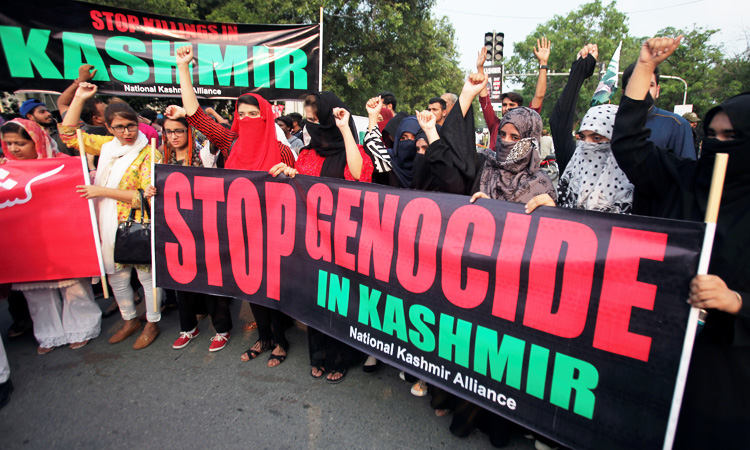 People hold banners and chant slogans during a rally in solidarity with the people of Kashmir in Lahore on Monday.

On Monday, Indian Prime Minister Narendra Modi’s Hindu-nationalist party rushed through a presidential decree to scrap the special status granted to the Indian-ruled part of Kashmir from India’s constitution.

It also moved a bill proposing the Indian-administered part of the Himalayan region be divided into two regions directly ruled by New Delhi.

The move is set to exacerbate the already bloody rebellion in Kashmir and deepen the long-running animosity with nuclear rival Pakistan, which has fought two out of three wars with India over the territory. 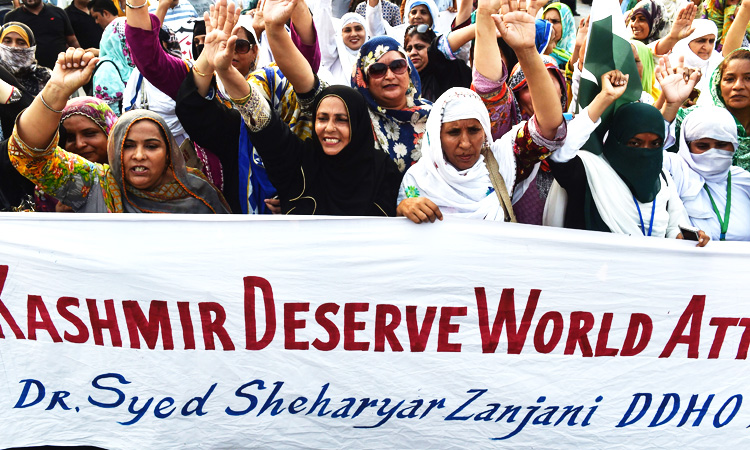 Activists of the ruling Pakistan Tehreek-e-Insaf (PTI) party take part in an anti-India protest march in Lahore on Monday.

Ahead of the announcements, tens of thousands of extra Indian troops were deployed in the territory, and a security lockdown was imposed overnight Sunday with all telecommunications there cut.