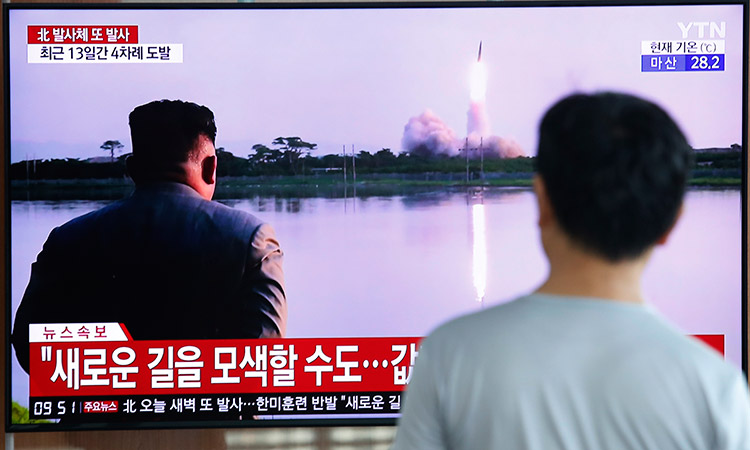 A man watches a TV showing a file image of a North Korea’s missile launch in Seoul, South Korea, on Tuesday.

North Korea threatened on Tuesday to carry out more weapons tests after it fired its fourth pair of projectiles in less than two weeks following the start of joint exercises between the US and the South.

The rising temperature on the peninsula threatens to derail putative negotiations between Pyongyang and Washington, with the North saying the combined drills were a "flagrant violation" of the process. 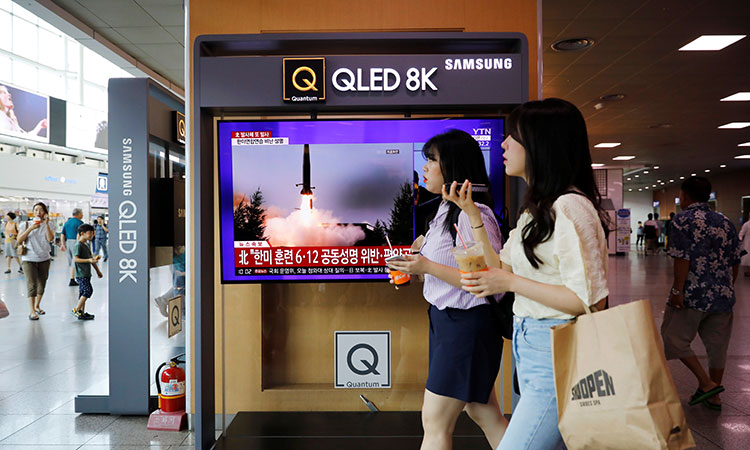 Pyongyang has always been infuriated by military exercises between the South and US, seeing them as rehearsals for invasion, but in the past it has tended to avoid carrying out missile tests while the war games were taking place.

The speed of its statement Tuesday was also unusual, coming within an hour of the launch, rather than the more normal day later.

The North fired "two projectiles that are assumed to be short-range ballistic missiles" from South Hwanghae province on its west coast, Seoul's Joint Chiefs of Staff said in a statement.

They flew around 450 kilometres across the peninsula and into the East Sea, also known as the Sea of Japan, reaching an altitude of 37 kilometres and a speed of "at least Mach 6.9", the South's military said.

That puts them around the middle of the range of projectiles that have been fired by the North four times in the past 12 days. 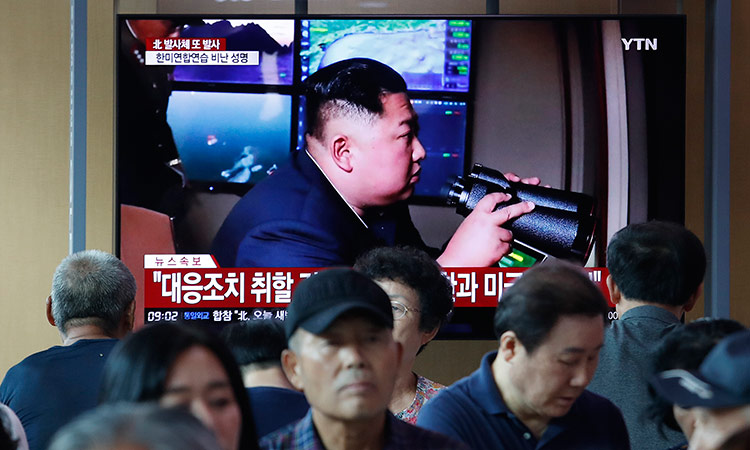 Seoul has said all were likely to be short-range ballistic missiles -- the North is banned from ballistic missile launches under UN Security Council resolutions -- while Pyongyang has described some as a "large-calibre multiple-launch guided rocket system" or "tactical guided weapon".

Less than an hour after the North's weapons test, an official of its foreign ministry said the drills were "an undisguised denial and a flagrant violation" of the diplomatic process between Pyongyang, Washington and Seoul. 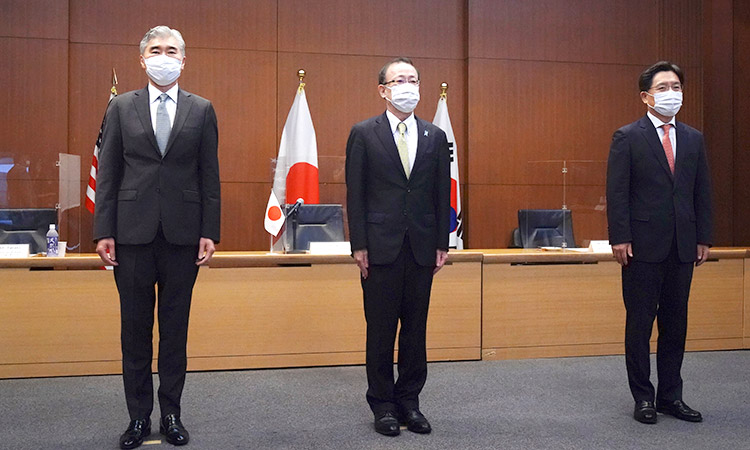