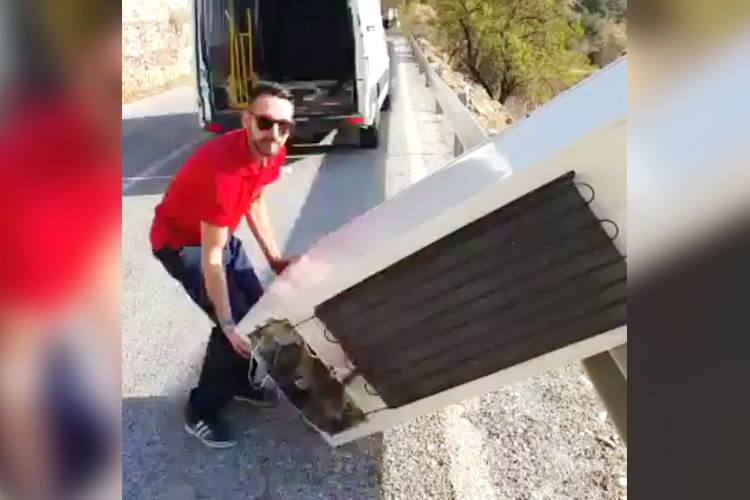 A video grab shows the unnamed man dropping a refrigerator over the side of the road in Almeria, Spain.

A man filmed throwing a refrigerator off a cliff while mocking recycling has been forced to haul it back up for proper disposal.

Spain’s Guardia Civil said it had identified the unnamed perpetrator, who is facing charges over the possible “environmental crime.”

Video released by police shows two men – including the man who threw the fridge – struggling to drag the appliance up from the bottom of the ravine in the southern province of Almeria.

In the original footage, which was shared widely on social media, the man is seen unloading the fridge from a van and dropping it over the side of the road. His face is uncovered and the vehicle’s number plate is on display.

The video’s author and the man are heard saying, “Let’s go recycle it” and joking about seeing “how many flips it can do” as the fridge careens down the slope.

Another video shared on social media showed a man throwing a washing machine down a hillside in the same region.

The Guardia Civil said both incidents were under investigation, as well as the man’s employer - a domestic appliance distribution firm - after bosses failed to prove they were disposing of appliances using an authorised agent. 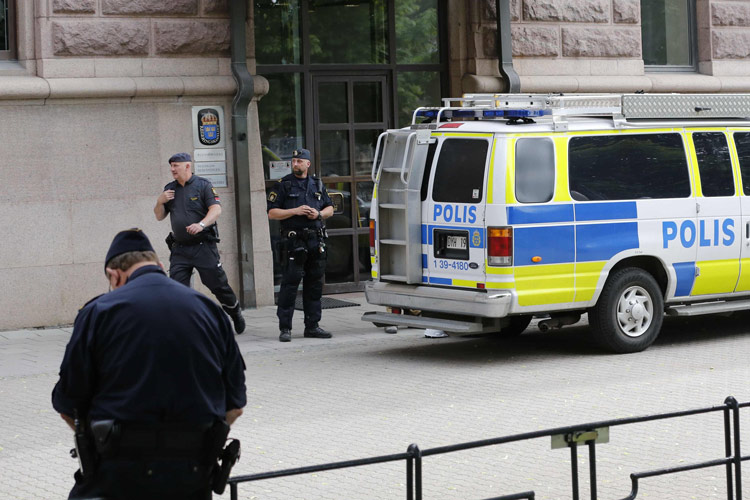 Skagerlind says after recognizing each other, 'the naked police officer calmly told the man that he should consider himself arrested.'