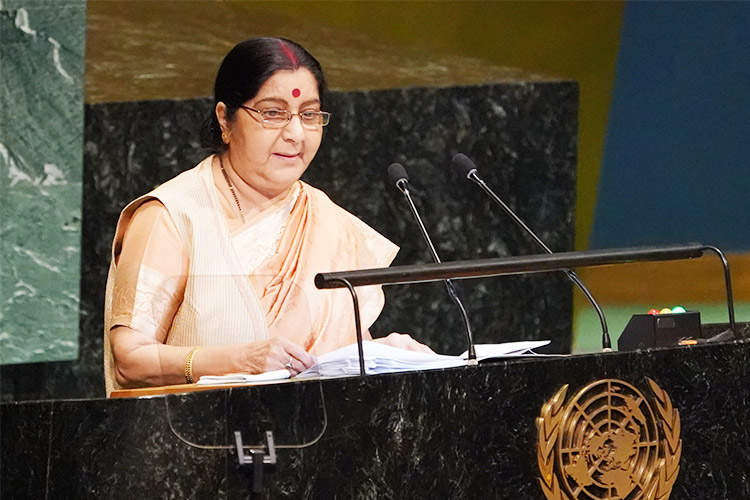 The veteran BJP leader was brought to AIIMS in a critical condition but soon passed away, the sources said.

Union Ministers Rajnath Singh, Nitin Gadkari, Prakash Javadekar and BJP Working President J.P. Nadda arrived at the hospital as they got the news.

Prime Minister Narendra Modi condoled the death of former Union Minister Sushma Swaraj, terming it a "personal loss" and recalling her stint as External Affairs Minister when she was always available to help any Indian abroad in trouble. 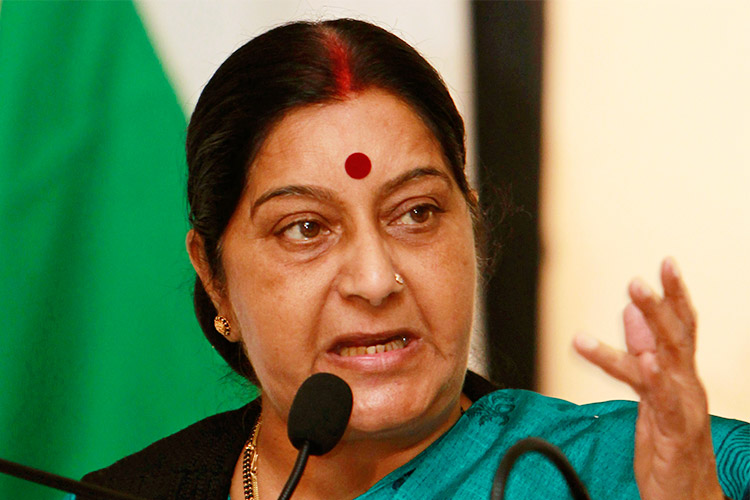 "A glorious chapter in Indian politics comes to an end. India grieves the demise of a remarkable leader who devoted her life to public service and bettering lives of the poor. Sushma Swaraj ji was one of her kind, who was a source of inspiration for crores of people," he tweeted.

"Sushma Ji was a prolific orator and outstanding parliamentarian. She was admired and revered across party lines. She was uncompromising when it came to matters of ideology and interests of the BJP, whose growth she immensely contributed to.

"An excellent administrator, Sushma ji set high standards in every Ministry she handled. She played a key role in bettering India's ties with various nations. As a Minister we also saw her compassionate side, helping fellow Indians who were in distress in any part of the world.”

"I can't forget the manner in which Sushma ji worked tirelessly as EAM in the last 5 years. Even when her health was not good, she would do everything possible to do justice to her work and remain up to date with matters of her Ministry. The spirit and commitment was unparalleled.

"Sushma ji's demise is a personal loss. She will be remembered fondly for everything that she's done for India. My thoughts are with her family, supporters and admirers in this very unfortunate hour. Om Shanti," he said in a series of tweets.