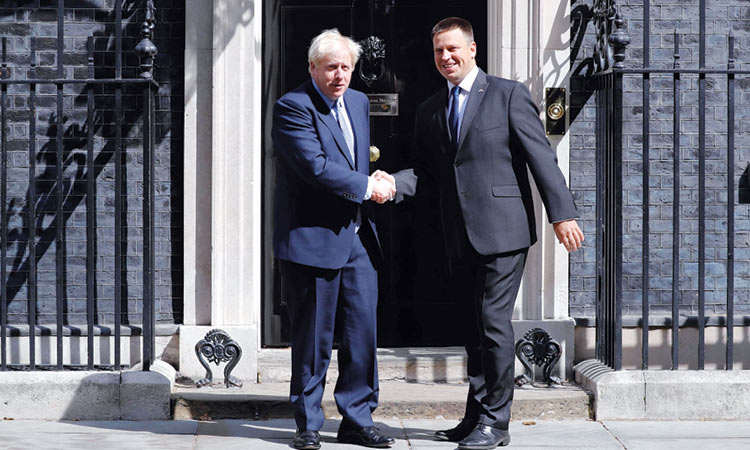 The European Commission is willing to discuss Brexit with Britain over the coming weeks, a spokeswoman said on Tuesday.

She said while the bloc’s executive was hoping to avoid a “no-deal” exit, the EU was prepared for such an outcome.

“The Commission does remain available over the coming weeks should the United Kingdom wish to hold talks and clarify its position in more detail, whether by phone or in person,” the spokeswoman told a news briefing.

Earlier on Tuesday a senior British government source said London was “ready and willing” to do a deal to leave the EU if Brussels renegotiated the agreement, denying that a no-deal Brexit was Prime Minister Boris Johnson’s central plan.

Johnson, who took over as prime minister two weeks ago, has taken a hard line with the EU, demanding that it show willingness to change the divorce deal it agreed with his predecessor before negotiations can restart to secure Britain’s smooth departure from the bloc.

The deal agreed with Theresa May in November has been rejected three times by the British parliament.

“A no-deal scenario is not our preferred option,” the Commission spokeswoman said, adding the agreement reached was the “best possible” and could not be re-negotiated.

“Our no-deal preparedness protects the EU 27 and the interests in the case of a no-deal Brexit,” she said.

Johnson, who took over as prime minister two weeks ago, has taken a hard line with the EU, demanding that it show willingness to change the deal it agreed with his predecessor before negotiations can restart to secure Britain’s smooth departure from the bloc.

His insistence that Britain is boosting preparations to leave without a divorce agreement if Brussels refuses to renegotiate has spooked markets, sent the pound tumbling and prompted some lawmakers to suspect a no-deal Brexit is his ultimate goal.

A report in The Guardian newspaper cited EU diplomats as saying they believed a no-deal Brexit was the “UK government’s central scenario.”

The government source said this was not the case, but the EU had to understand that Johnson could not again bring forward the deal that was rejected by Britain’s parliament three times, leading to the resignation of his predecessor Theresa May.

“We want a deal. It’s sad that they don’t want to negotiate with us,” the source said, on condition of anonymity.

“The fact that the Withdrawal Agreement has been rejected by large margins by the House of Commons on three occasions means that, if there’s going to be a deal, they have to be prepared to renegotiate. We’re ready and willing to do so.” Johnson has said Britain will leave the EU on Oct.31 with or without a deal.

His government says the only way to secure a deal would be to ditch the Irish backstop - an insurance policy designed to prevent the return of border controls between EU-member Ireland and Britain’s province of Northern Ireland that were ended by the 1998 Good Friday peace agreement.

The Withdrawal Agreement May struck in November with the EU says the United Kingdom will remain in a customs union “unless and until” alternative arrangements are found to avoid a hard border. Many British lawmakers oppose being bound to EU rules and customs duties post-Brexit.

The EU has repeatedly ruled out renegotiating the Withdrawal Agreement, and The Guardian cited a senior EU diplomat as saying Britain “does not have another plan.”

“No intention to negotiate, which would require a plan,” the newspaper quoted the diplomat as saying after meeting David Frost, the British government’s new chief Europe adviser.

“A no-deal now appears to be the UK government’s central scenario.” An EU official briefed on the meeting on July 31 described it as “introductory” when Frost said little more than what Johnson has said publicly.

She was responding to an op-ed by British Brexit Minister Stephen Barclay, who said the EU’s chief Brexit negotiator, Michel Barnier, must go back to EU leaders to change the terms of the talks because the British parliament will not accept the current deal.

“So far it...remains unchanged - this position that the withdrawal agreement is not up for negotiation but we are open to talk about the political declaration,” Mina Andreeva told a news briefing in Brussels. 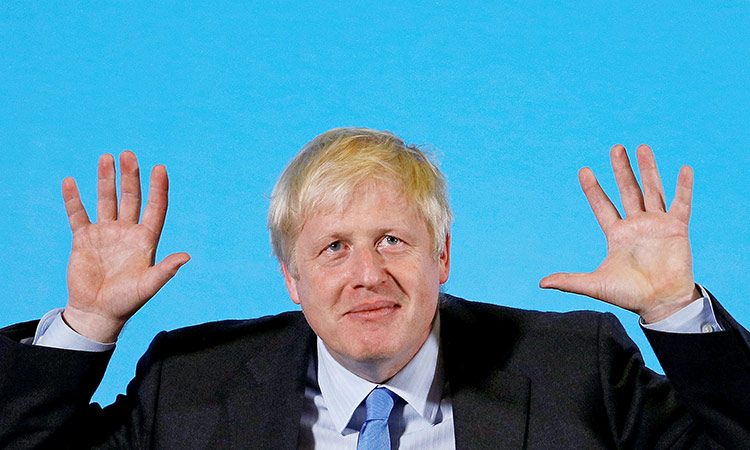 The European Union is bracing for either a no-deal Brexit or another delay if Boris Johnson becomes Britain’s prime minister next week with a pledge to renegotiate a deal the bloc says it will not reopen.