March to end murder in violence-plagued US city - GulfToday

March to end murder in violence-plagued US city 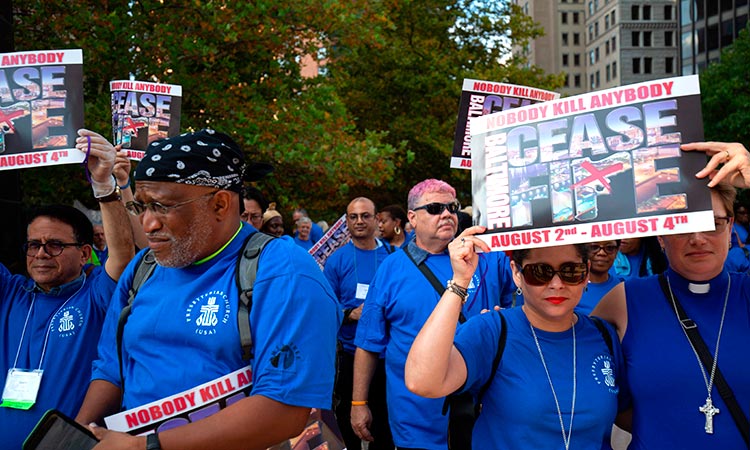 The misery and hope of the city of Baltimore are on display at the corner where 40 year old, Levar Bailey was shot dead.

As part of a "Ceasefire" weekend that began early Friday, activists marched to the Park Avenue corner and other sites in Baltimore's downtown to remember victims of violence in a city with one of the highest murder rates in the US. 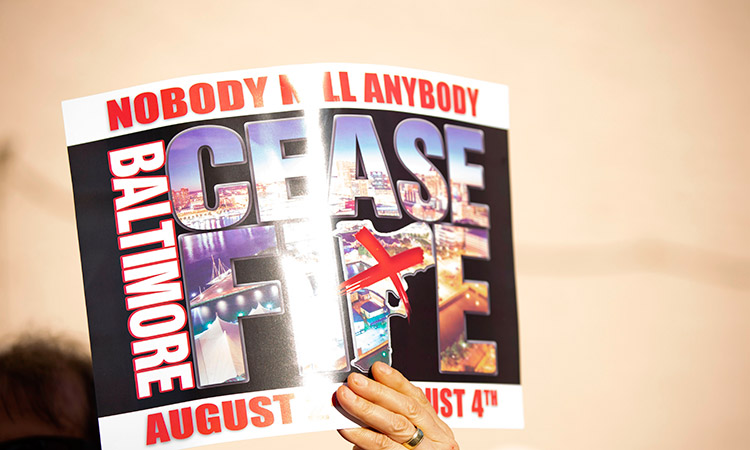 A participant holds up a sign during a Baltimore Ceasefire "peace walk" in Baltimore, Maryland. Alastair Pike/AFP

"Bestow your healing touch upon this city," the crowd of about 100 said in unison, praying in front of a park near where Bailey was murdered in November 2017.

That was the year of the first Ceasefire — an event held every three months that seeks to stand up to violence, create awareness, and strengthen community bonds with the ultimate goal of ending murder.

"So many have died, and so little has been said," Bob Hoch, of First and Franklin Presbyterian Church in Baltimore, says through a megaphone on Park Avenue across from a building daubed with graffiti.

"This may be a small step, but it's a positive step.

Most of the marchers -- a mix of black and white faces -- wear blue T-shirts with the logo of the Presbyterian Church USA.

A man leaning on a metal crutch clunks past them on the road.

The activists continue their "peace walk", past a man lying motionless on the sidewalk across from buildings with a sign up outside them that says: "Now leasing: 1-2-3 bedroom apartments." 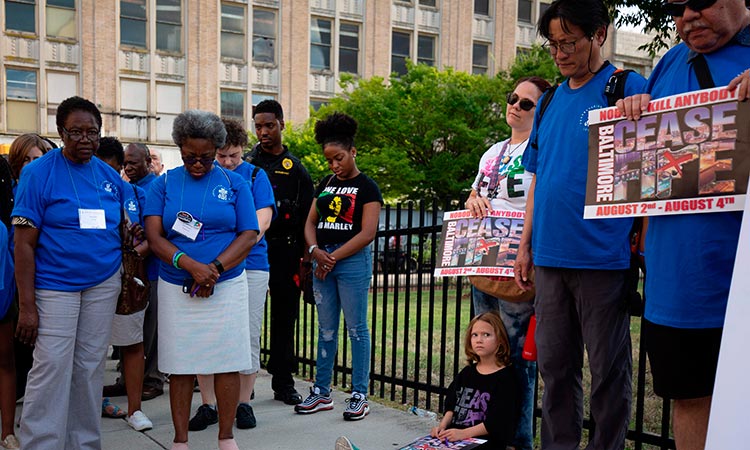 People stop near a scene of homicide as they take part in a ceasefire "peace walk" in Baltimore. Alastair Pike/AFP

Some marchers tie small purple ribbons on a fence above the motionless man. His mouth is open and a bottle of liquid pokes out from the back pocket of his jeans.

The marchers turn right, onto another street to remember Dwight Taylor, 25, shot dead in a barber shop in April 2011.

Men hang out on the busy street, which is lined with small retailers.

Although more than 300 have been killed each year in Baltimore since 2015, activists say they are making a difference.

"This may be a small step, but it's a positive step," Keith Paige, pastor of Baltimore's Cherry Hill Community Presbyterian Church, told the media, sweat glistening on his forehead in the humid evening air.

The activists are "putting a face on violence, letting people know that we are not statistics," Paige said.

He stops to help a stranger who has fallen into the street after a screaming match with a woman outside a shop. 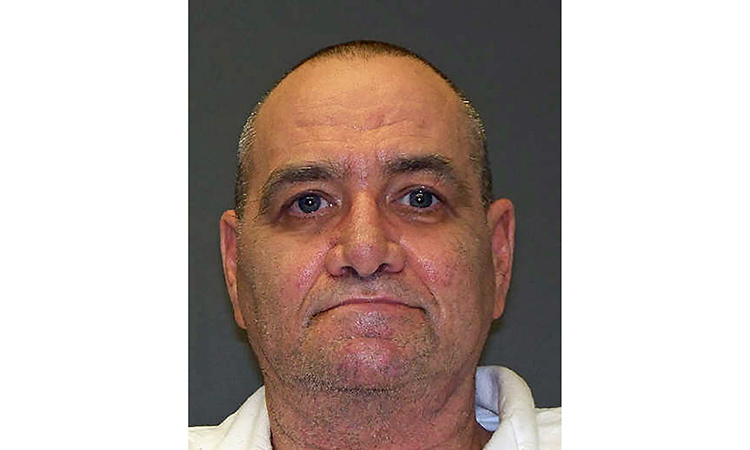