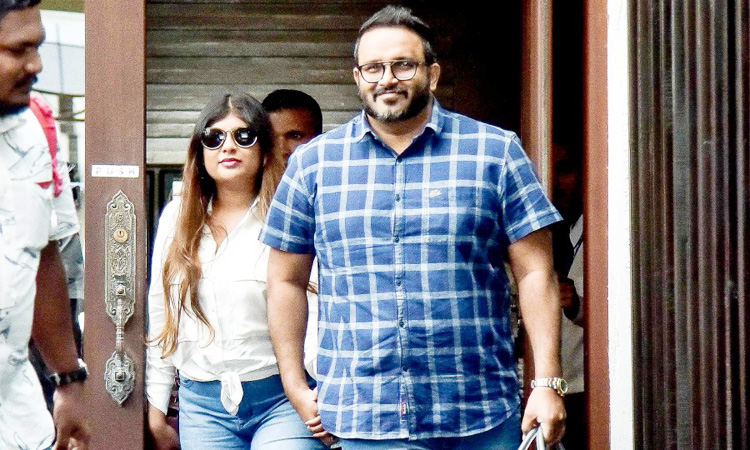 Ahmed Adeeb was detained in India for trying to enter the South Asian nation illegally on a boat. File photo/ AFP

India on Saturday deported former Maldives vice president Ahmed Adeeb, who faces attempted murder and corruption charges at home, after he tried to enter the country on a tugboat, officials said.

Adeeb arrived at the southern port of Tuticorin on Thursday in the boat and was detained for attempting an unauthorised entry without a passport.

A top police officer in the port city in Tamil Nadu state told AFP that Adeeb and the boat's crew were handed over to Maldivian security at their maritime border in the Indian Ocean.

“They were handed over to the authorities early Saturday,” the official said on condition of anonymity.

Adeeb was released from a Maldives jail in May after a court quashed a conviction for attempting to kill then-president Abdulla Yameen in 2015.

But he is due to face a new trial over the case and is also under investigation for corruption dating back to when he was deputy to Yameen, who was defeated in an election last year.

The Maldives government had seized his passport during the probes.

Maldivian police said Adeeb was to have appeared before investigators in the misappropriation of state funds case on Wednesday but failed to show up.

The Dubai Criminal Court sentenced an Asian driver to life in jail, to be followed by deportation on charges of murdering a relative due to ill-treatment.