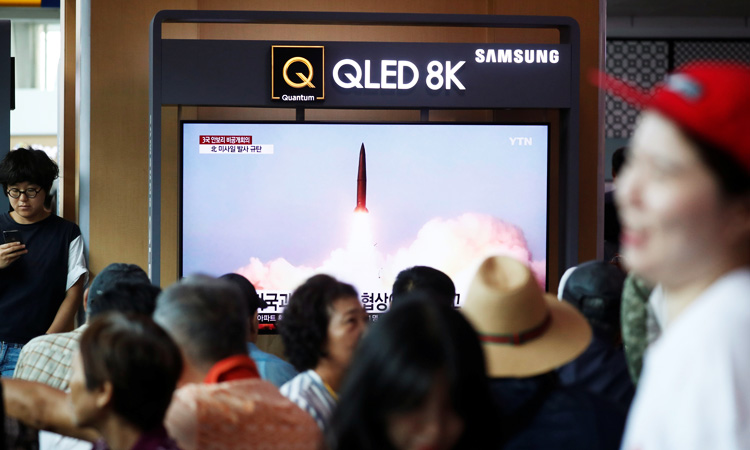 People watch a TV showing a file picture of a N.Korean missile for a news report on North Korea firing short-range ballistic missiles in Seoul on Friday. Kim Hong-Ji/ Reuters 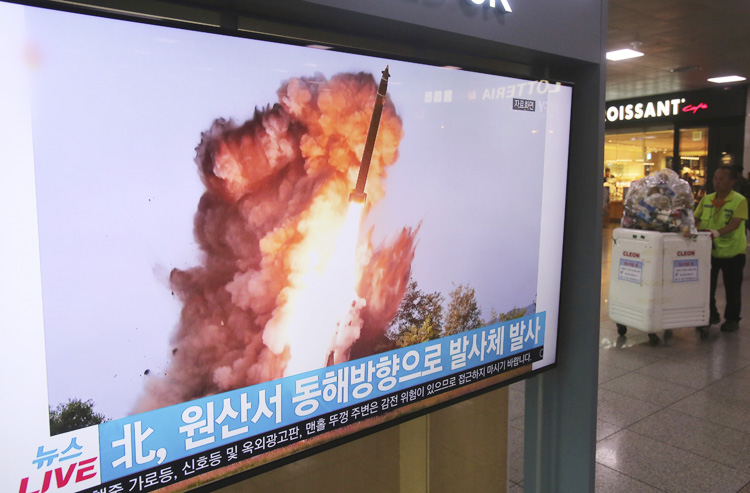 The North Korea missile flew about 450 kilometers (280 miles) at a maximum altitude of 910 kilometers (565 miles) after liftoff from an unspecified place in the waters off the North's eastern coastal town of Wonsan.