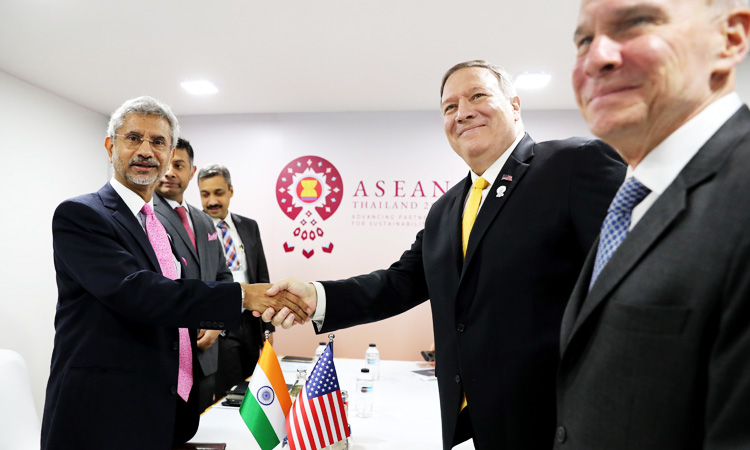 India has again rejected President Donald Trump’s offer to mediate its dispute with Pakistan over Kashmir.

India’s foreign minister says he told Secretary of State Mike Pompeo that any discussion of the disputed Himalayan region would be between India and Pakistan only. The two men met on Friday on the sidelines of an Asian security forum in Bangkok. India has long refused outside attempts to resolve the conflict while Pakistan has sought international help. The State Department had no immediate comment.

Trump said last month that India’s prime minister had recently asked him whether he would like to be a mediator or arbitrator on Kashmir, which has been the cause of two wars between India and Pakistan, something New Delhi has denied. Trump reiterated his offer to intervene on Thursday.