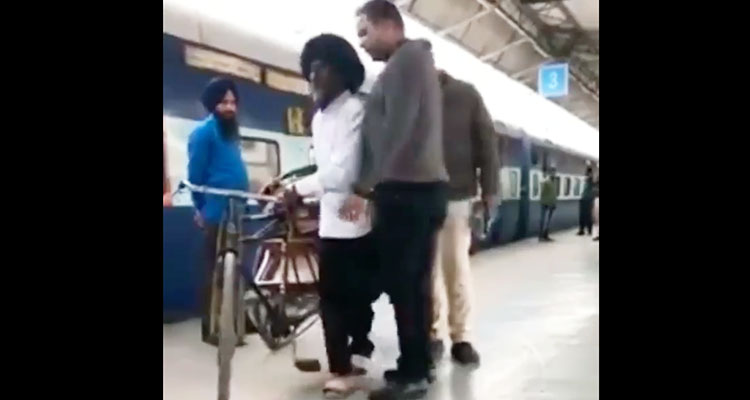 A video on social network site of an elderly rickshaw-puller being thrashed by policemen has come to fore. The incident took place at the railway station in Jalandhar city.

His only fault was that he reached the platform on the rickshaw to drop a passenger, who as per the social media was a physically challenged.

He said the old rickshaw puller at the Jalandhar railway station came there to drop a handicapped person.

"I demand strict action against the cops who kept their humanity aside and misused their position," he added.

Joining the issue, Sandeep Mishra demanded that all the policeman should be suspended immediately.

Asking Chief Minister Amarinder Singh to take action, Mishra tweeted: "@Priyanka Gandhiji if you are free from your political drama then look what is happening in Congress ruled states."

"@Rahul Gandhi where are you," he added.