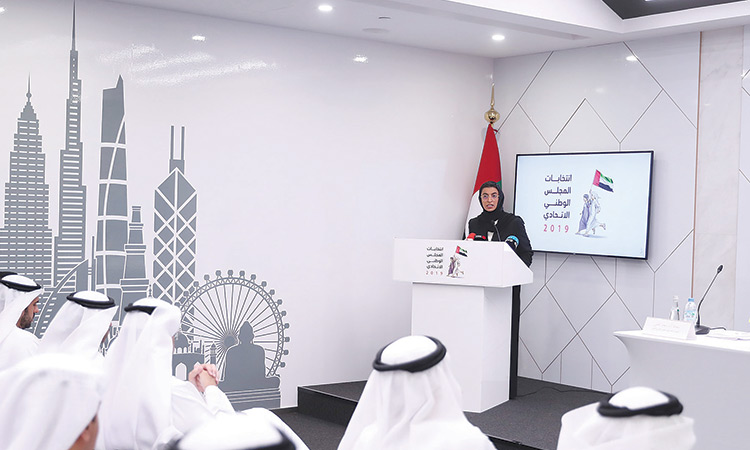 “The elections enable the people to help create their future, as well as their children’s future,” said Noura Bint Mohammed Al Kaabi, Minister of Culture and Knowledge Development who is also a member of the National Elections Committee (NEC), and Chairperson of the NEC Media Committee.

She was talking at a media briefing organised by the NEC to announce the latest updates related to the FNC election 2019.

“The UAE’s parliamentary experience is progressive and will help it achieve political development over several phases,” the minister said.

The NEC is organising the election according to the highest standards of accuracy, transparency and objectivity, in line with the UAE’s overall development and the aspirations of the country’s leadership, Al Kaabi said.

“Empowering the UAE’s citizens and increasing their contribution to the decision-making process was inspired by the Political Empowerment Programme of President His Highness Sheikh Khalifa Bin Zayed Al Nahyan, which was announced on the occasion of the 34th National Day in 2005, with the aim of empowering the FNC to become the country’s guiding executive authority, as well as enabling it to get closer to the country’s citizens,” she added.

Al Kaabi explained that the election embodies the advancement of the country’s electoral process while affirming that the participation of the relevant electoral authorities will empower the FNC and strengthen its national parliamentary role, to meet the needs of the Emirati community.

She also praised the efforts of the media to monitor and publish news related to the elections, which will promote awareness about the electoral process among the entire community.

The briefing highlighted the decision of Sheikh Khalifa to raise the percentage of female FNC members to 50 per cent.

NEC has prepared 39 polling stations around the country for the FNC, election, which will be held in October 2019. The NEC also noted an increase in the number of registered voters by 50.58 per cent compared to 2015, totalling 337,738 voters.

The NEC made this statement during a media briefing that announced the latest updates to the election, which was held at the Foreign Correspondents’ Club in Abu Dhabi, with the attendance of several media leaders.

During the briefing, the NEC said that the decision of President His Highness Sheikh Khalifa Bin Zayed Al Nahyan to raise the percentage of female FNC members to 50 per cent will strengthen the country’s political development, and is an important part of his “Political Empowerment Programme” launched in 2005, which aims to prepare citizens to participate in public life and enable the FNC to become closer to the people.

The NEC also explained the mechanisms of implementing Sheikh Khalifa’s decision, noting that the ruler of each emirate can specify the number of seats held by women when electing their emirate’s representatives in the FNC while ensuring that this number does not exceed half of the total. The number of seats allocated to women will be announced before the start of the nomination process, it added.

Recently, in line with its efforts to educate members of the electoral colleges on the candidacy procedures and requirements ahead of the fourth cycle of the FNC elections in Otober 2019, NEC announced training workshops for members seeking to contest the FNC elections.

The workshops are to be hosted in the emirates of Umm Al Quwain, Abu Dhabi and Dubai from Aug.1 to Aug.6, 2019.

The Committee urged potential candidates to attend the sessions organised as per a set schedule and benefit from the key insights. 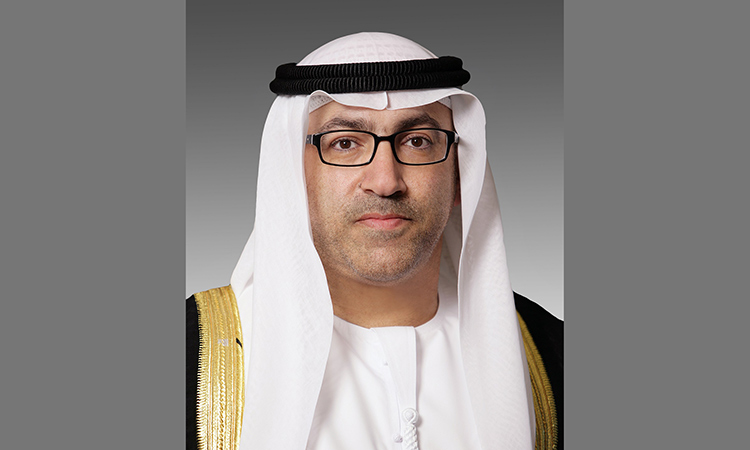