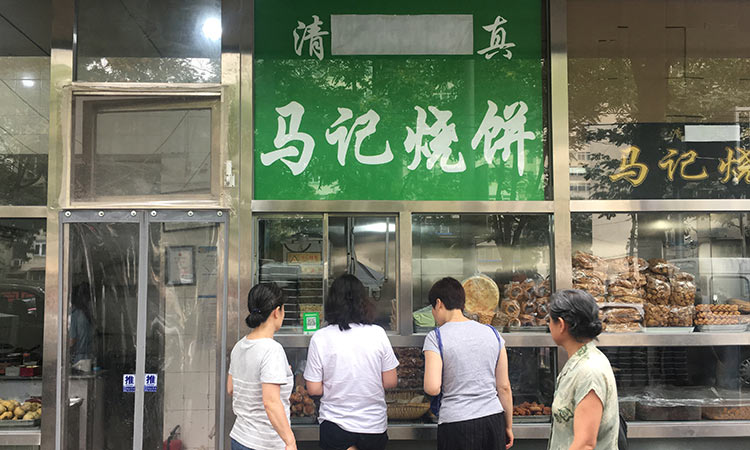 The Arabic script on the signboard of a halal food store is seen covered at Niujie area in Beijing. File / Reuters / Stringer

Authorities in the Chinese capital have ordered halal restaurants and food stalls to remove Arabic script and symbols associated with Islam from their signs, part of an expanding national effort to "Sinicise" its Muslim population.

Employees at 11 restaurants and shops in Beijing selling halal products and visited by media in recent days said officials had told them to remove images associated with Islam, such as the crescent moon and the word "halal" written in Arabic, from signs.

Government workers from various offices told one manager of a Beijing noodle shop to cover up the "halal" in Arabic on his shop's sign, and then watched him do it.

"They said this is foreign culture and you should use more Chinese culture," said the manager, who, like all restaurant owners and employees who spoke to Reuters, declined to give his name due to the sensitivity of the issue.

The campaign against Arabic script and Islamic images marks a new phase of a drive that has gained momentum since 2016, aimed at ensuring religions conform with mainstream Chinese culture.

The campaign has included the removal of domes on many mosques around the country in favour of Chinese-style pagodas. 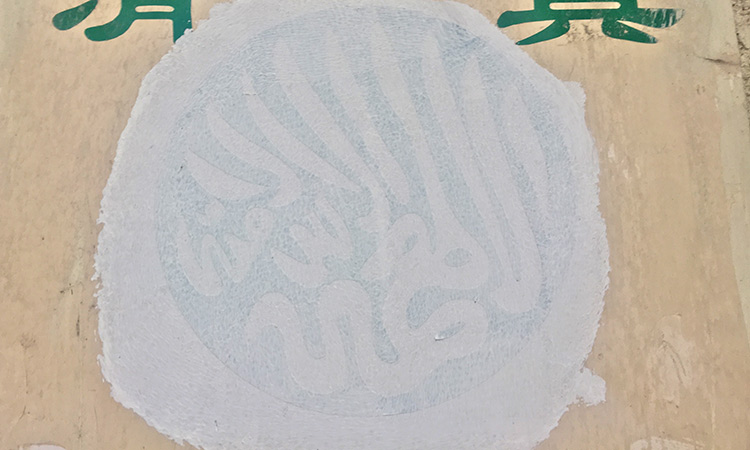 The Arabic script on a halal sign outside a store is seen covered at Niujie area in Beijing.  File / Reuters / Stringer

China, home to 20 million Muslims, officially guarantees freedom of religion, but the government has campaigned to bring the faithful into line with Communist Party ideology.

It's not just Muslims who have come under scrutiny. Authorities have shut down many underground Christian churches, and torn down crosses of some churches deemed illegal by the government.

But Muslims have come in for particular attention since a riot in 2009 between mostly Muslim Uighur people and majority Han Chinese in the far western region of Xinjiang, home to the Uighur minority.

Spasms of ethnic violence followed, and some Uighurs, chafing at government controls, carried out knife and crude bomb attacks in public areas and against the police and other authorities.

In response, China launched what it described as a crackdown on terrorism in Xinjiang.

Now, it is facing intense criticism from Western nations and rights groups over its policies, in particular mass detentions and surveillance of Uighurs and other Muslims there.