Huge crocodile comes out of a drain in Maharashtra town, see what happens next - GulfToday 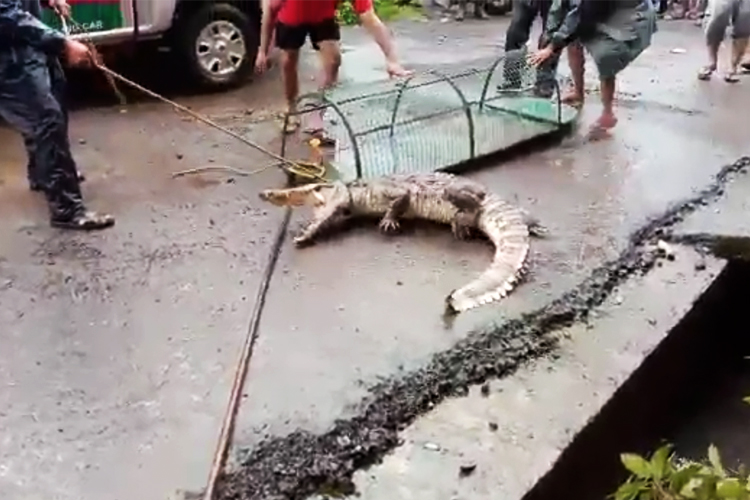 Maharashtra's coastal Ratnagiri district saw unusual scenes. An eight-foot-long crocodile was rescued from a roadside drain in the tourist resort of Chiplun.

Locals alerted the Forest Department about the crocodile stuck in the drain.

Authorities with gears arrived at the site and cordoned off the area. The crocodile was pulled out of the drain with the help of ropes.

Horrified residents and tourists said the reptile was huge and showed no sign of giving up to the authorities.

The Forest Department officials managed to catch the crocodile, and took it in their vehicle.

A video of the reptile emerging out of the drain has gone viral on the Internet. The incident occurred in Chiplun's Dadar area.

The incident occurred on July 26 when Ratnagiri was lashed by heavy rain leading to floods.

The crocodile is suspected to have entered the drainage system due to the water overflow from the nearby river.