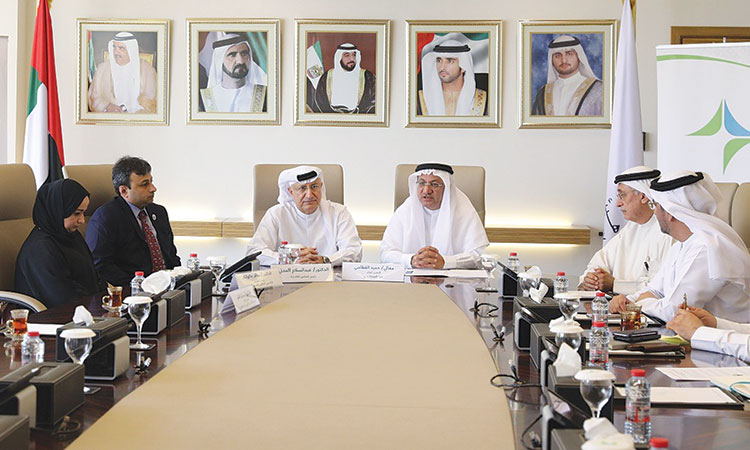 Dubai will host the five-day “The 5th World Academic Congress of Emergency Medicine (WACEM)” from Oct. 20 under the patronage of Sheikh Hamdan Bin Rashid Al Maktoum, Deputy Ruler of Dubai, UAE Minister and President of the Dubai Health Authority (DHA).

With the theme “Technologies, Therapies & Transformation,” details of the event running until Oct. 24, at the Roda Al Bustan Dubai Airport, were announced at the press conference on Tuesday at the DHA headquarters.

World Academic Council for Emergency Medicine (WACEM) executive director Dr. Sagar Galwankar said the main reason for the choice of Dubai for the 2019 edition—from the 2017 biddings—was its hosting of the Oct. 20 to April 10, 2020 Expo2020 Dubai, a landmark in the region.

Galwankar pitched for the learning experience participants that include over 100 speakers and lecturers will be benefitting from the summit as they too will witness the emergency/security/risks preparedness the host government and Expo2020 Dubai stakeholders are into.

“This (WACEM) is significant. It precedes the Expo2020 Dubai. The (congress) participants will get to know and learn how Dubai is preparing and will be well-prepared for the Expo2020 Dubai. We will bring the world to Dubai. Dubai will also be bringing to the world what they have here with regards emergency situations,” he said.

In a related news, Ministry of Health and Prevention (MoHaP) employees from all the medical districts across the UAE recently attended a three-day workshop on emergency response and crisis management in coordination with the Emirates Foundation, Sanid.

MoHaP-Emergency, Crisis and Disaster Operations Centre director Dr. Abdul Karim Abdullah Al Zarouni said: “The workshop comes as part of fostering the capabilities and reinforcing the efficiency of MoHaP personnel in terms of the appropriate response (and interventions) to all possible emergencies and crises” based on the correct assessment of all properly documented data that include damages.

Saying WACEM—the council—has seen how Dubai has been in the forefront of hosting prominent regional and international gatherings, Galwankar added WACEM—the congress—will reinforce Dubai’s competitiveness in the field of Emergency Medicine.

The Florida State University-Emergency Medicine Research director & associate professor defined Emergency Medicine as the “360 approach and the 24/7 response” to all critical situations and which revolves around trauma, acute care and pre-hospital care, among others.

Interviewed, Khadim said the Dubai hosting is relevant since Emergency Medicine people are the “front liners” and that Emergency Medicine is “something which you cannot do without because in almost all situations, you go to the hospital always on emergency.”

She said this specialization is quite new with it being in the UAE and specifically at Rashid Hospital in Dubai since 2007.

On the Gulf Today enquiry on whether new Emergency Medicine guidelines will be announced at the congress, Galwankar said that one of the highlights will be on the seminar-training workshops on pre-hospital care, the basics of which will be the latest on the use of the portable ultrasound system so that from any crisis or emergency situation anywhere in the world, Emergency Medicine people will be able to transmit quickly to hospitals the conditions of patients or victims that will lead to quicker resolutions of medical cases.

Galwankar said it is the speed of the required proper pre-hospital care that counts.

Khadim said such novel approach will reduce the waiting time for the required tests such as the computerized tomography scan: “We can do immediately what has to be done with the patient once the ambulance arrives at the hospital.”

Confirmed lectures at the October summit are food innovations by a toxicologist, the personal experience of a medical doctor who became a patient in the hospital he works in, and how a physician-world traveler has set up hospitals wherever he went. 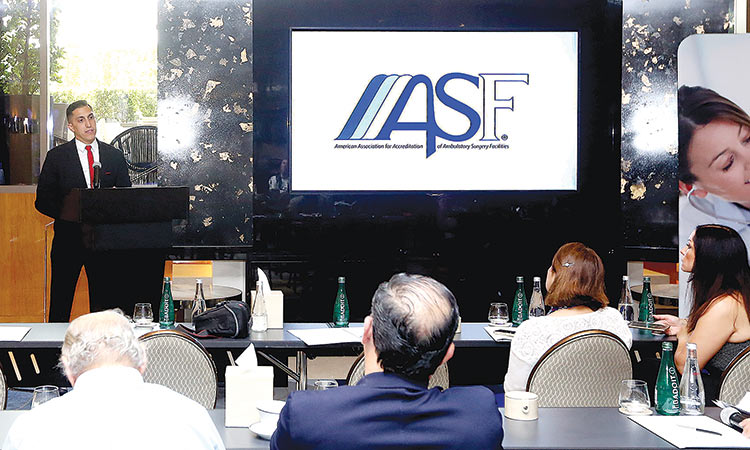