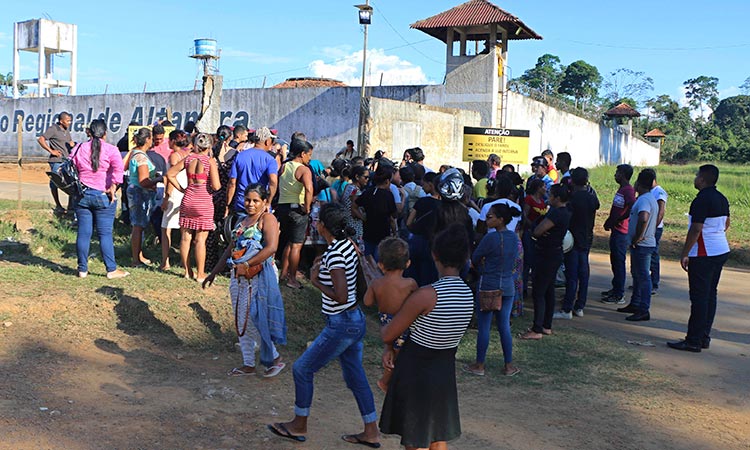 People seek information about family members who are prisoners after a riot inside the prison in Altamira, Brazil.

At least 57 inmates were killed during a prison riot in northern Brazil on Monday as rival gang factions fought each other, an official said. 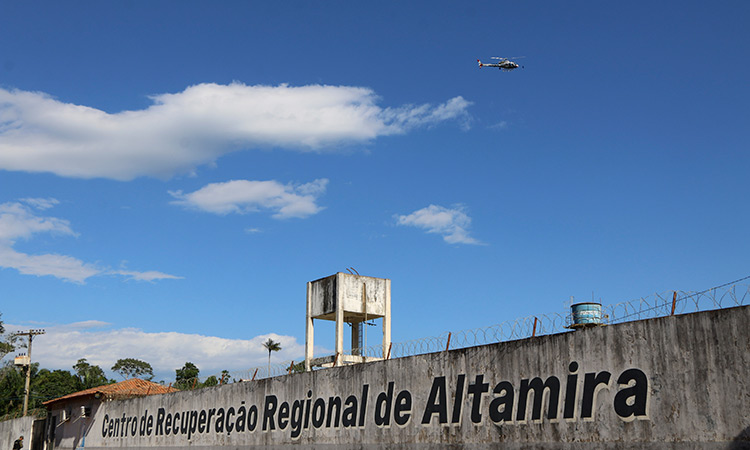 A police helicopter flies over a prison in Altamira, Para state, Brazil, on Monday.

Fighting broke out in the Altamira Regional Recovery Center at around 7am (1000 GMT), an official from the Para state government's penitentiary department told the media.

Two guards were taken hostage during the hours-long clashes, which were brought under control at around midday. The guards were eventually freed.

Brazilian TV stations showed footage of thick black smoke rising from the prison compound and people sitting on the roof of a building.

Other images showed flames inside a building that almost reached the ceiling and people, apparently prisoners, sitting on the ground outside.

"It is likely that many detainees died from asphyxiation (from smoke)," the government official said, adding that the death toll could rise.

No firearms were found at the scene, but improvised knives appear to have been used in the turf war, according to a statement issued by the penitentiary department.

“It is likely that many detainees died from asphyxiation (from smoke).

Some of the bodies have not yet been recovered due to the heat inside some of the prison structures.

The Ministry of Justice and Public Security said ringleaders of the violence would be transferred to federal jails, which are more secure.

Some 311 prisoners were being held at the jail, which the department said was not overcrowded. It reportedly has a capacity for 200 inmates. 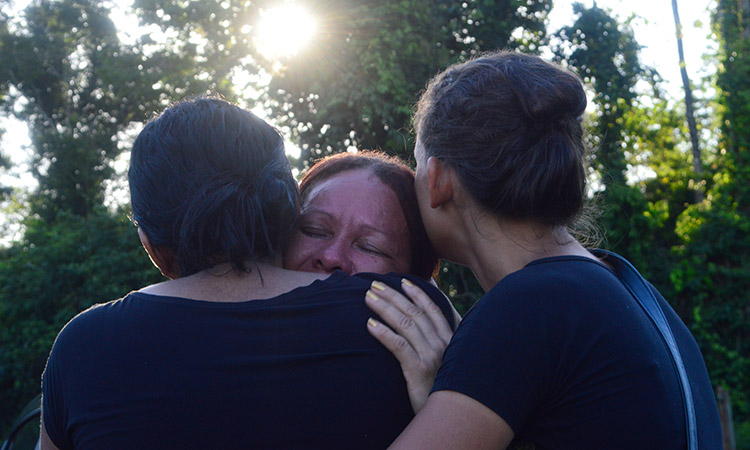 A woman cries after receiving information that her husband was one of the inmates who died during riot. Bruno Santos/Reuters

In May this year, at least 55 prisoners were killed in several jails in the neighboring state of Amazonas in violence also blamed on an apparent drug trafficking gang dispute.

Most of the victims were killed by asphyxiation, the state government said at the time.

The federal government dispatched reinforcements to boost security in the jails.

Brazil has the world's third-largest prison population after the United States and China, with 726,354 inmates as of June 2017, according to the latest official statistics released this month.

“Brazilian policymakers have typically responded to the prison crisis by building more prisons, stiffening penalties, and separating gang leaders from the rank and file.

The population is more than 40 per cent above the capacity of the nation's jails, which in the same year was estimated to be 423,242 inmates.

The federal government had been expected to add another 115,000 inmates by the end of 2018, Human Rights Watch said in a recent report.

Around 33 per cent of the prison population is made up of pretrial detainees.

Along with severe overcrowding and gang violence, riots and breakout attempts in Brazil's prisons are not uncommon. 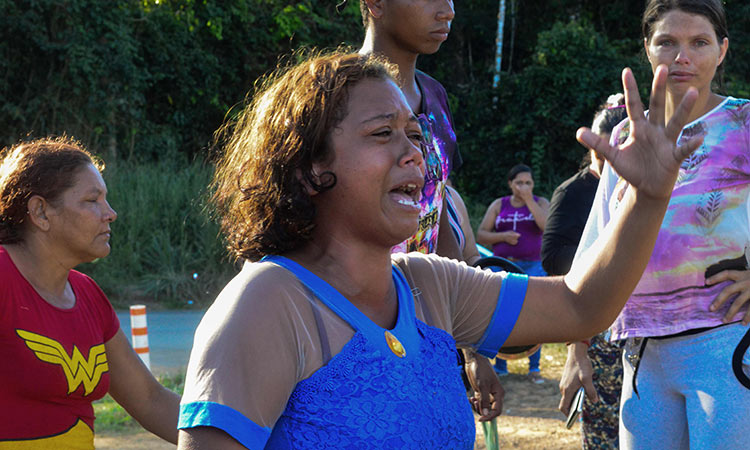 Relatives of inmates wait for information about their loved ones outside the prison. Bruno Santos/Reuters

Experts estimate hundreds of people are killed in prison violence every year in Brazil. Conditions have been described as inhuman, with most inmates poor, black and with little formal education.

"Brazilian policymakers have typically responded to the prison crisis by building more prisons, stiffening penalties, and separating gang leaders from the rank and file," said Robert Muggah, research director at the Igarape Institute, a think tank in Rio de Janeiro.

"The only way the government can turn the situation around in the short-term is by reducing the stock and flow of inmates."