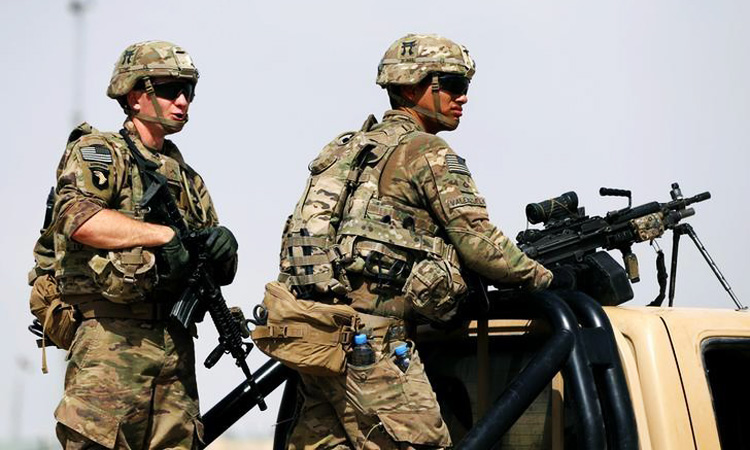 US troops outside their base in Uruzgan province, Afghanistan. File photo/ Reuters

An Afghan soldier was responsible for the killing of two American troops a day earlier, an official told AFP on Tuesday, in what appears to be the latest example of an insider attack.

Mohammad Qasam, a deputy police chief in Kandahar province in southern Afghanistan, said the attack took place at an Afghan army base during a visit by US forces.

“Initial information was two US forces have been killed and one more wounded,” Qasam said.

In a statement to AFP, Taliban spokesman Zabihullah Mujahid said an Afghan soldier, not an infiltrator, had killed the two.

“A patriotic Afghan soldier opened fire on them and killed them” in the attack in Kandahar, Mujahid said.

Bahir Ahmadi, the Kandahar governor’s spokesman, also said the incident occurred at an Afghan army base.

On July 17, an Afghan army soldier shot and killed an influential Afghan army colonel while he was conducting a security assessment in Ghazni province.

The Taliban claimed responsibility for that killing.

Insider attacks, sometimes referred to as “green on green,” are a constant threat in Afghanistan for international and Afghan forces alike.