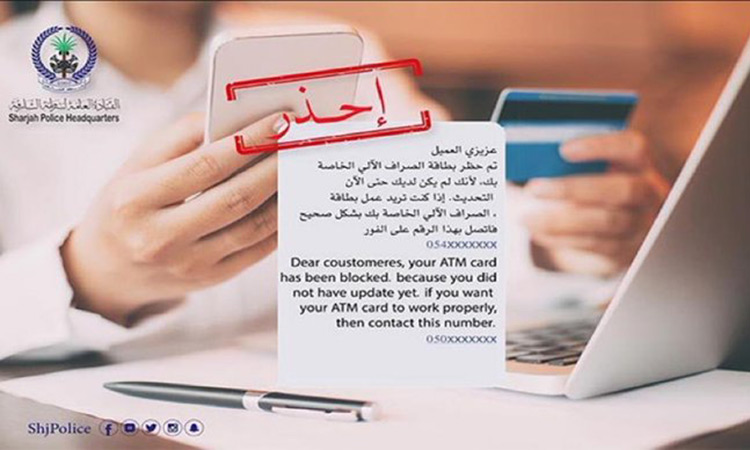 Sharjah police have urged residents not to disclose or share their bank information.

The Sharjah Police General Directorate have warned residents of the UAE against fraudulent bank messages  circulated by fraudsters posing as bank employees, claiming to update personal bank information of their victims.

Several reports were received by police regarding the bank scam that is taking place through fake text messages and sites which require information related to the victims’ bank accounts, debit card numbers or confidential PIN numbers, in order to steal their funds.

Sharjah police have urged residents not to disclose or share their bank information with any unauthorised online banking services, and to complete transactions through their bank’s official channels.

Sharjah police confirmed they are stepping up all efforts to arrest the imposters; meanwhile, all bank customers have been urged to completely disregard such messages. Scam incidents must be reported to the police on the following numbers 065943446 / 065943228 or through the email address tech_crimes@shjpolice.gov.ae.

Recently, ten alleged serial scammers were hauled back into court for siphoning Dhs784, 400 from an elderly Emirati trader’s bank account.

An Asian sales executive at the bank’s branch in Dubai abused his duties to log onto the e-system of another branch. He accessed the bank account of the Emirati trader, 75, prosecutors explained to the Dubai Criminal Court.

He obtained the trader’s personal data and bank account details and disclosed it to a fugitive senior scammer who passed it to an unemployed countryman, a businessman and an employee and a fugitive accomplice.

Three gang members forged a trade licence and company card attributed to the trader. They also forged a letter indicating the trader tasked a man (who already left the UAE) with obtaining for him a replacement SIM card.

They met a telecom company clerk and offered him a Dhs10, 000 bribe to confirm the trader’s telephone number was correct. They gave him the alleged tasked man’s fake ID copy. He entered its data in the e-system.

He connived with them to sever services to the trader’s SIM card and issue a replacement card. Using smart devices including a tablet, they logged onto the bank’s online banking services using the replacement SIM card. They received messages from the bank containing secret codes. The countryman, accomplice, businessman and employee conducted several cash transfers worth Dhs24, 000 to the account of a complicit official. 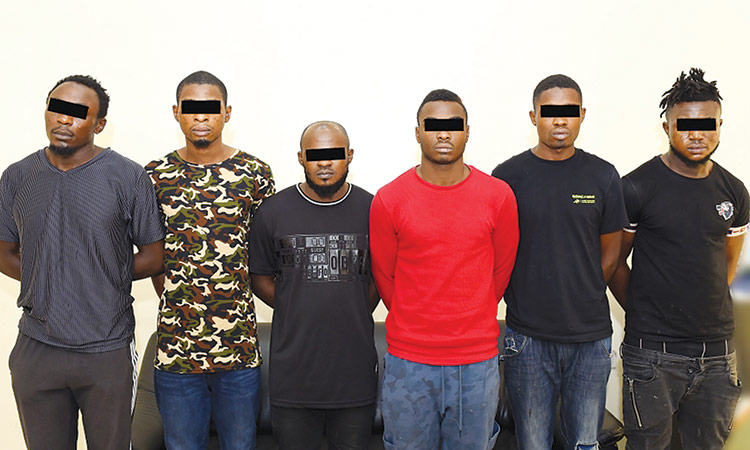