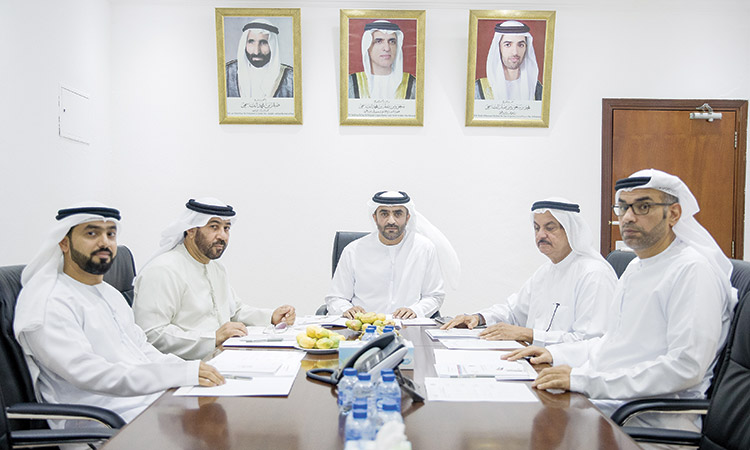 In line with its efforts to educate members of the electoral colleges on the candidacy procedures and requirements ahead of the fourth cycle of the Federal National Council (FNC) elections in October 2019, the National Election Committee (NEC) on Monday announced training workshops for members seeking to contest the FNC elections.

The workshops are to be hosted in the emirates of Umm Al Qaiwain, Abu Dhabi and Dubai from Aug.1-6, 2019.

The committee urged potential candidates to attend the sessions organised as per a set schedule and benefit from the key insights. On Aug.1, a workshop will be organised at the theatre of Umm Al Qaiwain Cultural Centre.

Meanwhile, on Aug.4, a similar session will be conducted in Abu Dhabi at the conference hall on the second floor of the Abu Dhabi Chamber of Commerce and Industry building.

Finally, on Aug.6, members are invited to attend a training workshop at the Great Hall in the Dubai Police Officers Club.

In clarifying the executive regulations of the forthcoming elections, the workshops will highlight candidacy procedures and focus on the application process, the do’s and don’ts of the candidates’ electoral campaigns, the fulfilment of candidacy requirements and procedures, and the adherence to application timelines at every stage.

Tariq Hilal Lootah, Under-Secretary of the Ministry of State for FNC Affairs, said: “NEC aspires to achieve an exemplary electoral process that matches the highest standards of accuracy and transparency, and to promote awareness and education of the process among members of the electoral colleges. As part of this priority, we are organising training workshops to enrich the knowledge of those wishing to run for FNC membership, and inform them of all the candidacy procedures.”

He added: “The workshops will provide members of the electoral colleges with the practical experience to enable them to understand the rules and regulations of the various phases of the election, and become familiar with their rights, duties and obligations. We are confident that our efforts will improve the number of successful electoral campaigns and thereby ensure the success of the 2019 FNC elections.”

At the start of the meeting, Sheikh Abdullah welcomed the attendees, presented the committee’s agenda, and explained the timeframe set by the National Elections Committee, which established the stages of the electoral process, ranging from the start of the candidacy process on Aug.7, 2019, to the registration period for candidates from Aug.18-22, and the declaration of elected members on Oct.13, 2019.

The meeting discussed the committee’s plan to ensure an efficient election process, as well as the executive instructions of the National Elections Committee, and the services required during the entire elections.

Sheikh Abdullah said that the committee is intensifying its efforts to enhance the parliamentary process, in line with the national empowerment policy that reflects the vision of the country’s leadership, headed by President His Highness Sheikh Khalifa Bin Zayed Al Nahyan, and his resolution to raise the representation of women in the FNC to 50 per cent.