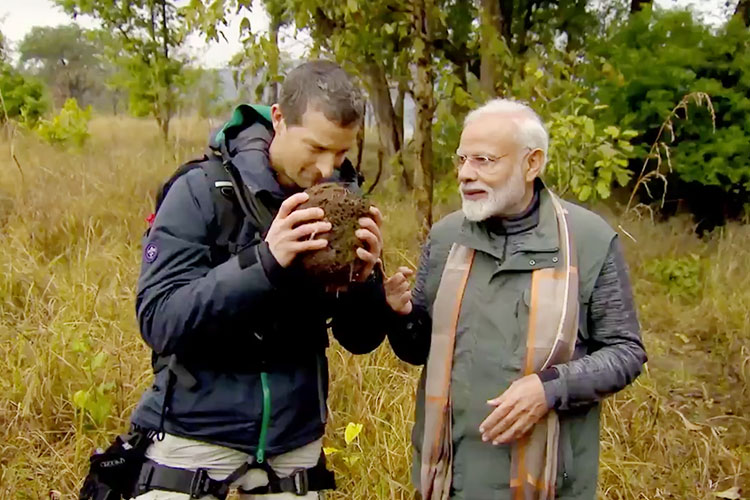 Bear Grylls and Narendra Modi interacts during thier stay in the wilderness.

India is struggling to protect its environment and its wildlife, as a huge and growing population puts ever more pressure on its wild spaces.

"People across 180 countries will get to see the unknown side of PM @narendraModi as he ventures into Indian wilderness to create awareness about animal conservation & environmental change," Grylls, star of survival show "Man vs. Wild" on the Discovery Channel, said on Twitter. 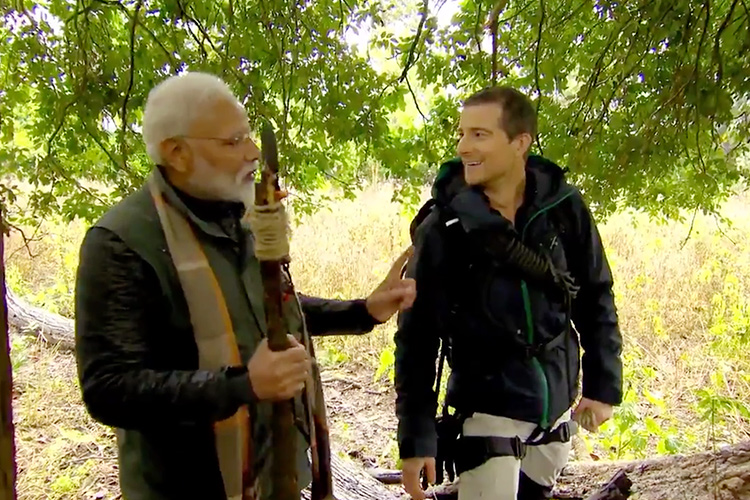 A trailer for the programme shows Modi, 68, driving into the Jim Corbett National Park in northern India guided by Grylls, with images of a tiger, a herd of elephants and deer running in the distance.

Modi said he had grown up in nature and the programme with Grylls was a chance to showcase India's rich wildlife. 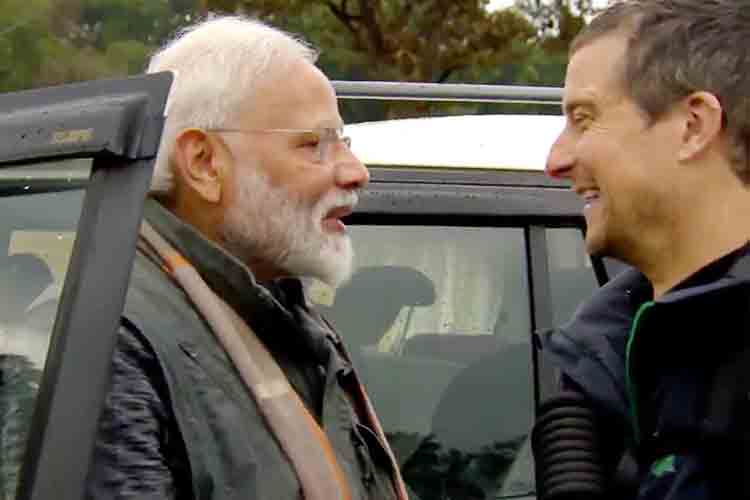 "For years, I have lived among nature, in the mountains and the forests," Discovery quoted Modi as saying in a statement.

"These years have a lasting impact on my life. So when I was asked about a special programme focussing on life beyond politics and that too in the midst of nature I was both intrigued and inclined to take part in it." 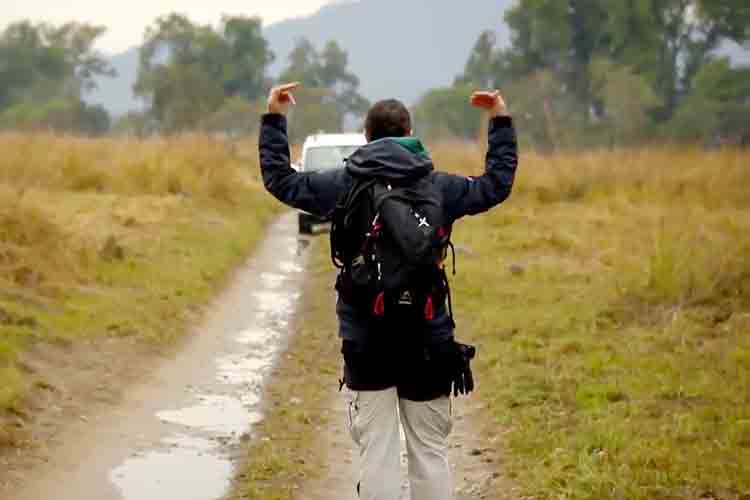 Bear Grylls gestures as Narendra Modi arrives to the site.

The show, which airs on Aug. 12, is stirring some excitement among fans of Modi, who led his party to a second straight general election victory this year.

India, which stretches from snow-bound Himalayan heights in the north to steamy tropics in the south, is home to most of the world's remaining wild tigers.

Commerce Minister Piyush Goyal shared a Twitter video of Modi opting for a chair over the sofa as officials can be seen replacing the sofa with a chair on Tuesday.