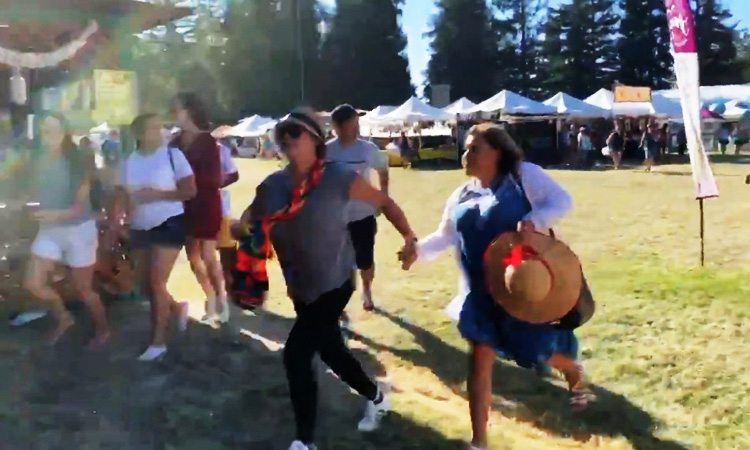 Social media video grab of people running away as an active shooter was reported at the Gilroy Garlic Festival, California. Reuters

Fifteen more were injured, including some who suffered gunshot wounds, although the number of those shot was not immediately clear. 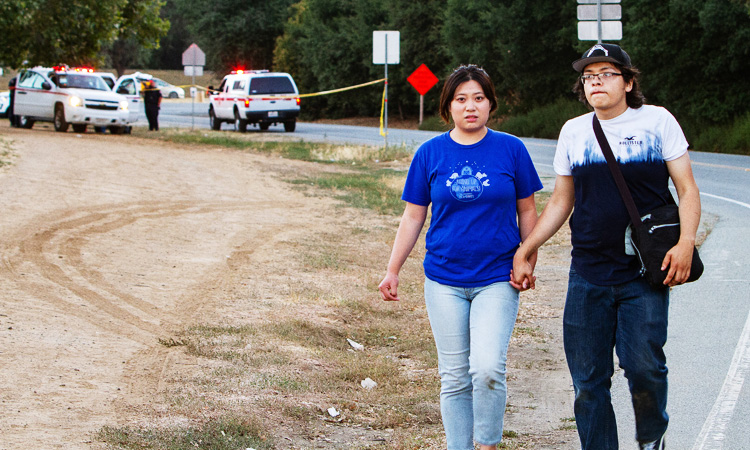 People leave the scene of a mass shooting during the Gilroy Garlic Festival in Gilroy, California on Sunday. Chris Smead/ Reuters

“It’s just incredibly sad and disheartening that at an event that does so much good the community had to suffer from a tragedy like this,” said Smithee, chief of police in the city of Gilroy, near San Jose.

The gunman appeared to have cut through a fence to get into the annual Garlic Festival. He may have had one accomplice, Smithee added.