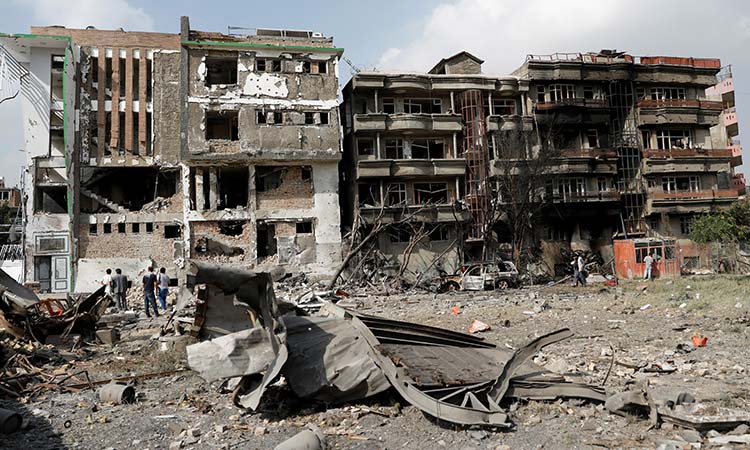 Deadly violence marred the start of Afghanistan's election season on the weekend, after President Ashraf Ghani insisted "peace is coming" to the war-torn nation.

At least 20 people were killed and 50 others wounded on Sunday in an attack targeting the Kabul office of Ghani's running mate, Amrullah Saleh. 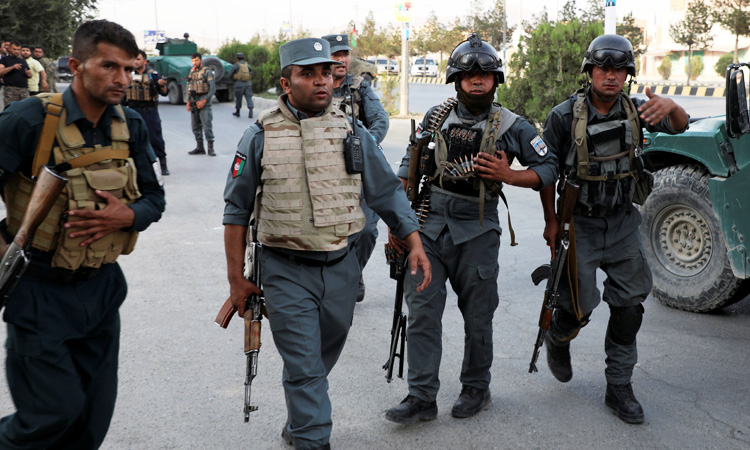 Afghan security forces keep watch near the site of a powerful blast in Kabul on Sunday. Omar Sobhani/ Reuters

The attack began around 4:40 pm (1210 GMT), when a huge blast struck near the office of Green Trend, a youth and reform-focused civil society organisation Saleh heads. He escaped without serious injury, his office said.

The interior ministry said the assault began when a suicide bomber detonated an explosives-packed car at the entrance to the building, then three attackers ran inside.

“We have been betrayed by the candidates in the past. We cannot trust them this time.

After about six hours the siege ended with all attackers killed and the rescue of about 150 people who had been trapped in the building, according to the interior ministry, which also provided the toll of 20 dead and 50 wounded.

Earlier on Sunday, a buoyant Ghani kicked off his campaign by insisting "peace is coming," after nearly 18 years of conflict, and that pivotal talks with the militant extremist Taliban would take place.

He is hoping to fend off challenges from 17 other candidates to score a second term at twice-postponed presidential elections now slated for September 28.

On Saturday Ghani's peace minister, Abdul Salam Rahimi, said direct talks would take place with the Taliban within two weeks as part of a larger, US-led push for peace.

Such a development could be crucial, as the Taliban -- who now control or influence about half of Afghanistan -- have so far refused to speak to Ghani's government. They consider the Kabul administration illegitimate.

War aside, the country faces a host of major issues ahead of the election, including rocketing crime, a lacklustre economy, soaring unemployment, and crumbling infrastructure.

Voters are despondent about the prospects of a fair election. Many worry about a repeat of violent attacks on previous polling stations by the Taliban and other insurgent groups trying to undermine Afghanistan's fragile democracy. 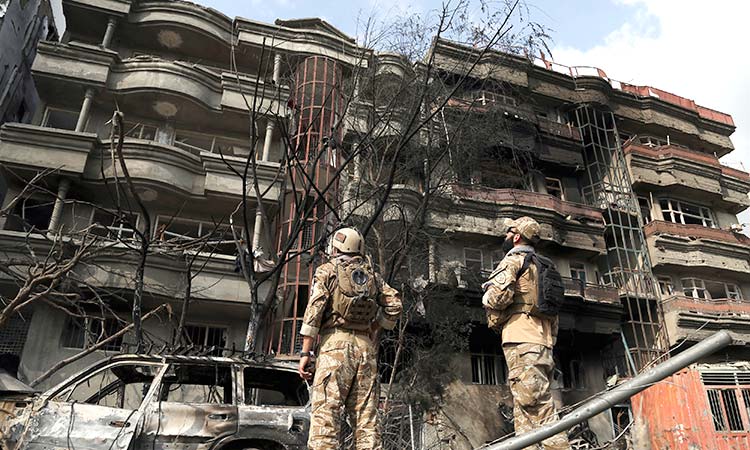 Afghan security forces stand guard at the site of Sunday's attack in Kabul, Afghanistan, on Monday.

Ghani insisted this year's vote would be "clean", but distrust is rife.

Sayed Jan, a 27-year-old student, said he won't be voting as he has lost faith since the 2014 election that was mired in allegations of fraud and ballot stuffing.

"We have been betrayed by the candidates in the past. We cannot trust them this time," he told AFP.

"We need peace in Afghanistan instead of elections. Even if I vote, the election will be fraudulent."

In Kabul, security forces fanned out across the city as leading candidates held rallies.

Ghani's top rival is Abdullah Abdullah, who currently serves as the president's chief executive under an awkward power-sharing arrangement brokered by the US after the 2014 election. 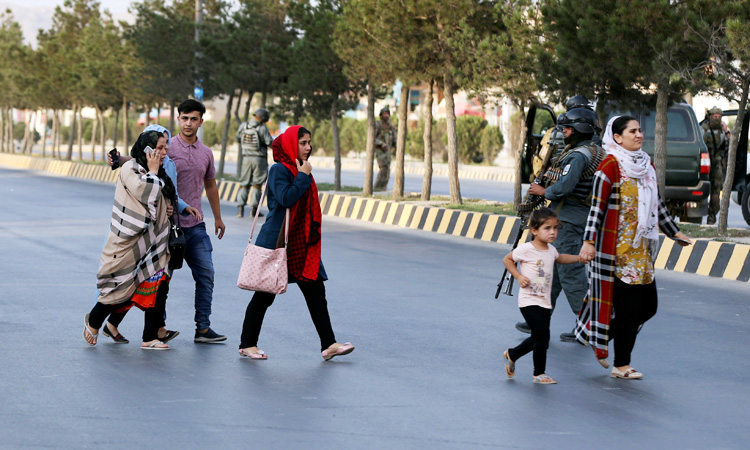 A family leaves the site of a powerful blast in Kabul on Sunday. Omar Sobhani/Reuters

"It is our national and religious duty to take advantage of any opportunities for peace," Abdullah told a campaign rally.

One crucial issue is that the elections happen at all: they were postponed twice this year and further delays could lead to more distrust.

Despite Ghani's claim that a summit between his government and the Taliban would take place shortly, the insurgents said they would only talk to Kabul after the US had announced a timeline for a withdrawal of foreign forces -- a major part of any deal.

"The Kabul administration will be considered a political side, just like others, and not a government," Taliban political spokesman Suhail Shaheen wrote in Pashto on Twitter.

Diplomatic sources have told AFP the Afghan-Taliban talks are scheduled to begin in Oslo on August 7.

US peace envoy Zalmay Khalilzad said Saturday that new "intra-Afghan" negotiations would only take place after the US and Taliban had concluded their own agreements.

Washington is hoping for a political agreement with the insurgents ahead of the September presidential election.

Other presidential candidates include Ghani's former national security advisor Hanif Atmar and former warlord Gulbuddin Hekmatyar, nicknamed the "Butcher of Kabul" for his alleged role in the killing of thousands of people in the capital in the 1990s.