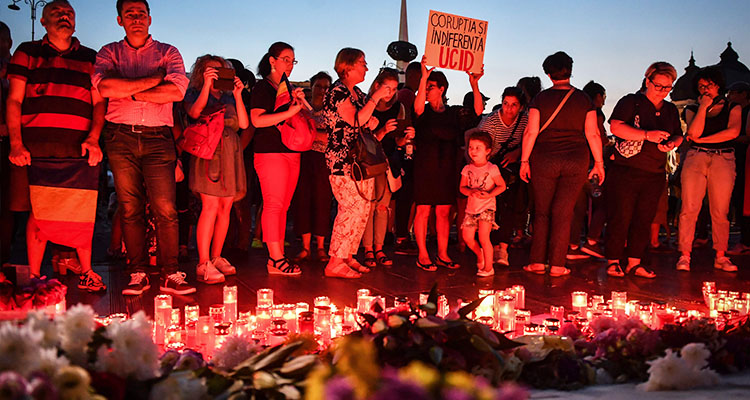 People light candles in front of the Romanian Ministry of Interior in Bucharest to commemorate Alexandra.

Critics allege that officials failed to take the alert seriously and finally reacted too late to help save the teen, identified as Alexandra.

Amid chants of "incompetence" and angry calls for the government to step down, demonstrators placed flowers and candles at a makeshift memorial outside the interior ministry on Saturday evening. 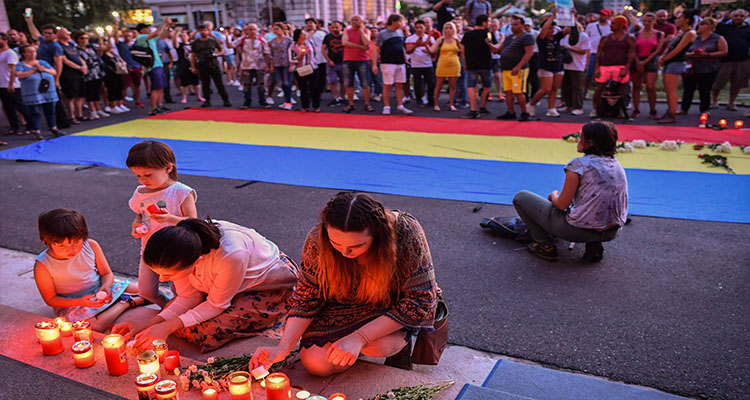 The chief of police has been sacked in Romania after the murder of a 15-year-old girl.

A 65-year-old suspect has been taken into custody, prosecutors said Saturday, after investigators searching his home and garden discovered human remains and jewellery belonging to the girl.

The suspect insisted he was innocent and had never met the teen but failed to explain why she had used his phone, his lawyer said.

Interior Minister Nicolae Moga announced late Friday that he had sacked police chief Ioan Buda "because drastic measures are required" in the case, which has sparked a major outcry. 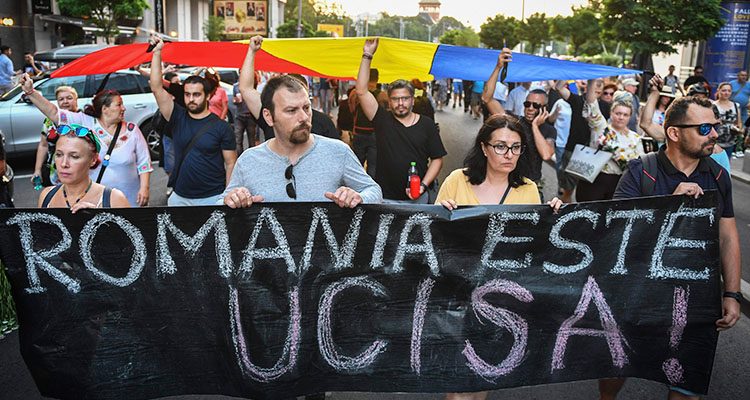 People hold a banner reading "Romania is killed" as they march in Bucharest.

The girl was snatched Wednesday as she tried to hitch-hike home to Dobrosloveni in southern Romania, police said.

On Thursday morning, she managed to ring the emergency number 112 three times and provide clues to police about the place she was being held by a car driver who had picked her up.

The girl had yelled "he's coming, he's coming" before the phone call was cut off, Buda had told journalists prior to his sacking. 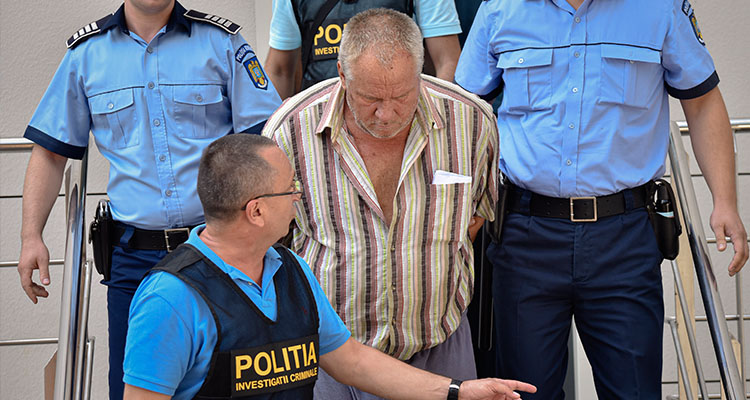 Police officers escort Gheorghe Dinca, the suspect in the case of rape and murder of a 15 year-old girl, from a court in Craiova.

Three buildings were searched by officers before they finally found the house where she had been held, more than 12 hours after her phone calls.

"Why did the police not intervene earlier? Everyone needs to answer for this, from police officers and prosecutors to (Prime Minister Viorica) Dancila," protester Cristian Nan, 55, told AFP.

Centre-right President Klaus Iohannis said earlier the "resignations of all those who mishandled this case which had such dramatic consequences are obligatory".