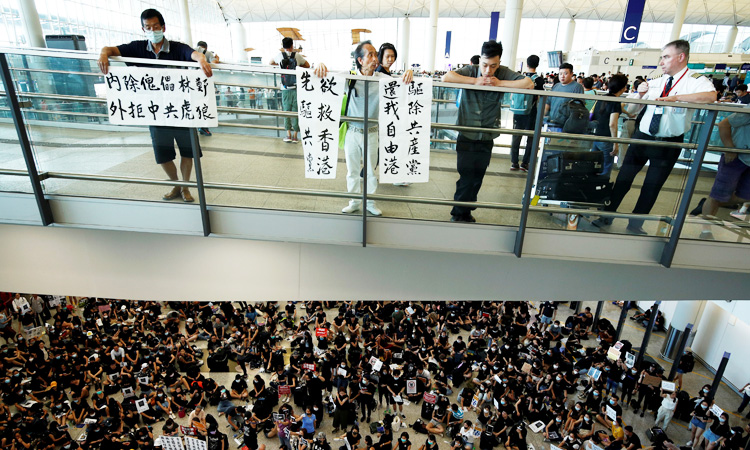 Protesters and members of the aviation industry stage a protest against the recent violence in Yuen Long, at Hong Kong airport, China on Friday. Edgar Su/ Reuters

Police and activists are bracing for further violence later on Saturday as protesters plan to converge on a rural Hong Kong town where suspected triad gangsters attacked protesters and commuters at a train station last weekend.

Activists are insisting they will push ahead, with some planning to skirt the police ban by openly organising shopping and dining expeditions to the town, government-funded broadcaster RTHK reported. 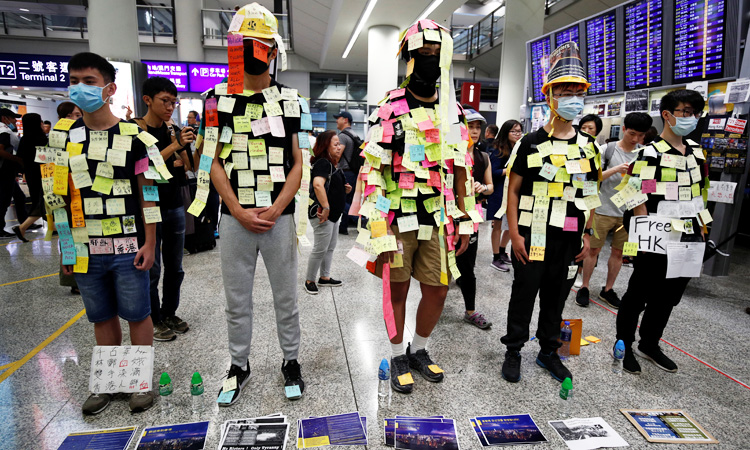 Demonstrators wear post-it notes as part of the "Lennon Wall" movement during a protest against the recent violence in Yuen Long, at Hong Kong airport.

Residents described a mounting police presence on Saturday morning, with force chiefs insisting they will still seek to keep order despite the ban. Extra fortifications have been placed around the local police station.

Activists told Reuters they fear the protest could turn violent, given feelings of palpable anger among protesters over last Sunday’s events and a determination among some to challenge villagers they believe are close to long-standing triad groups in the area.

“The situation is escalating, and tomorrow could be the start of a more violent period,” one told Reuters. 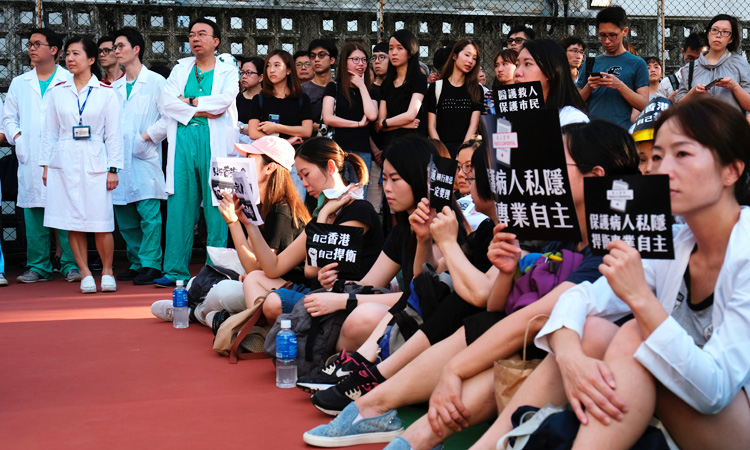 Reuters reported on Friday that a Liaison Office official had days earlier urged local village chiefs to drive away any activists from the town.

The Yuen Long attack and the encirclement of the Liaison Office marked new fronts in a protest movement that has intensified over the last two months and sparked the most direct challenge to the authority of China’s President Xi Jinping.

The movement further mushroomed on Friday as thousands of activists thronged the arrivals halls of Hong Kong international airport. 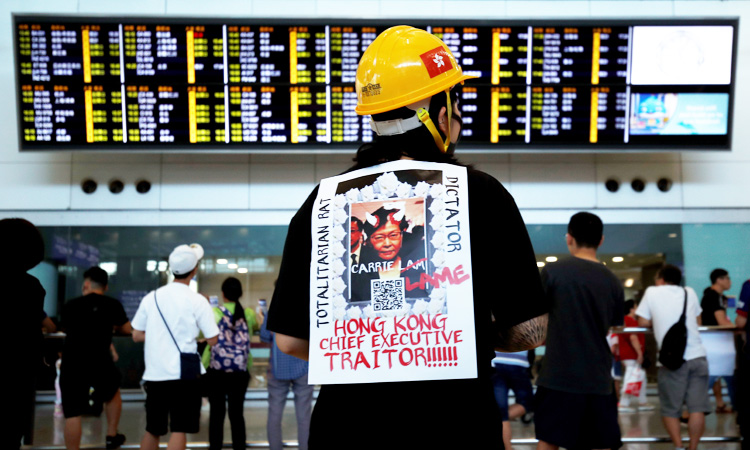 Protest against the recent violence in Yuen Long, at Hong Kong airport

Initially demanding the scrapping of a bill that would have allowed people to be sent to mainland courts for trial, marchers are also seeking independent inquiries into police use of force, the resignation of Hong Kong leader Carrie Lam and full democratic reform - anathema to Beijing’s Communist Party leadership.

The protracted crisis is exposing fissures across Lam’s administration, with police chiefs and rank-and-file officers enraged at an apology over last weekend’s attacks by her Chief Secretary on Friday, apparently without consultation.

Matthew Cheung said the government would not shirk its responsibility “and the police’s handling fell short of residents’ expectations.”

Britain handed Hong Kong over to Chinese rule in 1997 amid guarantees that its core freedoms and autonomy, including the right to protest and an independent judiciary, would be protected under a “one country, two systems” formula. Many fear those rights are under threat as Beijing’s reach extends into the city.