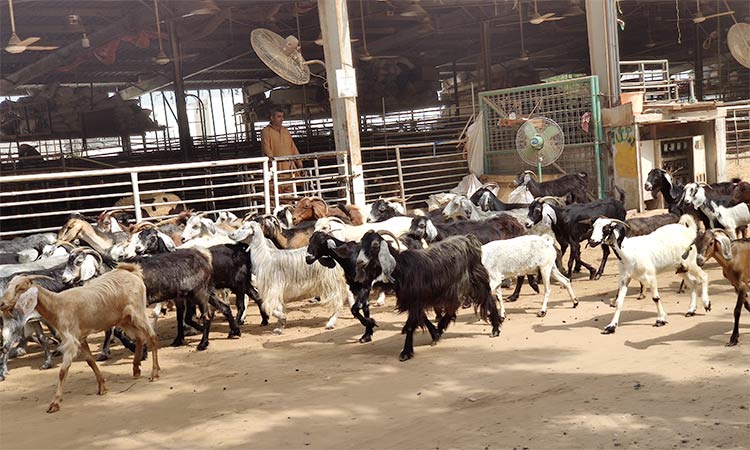 A view of Sharjah Cattle Market.

The market situated adjacent to the Rolla Bus Station in Sharjah has been one of the biggest solutions for the faithful to complete their religious obligation of sacrificing an animal on Eid Al Adha.

The Eid is due in next two weeks but still the number of sacrificial animals are less and very few people visiting the ‘early market’ to check the prices and the availability of ‘good’ animals.

“In the regular condition, we used to ship livestock through ships from neighbouring countries as well as different Africa countries like Somalia and others. But due to the hot weather and restricted movement in the sea most of the traders are opt to import livestock by-air,” Mohiuddin, a livestock trader in the market for 19-years, told the Gulf Today.

He further said that “in this scenario of by-air transportation of livestock prices will be almost double. Every goat has to transported in a wooden box and a ticket approximately Dhs300 to Dhs450 based on their weight will be added into the price and other expenses live food and taking care,” he said.

He mentioned that currently the market is full of local variety of goats priced at Dhs550 to 700 while livestock from Syria is available for Dhs450 to Dhs600. “The sheep from Syria is currently available on Dhs1,300 but ahead of Eid Al Adha reached upto Dhs1,500 or more because of the expenses. Once the Indian stock arrived we are expecting the price will reach around Dhs1100 to Dhs1500 per goat to include all the expenses of air transportation, food and others,” he added.

Another trader from Pakistan, Abdul Razzaq, have been trading livestock for the last over three decades said they are waiting for the stock arriving from India by-air.

“We are like many traders in the market waiting for our stocks coming from India on plane. Earlier we import from Pakistan but this time due to the hot weather there is no ship arriving and the livestock from Pakistan also cost more as compare to India,” he said.

Ijaz Ahmed told that they are waiting for customers for cow which they imported earlier from Pakistan for Eid Al Adha.

“Being in the market, we have a good number of customers from locals to expatriates who prefer Pakistani cow to sacrifice on Eid. Ahead of the Eid the prices of big animals also increased as well other livestock like goats and sheep mainly for the expenses we spend on their food as each cow being bear Dhs15 worth fodder everyday and its is also imported,” he added.

The price of a Pakistani cow is currently around Dhs6000 to Dhs7000 of around the weight of 160kg to 300kg while local cow will cost around Dhs10,000 as most of the prices based on their weight, he said.

He further pointed that local farms are based in mostly in Abu Dhabi, Al Ain, Al Dhaid, Fujairah and Umm Al Quwain where a number of locals and expatriates have set up huge farms and run throughout the year to fulfill the daily needs of residence.

Recently, the Ministry of Health and Prevention (MoHAP), has issued a warning against the risks of the Crimean-Congo Haemorrhagic Fever (CCHF), virus, caused as a result of the indiscriminate slaughtering of sacrificial animals at homes or by unauthorised street butchers.

Such illegal slaughtering cases have been on the rise, especially with the approach of Eid Al Adha.

CCHF is classified among the list of priority diseases. If a person is infected with the virus, it should be reported within 24 hours so that the relevant authorities can undertake rapid intervention for epidemiological surveillance.

Dr. Fatima Al Attar, Director, International Health Regulations and Pandemic Control Office, said that Crimean Fever is transmitted to humans through a tick bite, or by direct contact with the blood or tissues of infected animals during or immediately after slaughter.

The virus can also be transmitted from one person to another through direct contact with the infected person’s blood, secretions, organs or other body fluids.

Al Attar emphasised the importance of visiting health authorities and notifying them of the previous infection and its accompanying symptoms within two weeks of being exposed to the pathogens.

Symptoms that may appear at the onset of the disease include nausea, vomiting, diarrhoea, abdominal pain and a sore throat. 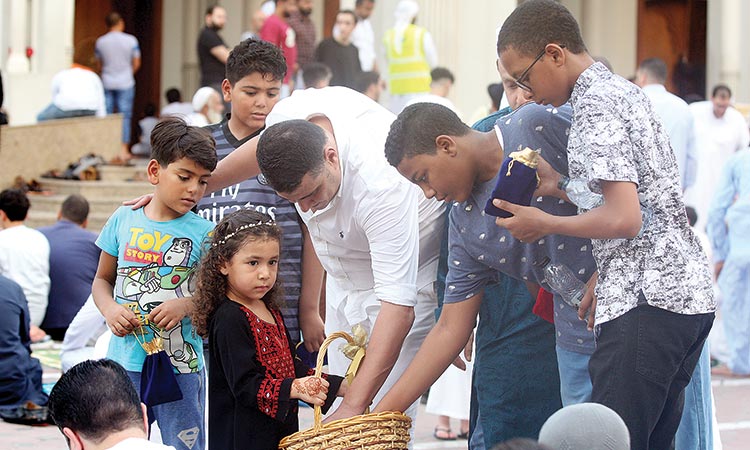 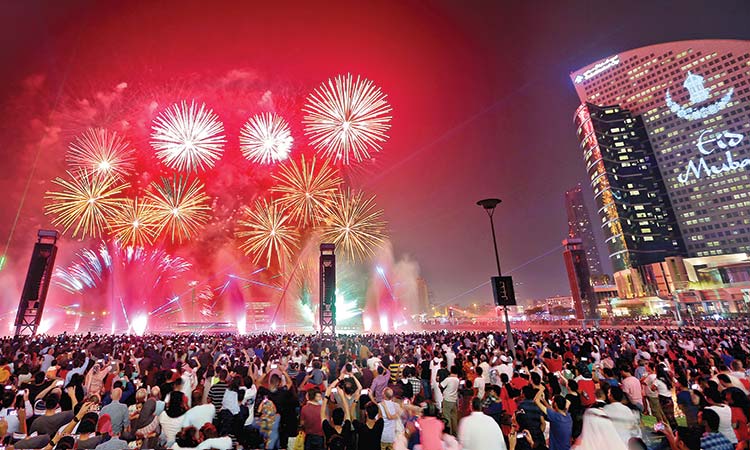 The residents of the UAE celebrated Eid Al Azha with great fervour and excitement. They started their day on Sunday with prayer, then most of them headed to meet and greet their friends and relatives.