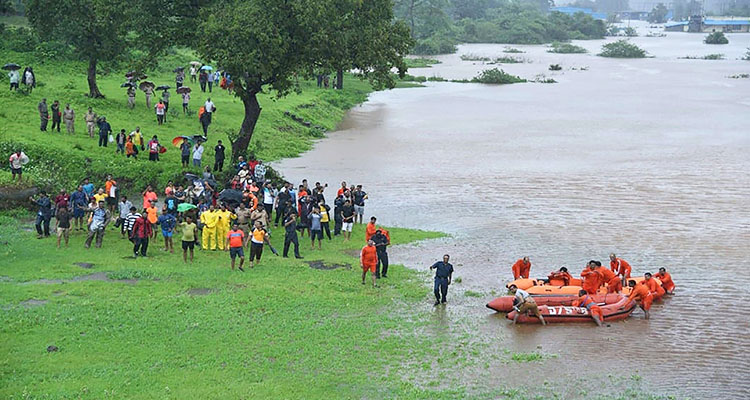 Indian navy helicopters and emergency service boats came to the rescue of about 700 people.

Other passengers who are still on board are being evacuated by rescue teams in what is now the biggest joint operation in the state by the Indian Air Force, Army, Navy, NDRF, Maharashtra Police, local agencies and volunteers since the great floods of July 26, 2005.

The rescue operation picked up after rain subsided a little post-noon, enabling quicker movement of personnel and the evacuated passengers. 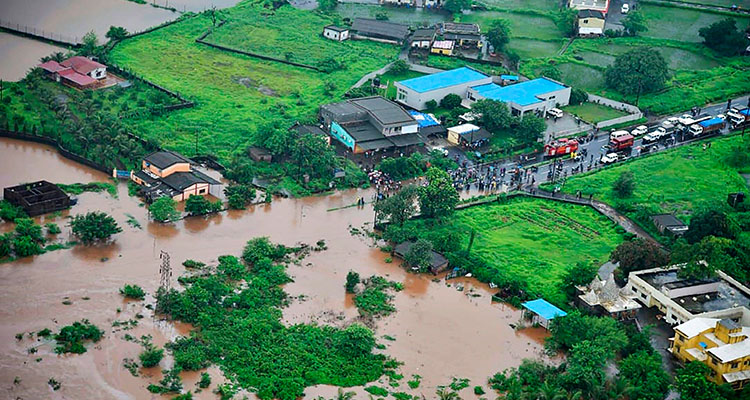 The Mahalaxmi Express left Mumbai late Friday for Kolhapur but got only 60 kilometres (37 miles) before it became stranded.

Besides, seven Indian Navy teams of divers with specialised equipment, two helicopters of the IAF, including a Seaking and MI17, two columns of Indian Army from Mumbai have already gone to Thane and two more are en route, for the massive operations.

Union Minister of State for Home Nityanand Rai called up Fadnavis and offered all help from the Centre for the train passengers. 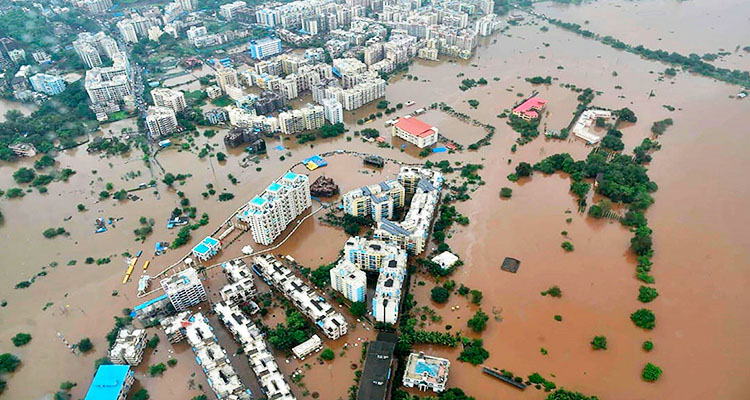 An aerial view of a flooded area following heavy monsoon rains, in Badlapur.

Many weary passengers who were saved tried to walk, but when they lost strength, especially the senior citizens, police and others promptly hoisted them on their shoulders and took them to safer locations.

A few local villagers, many of whom were also stranded in the flood waters, nevertheless ventured out to help the train passengers early today before the official rescue teams from Mumbai, Thane and Pune reached the venue.

A Central Railway (CR) official said that after all the passengers are rescued and taken safely to Badlapur, the authorities will decide on where to send them from there, and also how to shift the train and clear the tracks for train traffic on that route

The official added that a relief train has been stationed at Badlapur to ferry the passengers, along with food, water and medical supplies, besides making arrangements to take the passengers onward to Kolhapur. 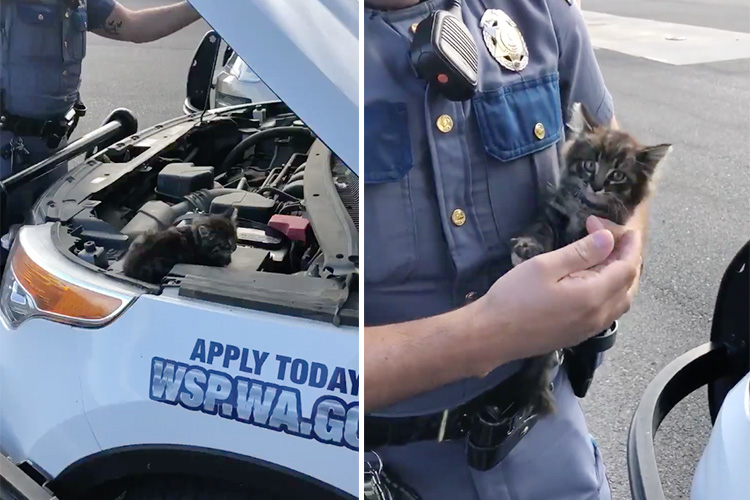 In a heartwarming incident a kitten was rescued from a highway in the United States. The incident dates back to the last week of August when a person abandoned a box of kittens.