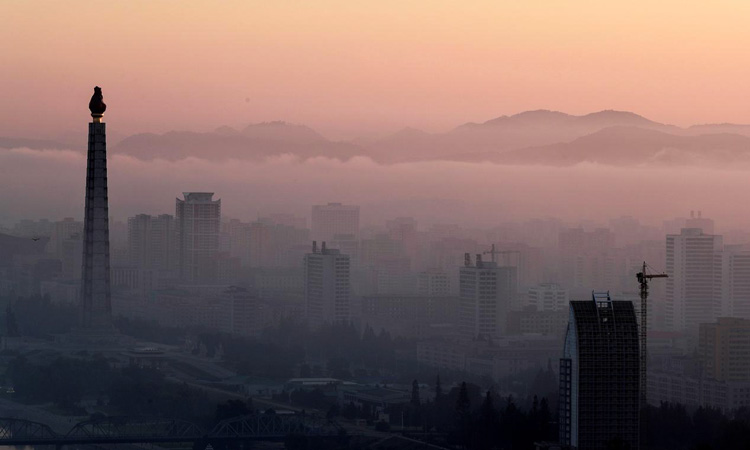 North Korea’s economy shrank in 2018 for a second straight year, and by the most in 21 years, as it was battered by international sanctions aimed at stopping its nuclear programme and by drought, South Korea’s central bank said on Friday.

North Korea’s gross domestic product (GDP) contracted by 4.1% last year in real terms, the worst since 1997 and the second consecutive year of decline after a 3.5% fall in 2017, the South’s Bank of Korea estimated.

North Korea does not disclose any statistics on its economy. The South Korean central bank has been publishing its estimates since 1991, based on information from various sources including the South’s foreign trading agencies.

“Sanctions that were added and strengthened in 2017 had a severe impact as drought hurt the farming sector, which accounts for more than 20% of output,” Park Yung-hwan, head of the Bank of Korea’s National Accounts Coordination Team, told reporters.

Output in the mining sector shrank 17.8% because of sanctions on exports of coal and minerals, while the agriculture, forestry and fisheries sector contracted by 1.8% because of drought, it said.

North Korea’s population was estimated at 25.13 million and annual income per head at $1,298, the South Korean central bank said.

The troubles facing an economy already functioning badly because of inefficiencies and isolation, likely explain North Korea’s efforts to throw off sanctions in it negotiations with the United States.

“The economy couldn’t but contract severely given the sanctions that North Korea is under,” said Benjamin Katzeff Silberstein, a North Korea economy expert with the US-based Stimson Center.

“This suggests that there’s been a massive increase in domestic use of coal and minerals. This is such a crucial export commodity and now that very little of it is being sold abroad, as compared to normal years, domestic industry is probably getting financially doped by cheap energy at the moment given how much of production is still going on,” he said.

North Korea has sought relief from the sanctions, but denies that it has or will ever be politically swayed by them.

In February, their second summit collapsed after they were unable to narrow differences between a US demand for the North’s complete denuclearisation and a North Korean demand for sanctions relief.

The International Federation of Red Cross and Red Crescent Societies said last week rates of malnutrition and disease were increasing in North Korea as it faces a harvest that is half of what was expected.

James Belgrave, an official at the UN World Food Programme who visited North Korea in April, said recently that there had been a drop of up to 20% in North Korea’s wheat and barley production due to an early dry spell.

“The wheat and barley crops did look very dry and were visibly affected - patchy development, shorter than they should have been, and agricultural officers in the counties were worried,” Belgrave told Reuters.

North Korea lacks adequate agricultural infrastructure, farming techniques and fertilizers, and sporadic famines are common, according to experts based in South Korea.

In the 1990s, a nationwide famine killed as many as one million people.