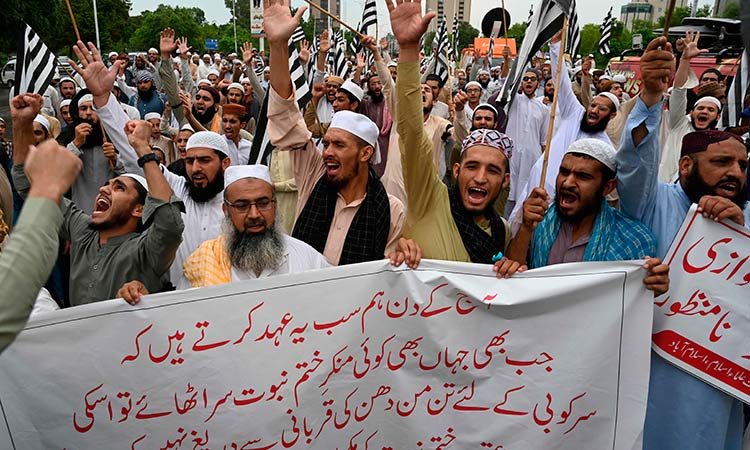 Opposition parties, as per media reports, claimed that the PTI  did not win the people's mandate in the 2018 elections but was installed in power by fraudulent means and the establishment's backing. It was "selected, not elected", they maintained, adding that the election marked the "strangling of democracy", and hence they were marking it as a "black day."

Opposition parties came together to take out protest processions and hold public gatherings across the country, including in major cities like Lahore, Karachi, Quetta and Peshawar. Senior leaders from various parties also participated in the protests, where slogans like "Imran, jaao (Imran, go)" were raised.

The opposition, however, alleged that authorities had sought to prevent their supporters from attending. In Quetta, opposition leaders said that armed men had closed off the Quetta-Chaman highway.

They also said that in Lahore, police had stopped party workers from reaching the venues, while in Faisalabad, two PML-N workers were taken into custody.

On the other hand, the ruling PTI celebrated the day as a "thanksgiving day", saying it was on this day, that the people of the country had entrusted them with the task of leading the country to a brighter future and work on this was in progress.