Mueller could mean trouble for oscillating US president - GulfToday 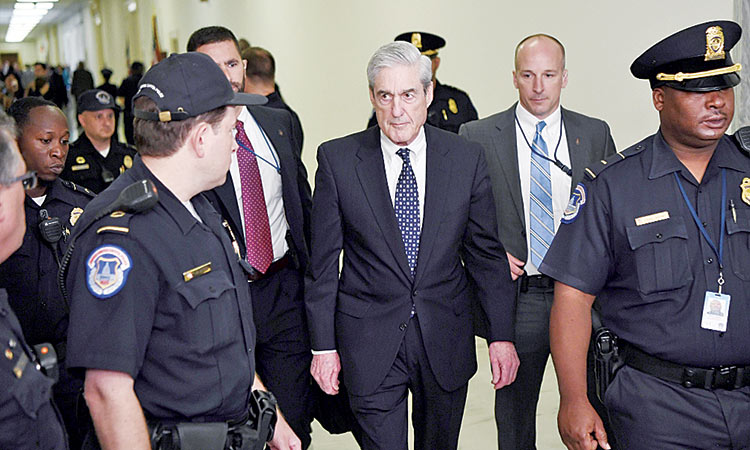 On Wednesday, the former special counsel emerged from the shadows, testifying to Congress about his probe into whether Donald Trump’s presidential campaign conspired with Russia to get him elected.

For many Americans, the nationally televised hearing was the first close look at the patrician, grey-haired former FBI director, whom Trump has spent the past two years denouncing as the leader of a “witch hunt.”

What many saw was a cautious career prosecutor who was forced to testify under duress and who deflected questions from both Democrats and Republicans by referring repeatedly to his voluminous report.

They also saw a septugenarian who strained to hear rapid fire questions from lawmakers and who was evasive at times and defensive at others.

“Could you repeat the question?” the 74-year-old Mueller asked numerous times during a tense three hour and 40 minutes before the House Judiciary Committee. Mueller said his report did not exonerate Trump but he mostly deflected questions from lawmakers seeking to score political points for their sides.

That was in keeping with the career of a public servant who has spent four decades serving both Democratic and Republican presidents.

Before taking on the politically-sensitive Russia investigation, the former marine, who was both wounded and decorated for heroism in Vietnam, enjoyed a sterling reputation in Washington.

As a young prosecutor in San Francisco and Boston, Mueller took on cases involving grisly murders, organized crime, fraud by powerful banks and terror attacks, winning some, losing some, but rarely drawing serious criticism for his work.

He was named director of the Federal Bureau of Investigation just days before the September 11, 2001 Al-Qaeda attacks on New York and Washington, which plunged the bureau into an entirely new mission to protect the country from terror plots.

Mueller led the FBI for the next 12 years, during which time he built up the bureau’s counterterror mission but had some notorious problems, including a botched anthrax investigation and a poorly functioning intelligence unit.

He gained a reputation of being an exacting and tough taskmaster, and despite his early Republican political alignment, someone who was appreciated by politicians of both political parties.

After retiring in 2013, he joined a private Washington law practice where he handled official arbiter missions.

Trump’s firing of Mueller’s successor at the FBI, James Comey, in May 2017 resulted in Mueller being recalled to public service to lead the Russia meddling investigation.

Over 22 months, his investigators issued charges against 34 individuals, including six Trump associates, and three companies.

But no one saw or heard from Mueller himself during the probe.

Testifying before the House Judiciary and Intelligence Committees gave Mueller his first opportunity to say what he really thinks.

Mueller rejected Trump’s characterization of his probe as a “witch hunt,” but he largely stuck to the script as written in his 448-page report.

Trump described Robert Mueller’s testimony to Congress on the Russia probe as an “embarrassment” to the nation, mocking his Democratic rivals for asking the former special counsel to appear on Capitol Hill.

Trump had said he would not watch the day’s proceedings, but after the first of two congressional hearings in the House Judiciary Committee, he made his feelings known.

“I would like to thank the Democrats for holding this morning’s hearing,” Trump tweeted.

“Now, after 3 hours, Robert Mueller has to subject himself to #ShiftySchiff - an Embarrassment to our Country,” he added, referring to the Democratic chairman of the House Intelligence Committee, Adam Schiff. 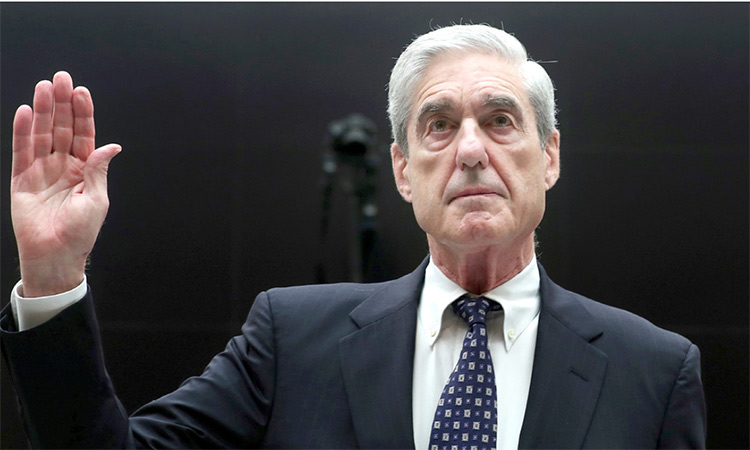