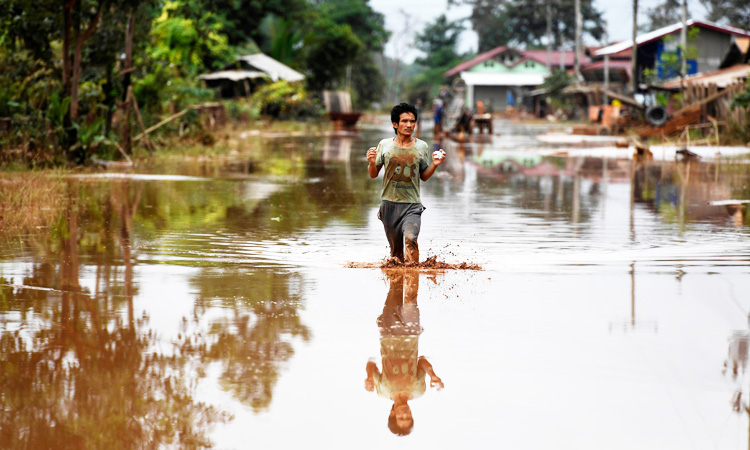 A man wades through a flooded road at a village in Sanamxai, Attapeu province. File photo/ AFP

Thousands are languishing in displacement camps in Laos a year after a dam break unleashed floodwaters and killed dozens of people in the impoverished state, a new report on the anniversary of the disaster said on Tuesday.

For the past decade, Laos has been on a dam-building spree to serve as the “battery of Asia,” but experts have long warned about environmental dangers and the breakneck construction pace.

An auxiliary dam at the Xe Pian Xe Namnoy hydroelectric project in southern Laos collapsed on July 23 last year under the pressure of rising monsoon waters, sending floods downstream and killing an estimated 71 people though the official toll is lower. 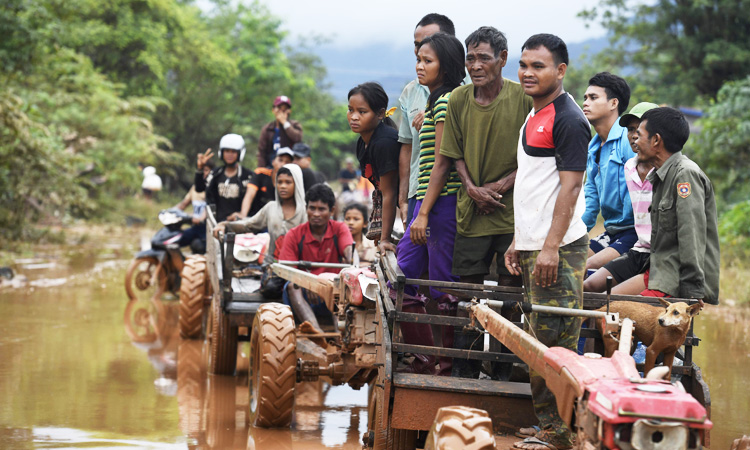 The disaster is believed to be the deadliest dam accident in Laos history and allegations have pointed to construction flaws by the builder.

The report by conservation groups said nearly 5,000 people are living “hand to mouth” in camps without adequate food and housing while firms behind the $1 billion project have yet to adequately compensate victims.

International Rivers, which released the findings, said the disaster should serve as a lesson for the hundreds of other dams planned in Laos and other countries along the Mekong river. 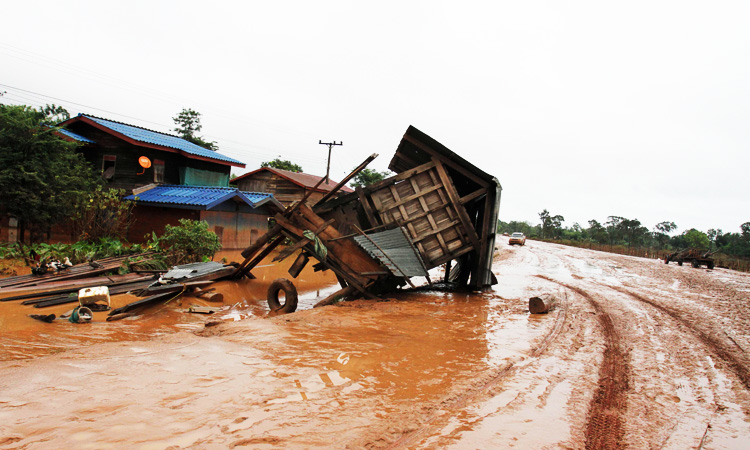 A shelter damaged by flood waters lies on the road in a village in Sanamxai, Attapeu province. File photo/ AFP

The displaced residents in Laos are living in stuffy prefabricated structures and subsisting on meagre rations, according to the report.

Families of victims have received government payouts but the new report is calling on developers to step up and use insurance money to address claims.

An official from the South Korean builder SK E&C, one of the firms involved in the consortium managing the project, told AFP it is “willing to actively cooperate” once the Laos government investigation findings are released.

Laos is an authoritarian one-party state unused to the outside scrutiny brought by the collapse.

Its prime minister said in rare comments last year that the communist country will press on with its ambitious hydropower strategy but vowed to intensify oversight.

The Xe Pian Xe Namnoy project is expected to send most of its electricity to Thailand and may be operational later this year.

Experts say the sprint to build dams in the power-hungry region threatens the flow of the Mekong, disturbing fish migration and seasonal flooding patterns for millions living along its banks in neighbouring countries.

The river starts in China and crawls down along eastern Myanmar, Laos, Thailand and Cambodia, ending in Vietnam. 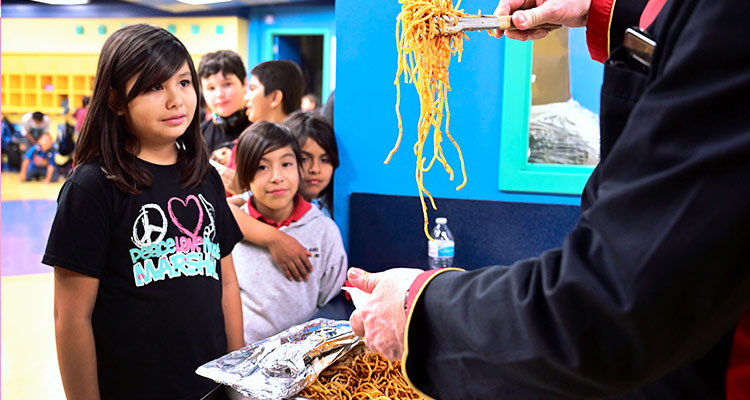 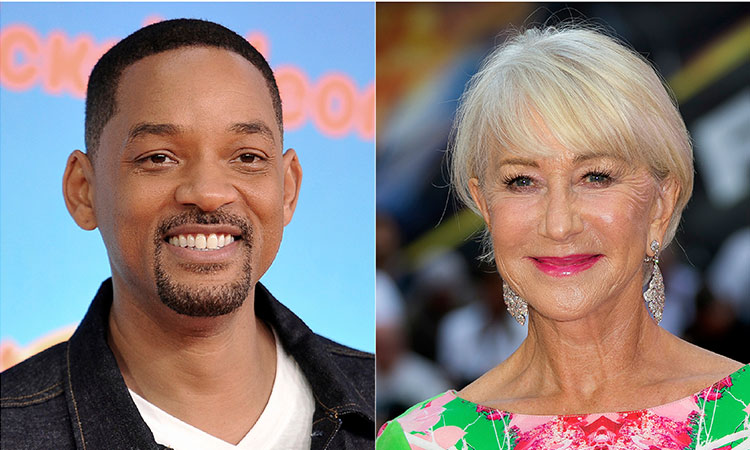 Will Smith and Dame Helen Mirren will read a bedtime story during a one-night fundraising campaign to help fight global homelessness.