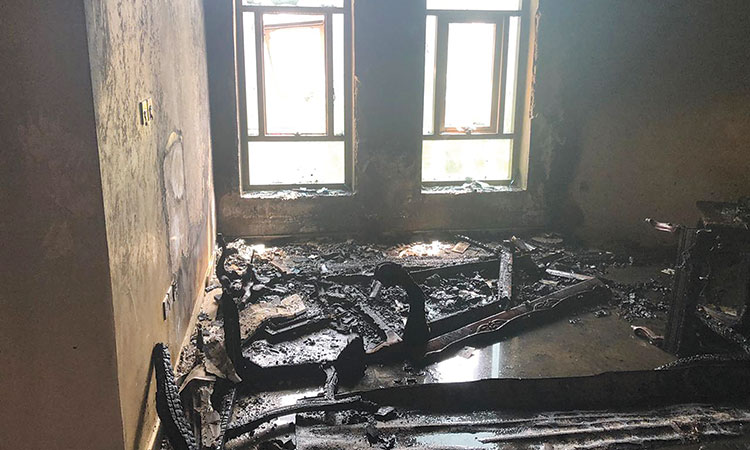 The house where the fire broke out.

Colonel Khalid Rabea Al Hamoudi, Deputy Director of the Civil Defense of Fujairah, said the fire broke out in a house in the city of Fujairah at around 1:30 am. The firefighters succeeded in controlling the fire, which gutted the Majlis room, and prevented it from spreading to the rest of the house, Al Hamoudi said.

He praised the owner of the house  for installing a smoke detector system which alerted the firefighters.

Upon receiving the alert, the firefighters rushed to the scene in minutes and evacuated the family. They then started to extinguish the fire, which had only harmed the Majlis without causing any casualties or injuries.

Colonel Khalid  stressed the importance of installing “smoke detectors” in homes because of their proactive role in alerting individuals about fire, thus avoiding loss of life and property. He also underlined the importance of abiding by the necessary guidelines for the summer.

Colonel Al-Hammoudi explained that his administration launched a campaign titled (the crowd) on Tuesday, in coordination with the National Institute of Fujairah for Driving. The campaign aims to shed light on the negative effects of gathering at fire places and accidents out of curiosity or for clicking photographs.

Recently, an Emirati mother managed to rescue her newborn baby and sister from a fire that broke out inside her house in Hili District in Al Ain, thanks to her courage and presence of mind.

According to the official documents, a report was received by the operations room that a fire erupted in the house of an Emirati man.

Civil defence and police vehicles rushed to the scene of the fire and managed to put out the fire and prevent the flames from spreading to the other parts of the house.

As soon as she realised that the ground floor of the house was on fire, the mother went with her newborn baby and sister to the balcony to avoid suffocating and closed the door until the civil defence vehicles came a few minutes later. 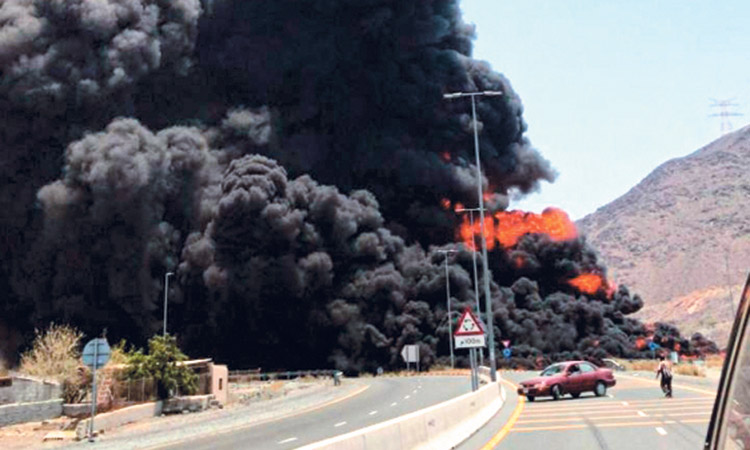