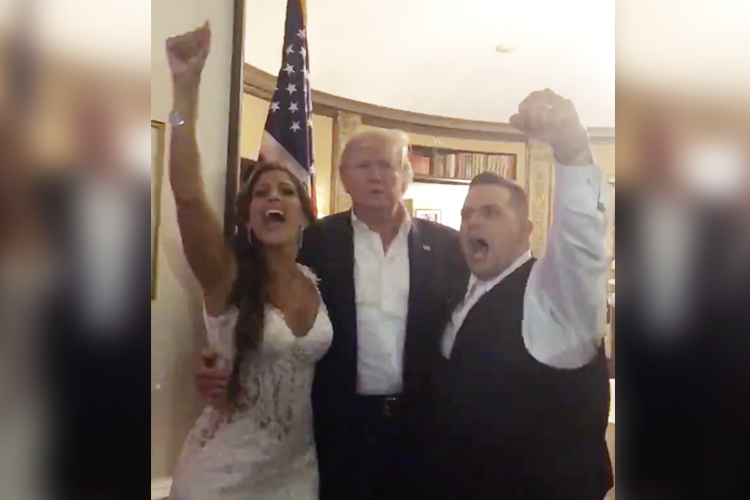 US President Donald Trump surprised a bride and groom at their wedding in New Jersey. Trump blessed them.

Trump was in his golf resort at Bedminster golf club.

The couple is an admirer of the president.

A video appeared on social platforms showing Trump calling the couple. They then took photos with the president. The bride also hugged Trump.

Trump congratulated the newlywed couple and wished them a happy life.

The video of the event has gone viral.