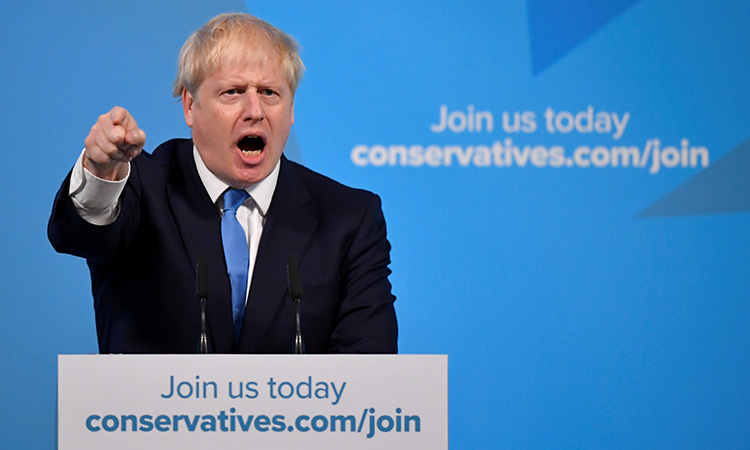 Boris Johnson speaks after being announced as Britain's next PM at The Queen Elizabeth II centre in London. Toby Melville/Reuters

Boris Johnson, the ebullient Brexiteer who has promised to lead Britain out of the European Union with or without a deal by Halloween, will replace Theresa May as prime minister after winning the leadership of the Conservative Party on Tuesday. 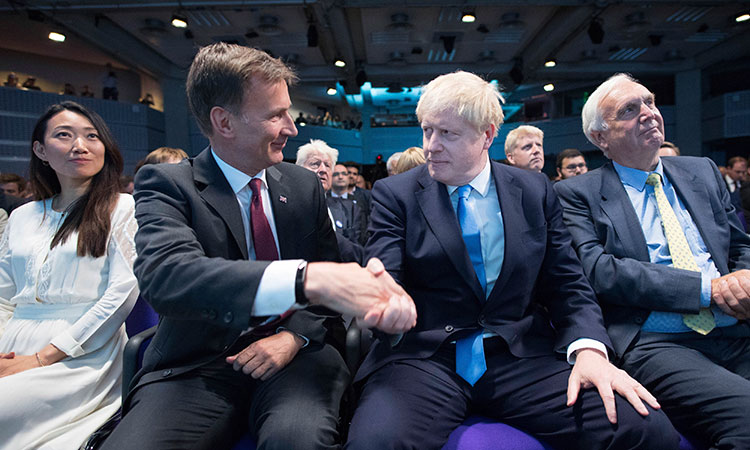 Johnson, the face of the 2016 Brexit referendum, won the votes of 92,153 members of the Conservative party, almost twice the 46,656 won by his rival, Foreign Secretary Jeremy Hunt.

May will leave office on Wednesday after going to Buckingham Palace to see Queen Elizabeth, who will formally appoint Johnson before he enters Downing Street.

"We are going to get Brexit done on Oct. 31, and we are going to take advantage of all the opportunities it will bring in a new spirit of 'can do'," Johnson, 55, said after the result was announced.

"Like some slumbering giant, we are going to rise and ping off the guy-ropes of self-doubt and negativity."

Johnson said the mantra of his leadership campaign had been to "deliver Brexit, unite the country and defeat (opposition Labour leader) Jeremy Corbyn - and that is what we are going to do".

"We are going to get Brexit done on Oct. 31, and we are going to take advantage of all the opportunities it will bring in a new spirit of 'can do'.

Within half an hour of his victory, U.S. President Donald Trump had tweeted his congratulations, adding: "He will be great!"

The comprehensive victory for one of Britain's most flamboyant politicians places an avowed Brexit supporter in charge of the government for the first time since the United Kingdom voted to leave the EU in the shock 2016 referendum.

But Johnson - known for his ambition, mop of blonde hair, flowery oratory and cursory command of policy detail - takes office at one of the most tumultuous junctures in post-World War Two British history.

The 2016 Brexit referendum showed a United Kingdom divided about much more than the European Union, and has fuelled soul-searching about everything from regional secession and immigration to capitalism, the legacy of empire, and modern Britishness.

Johnson has pledged to negotiate a new Brexit divorce deal with the EU to secure a smooth transition out of the EU before Oct. 31. But if the bloc refuses, as it insists it will, he has promised to leave anyway - "do or die" - on Halloween. 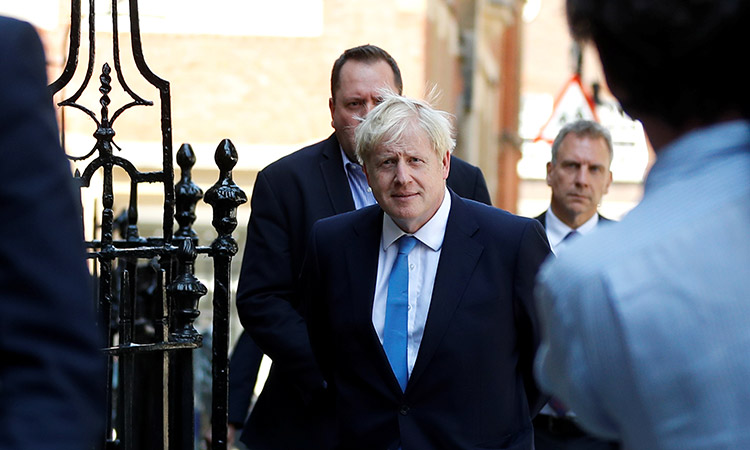 Boris Johnson is seen outside his campaign headquarters after being announced as Britain's next PM in London. Peter Nicholls/Reuters

It is a step that many investors and economists say would send shock waves through world markets and tip the world's fifth largest economy into recession or even chaos.

A Brexit without a divorce deal would also weaken London’s position as the pre-eminent international financial centre while jolting the northern European economy.

Johnson's Conservatives have no majority in parliament and need the support of 10 lawmakers from Northern Ireland's Brexit-backing Democratic Unionist Party to govern.

Even then, the majority is wafer-thin - and some lawmakers have threatened to bring down the government, a step that would probably deepen Britain's political crisis and lead to an election.

The rise of Alexander Boris de Pfeffel Johnson, often referred to as simply "Boris", to the top of British politics is the grandest twist so far in a career that has taken him from journalism via TV-show fame, comedy and scandal into the political brinkmanship of Britain’s Brexit crisis.

Born in New York, Johnson was educated at Eton, Britain’s most exclusive school, and at Balliol College, Oxford. He began his career at a management consultancy in the City of London but dropped out after a week.

He then turned to journalism, but was sacked from the Times newspaper for making up quotes.

Hired by the Daily Telegraph, Johnson infuriated European officials and delighted then-prime minister Margaret Thatcher by lampooning the European Economic Community with a host of sometimes misleading reports from Brussels.

After entering politics, he was sacked from the Conservative Party’s policy team while in opposition for lying about an extramarital affair.

But his sometimes shambolic personal appearance and disarmingly self-deprecating confidence have allowed him to survive both gaffes and scandal. He served two terms as London mayor, from 2008 to 2016.

In 2016, he became one of the most recognisable faces of the Brexit campaign, which won the referendum by 52% to 48%.

"I know that there will be people around the place who will question the wisdom of your decision, and there may be some people here who still wonder what they have done," Johnson told party members at the Queen Elizabeth conference centre opposite parliament. "I will just point out to you that no one party, no party has a monopoly of wisdom." Johnson said.

"Do you look daunted? Do you feel daunted? I don't think you look remotely daunted to me."