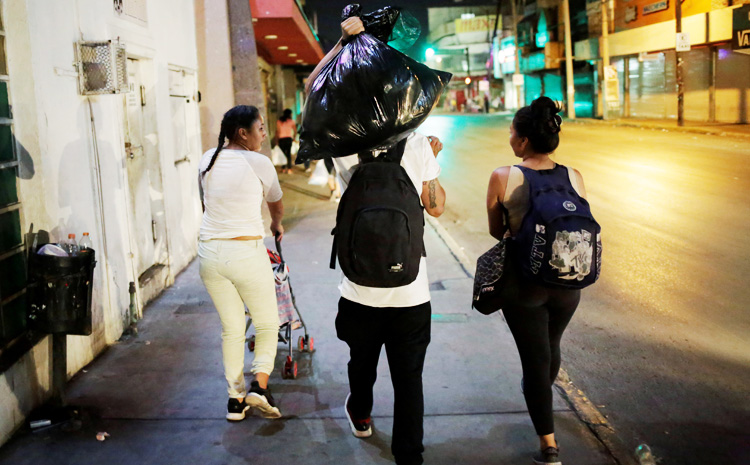 Migrants walk along the street after their return to Mexico from the US in Ciudad Juarez, Mexico, on Friday. Jose Luis Gonzalez/ Reuters

Mexico is on tenterhooks as a Monday deadline on a US migration deal that removed tariff threats on Mexican exports arrived, and despite progress made in reducing migrant flows it was unclear what President Donald Trump’s next move would be.

The agreement reached in June laid out that if the United States deems that Mexico has not done enough to thwart migrants by the July 22 deadline, the two countries would begin talks over changing rules to make most asylum seekers apply for refuge in Mexico, not the United States. 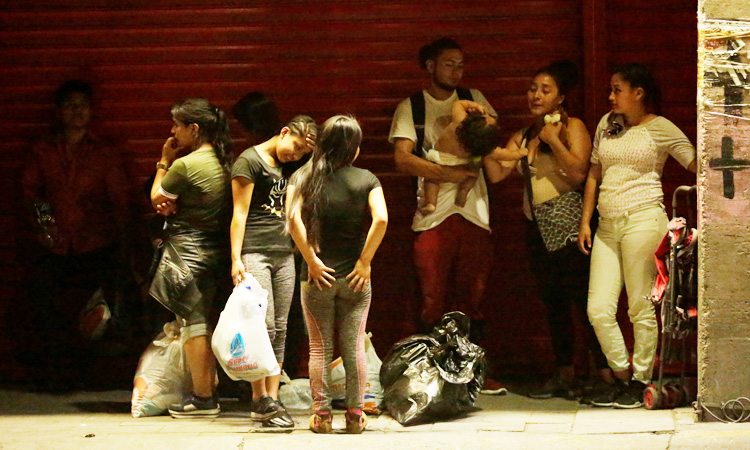 Migrants rest along the street after their return to Mexico from the US in Ciudad Juarez, Mexico, on Friday. Jose Luis Gonzalez/ Reuters

Mexico said on Sunday it had averted the so-called “safe third country” negotiations with the United States that it desperately wants to avoid after Secretary of State Mike Pompeo praised Mexican efforts in reducing US-bound migrant flows.

Trump to hit Mexico with tariffs over illegal migrants

US and Mexico hammer out deal to curb migration avoid tariffs

But while Pompeo praised the progress made by Mexico in helping cut apprehensions on the US southern border by a almost a third in June to some 100,000, he also said there was still “more work to do” and that he would consult with Trump, who has been uncharacteristically hush on the topic.

“As for the next set of actions. I’ll talk with the president and the teams back in Washington and we’ll decide exactly which tools and exactly how to proceed,” said Pompeo.

Following the meeting with Pompeo, Ebrard said considering the advances Mexico had made, it was not necessary to initiate negotiations on a safe third country agreement between Mexico and the United States.

Eager to avoid being cornered into those talks, Mexico has deployed some 21,000 militarized National Guard police to decrease the flow of people across the US-Mexico border.