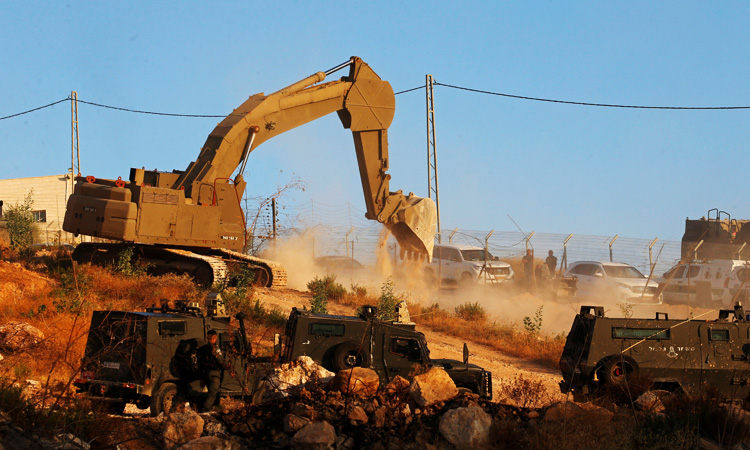 Israeli forces prepare to demolish Palestinian homes on the outskirts of Jerusalem on Monday. Mussa Qawasma/Reuters

Israel began demolishing a number of Palestinian homes it considers illegal south of Jerusalem early on Monday, an AFP journalist said, in a move which has drawn international concern.

Dozens of Israeli police and military sealed off at least four buildings in the Sur Baher area close to the Israeli security barrier cutting off the occupied West Bank early on Monday, the journalist said.

Reporters were prevented from reaching the area while residents and activists were dragged out of the homes.

One man yelled “I want to die here,” after being forced out.

The buildings are close to Israel’s separation barrier which cuts off the occupied West Bank and the Jewish state says they were built too close to the wall. 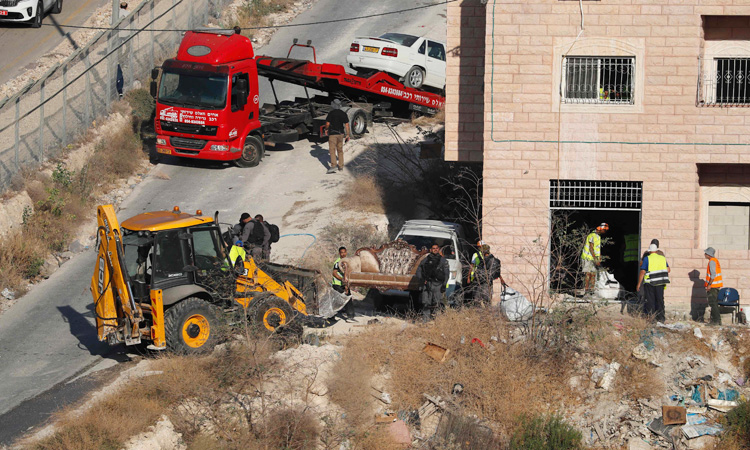 Israeli forces prepare to demolish Palestinian homes on the outskirts of Jerusalem on Monday. Mussa Qawasma/Reuters

Palestinians accuse Israel of using security as a pretext to force them out of the area as part of long-term efforts to expand settlements and roads linking them.

They also point out that most of the buildings are located in areas meant to be under Palestinian Authority civilian control under the agreements between the Palestinian and Israeli governments. 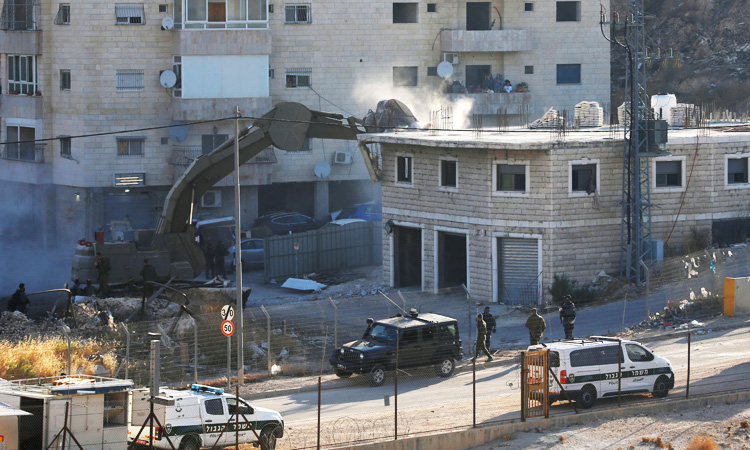 An Israeli machinery demolishes a Palestinian building in the village of Sur Baher on Monday. Reuters/Mussa Qawasma


Ismail Abadiyeh, who lives in one of the buildings under threat with his family, said they would be left homeless.

“We will be on the street,” he told AFP. 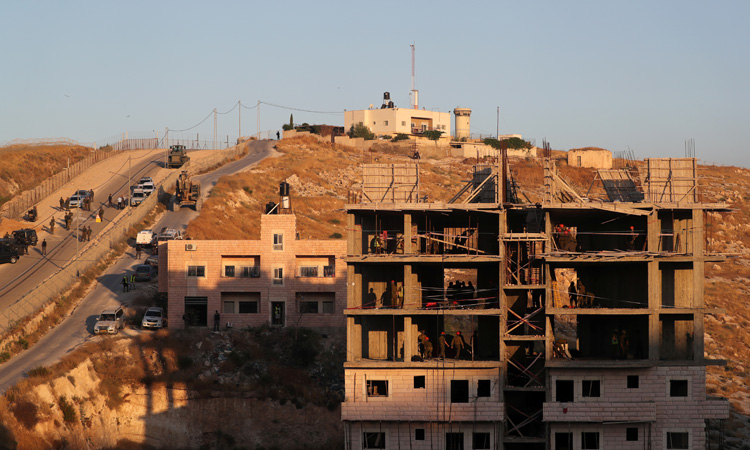 Israeli forces begin preparations to demolish homes near a military barrier on the outskirts of Jerusalem on Monday. Reuters/Ammar Awad

The Israeli army and police did not immediately comment.

On June 18, residents received a 30-day notice from Israeli authorities informing them of their intent to demolish the homes, many of which are still under construction.

According to UN humanitarian affairs agency OCHA, the ruling affects 10 buildings already built or under construction, including around 70 apartments.

The demolitions would see 17 people displaced and another 350 affected, according to the United Nations.

European Union diplomats recently toured the area and the United Nations has called on Israel to abandon the demolition plan.

Residents fear another 100 buildings in the area in a similar situation could be at risk in the near future.

It is extremely difficult for Palestinians to receive construction permits from Israeli authorities in areas under their control, and Palestinians and rights activists say a housing shortage has resulted.

Israel began construction of the barrier during the bloody second Palestinian intifada, or uprising, in the early 2000s and says it is necessary to protect against attacks.

Palestinians see it as an “apartheid wall.” 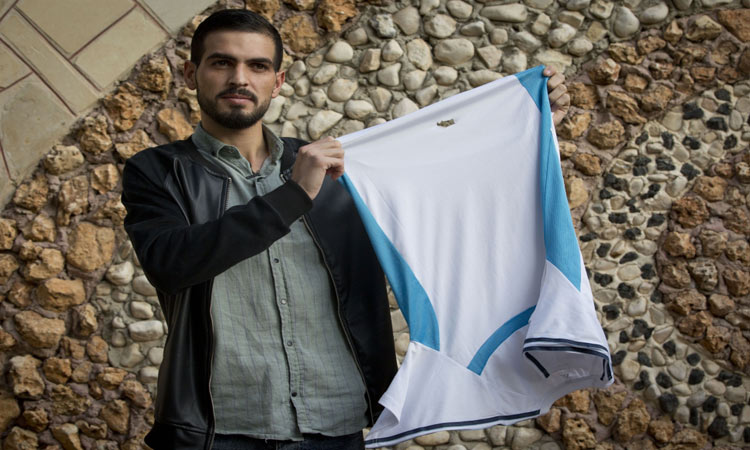 Palestinian shot in back says Israelis abused him for hours

"I died several times that day," he said in an interview at his home in the Israeli-occupied West Bank. "They tortured me in a way that I felt they are killing me. And when they shot me, I felt it's my end. I closed my eyes and prayed."