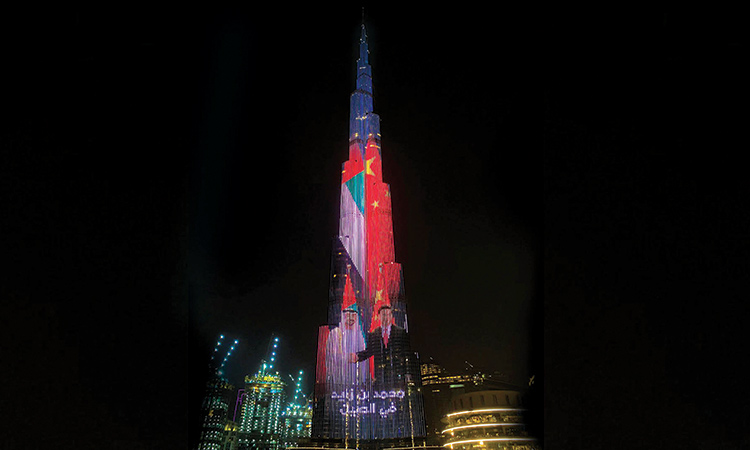 In a statement to the Emirates News Agency, WAM, Mohamed Alabbar, Chairman of Emaar Properties, said, that the project which includes residential and leisure facilities will be completed in ten years. He noted that the implementation of an Emirati project in china demonstrates the confidence that the company enjoys at the international level.

Alabbar added that Emaar’s success in implementing the project is also a clear sign of the distinguished relations between the UAE and China. “This agreement is the beginning of opening new opportunities in the Chinese market, which is the largest in the world,” he said.

He also announced that Emaar will open an office today in Beijing under the patronage of Sultan bin Saeed Al Mansouri, Minister of Economy, with the aim of enhancing the company’s business activities in China.

The UAE-China Economic Forum, which began Monday  in Beijing, with the attendance of over 500 people representing the public and private sectors, witnessed the signing of 16 Memoranda of Understanding, MoU, related to various sectors between the UAE and China.

The forum, organised by the Ministry of Economy, in cooperation with the Presidency Affairs Court, various economic departments and the Economic Chambers Federation, is a key part of the programme of the visit of His Highness Sheikh Mohamed bin Zayed Al Nahyan, Crown Prince of Abu Dhabi and Deputy Supreme Commander of the UAE Armed Forces, to China.

The forum, held under the slogan, “Sustainable Partnership, Sustainable Investment,” aims to reinforce the cooperation between representatives of participating companies and investors and the leaderships of the two countries, under the framework of their partnership dating back three decades that developed into a strategic partnership, which includes the 13 key pillars of commerce, investment, oil, clean energy, tourism, health, environment, space, construction and innovative industries.

With the attendance of over 240 leaders and business leaders from the UAE, the forum was inaugurated by Sultan bin Saeed Al Mansouri, Minister of Economy, and Mohammed Al Abbar, Chairman of the Emaar Group, who was the forum’s guest of honour.

In his opening speech, Al Mansouri said, “I am delighted to speak at this leading economic forum, which is being held as part of His Highness Sheikh Mohamed’s visit to China.”

Zhong Shan, Chinese Minister of Commerce, also delivered a speech during the forum, which highlighted the distinguished relations between his country and the UAE, as well as future opportunities to improve them, adding that the agreements signed by both sides will reinforce their bilateral ties.

Mohammed Al Abbar, Chairman of the Emaar Group, said that the cooperation between the two countries are witnessing ongoing development, due to the support of their governments while describing China as a leading economic and social partner, and noting that the presence of officials and business leaders from both countries highlight the keenness of their public and private sectors to enhance their ties.

The forum presented a film on the UAE, followed by a discussion session, titled, “Invest in the UAE,” which was attended by officials representing the Economic Development Department-Abu Dhabi, the Sharjah Investment and Development Company, Shorouq, the Dubai Export Corporation, the Fujairah Free Zone Authority, the Ajman Chamber of Commerce and Industry, the Ras Al Khaimah Economic Zone Authority, and the Abu Dhabi International Market. 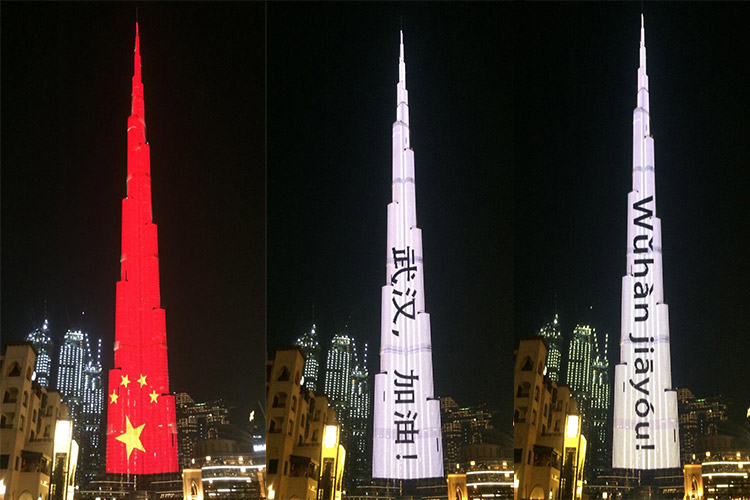 VIDEO: UAE landmarks light up in solidarity with Chinese people over Coronavirus outbreak

Burj Khalifa and ADNOC Headquarter lit up in the colour of China flag.