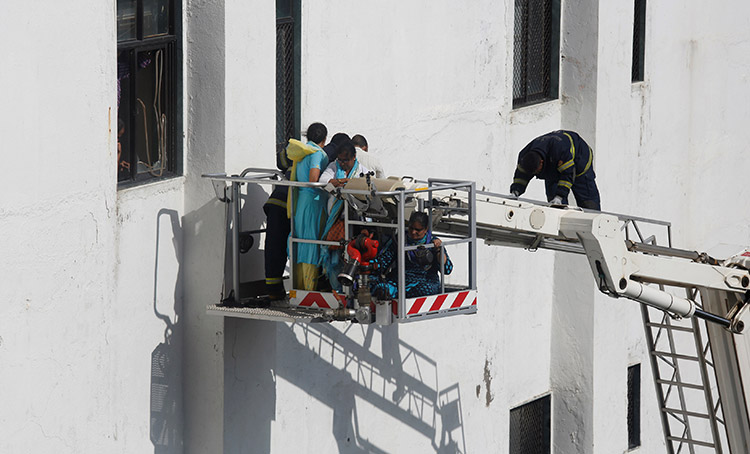 About 20 people were saved by the authorities and the rescue operation was going on war footing to rescues all trapped in the infrerno.

The blaze erupted round 3:10 pm on the fourth floor of the ground-plus-nine storey building and started spreading upwards, trapping many working in the building.

Many MTNL employees, who were out on lunch at that time, said they saw huge clouds of smoke billowing out of the building and alerted their colleagues inside to move to safety.

As there was no way out, many of them rushed towards the terrace and could be seen frantically waving their hands and kerchiefs and screaming for help from the rescue teams below.

Braving strong winds, firemen, using sophisticated ladders, managed to reach the terrace and rescued those trapped on the terrace, including several women.

The MTNL telephone exchange is located on the busy S.V. Road and around 31 fire tenders have rushed to fight the conflagration.

Police cordoned off traffic on the road to enable rescue vehicles and ambulances rush to the tragedy site.

This is the second fire in the city in the past two days. On Sunday afternoon, one person was killed in a blaze at the Churchill Chambers building in Colaba, while 14 others were rescued safely by the fire brigade. 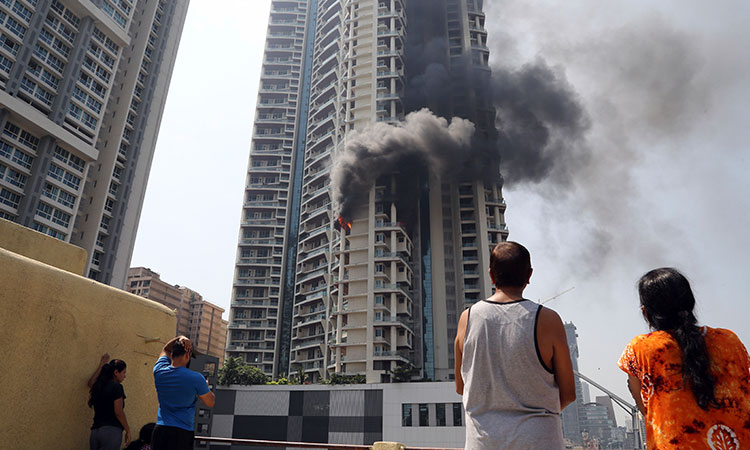 VIDEO: Man falls to death after fire breaks out in 61-storey luxury building in Mumbai

One panicky man was seen coming out of the burning floor, hanging onto a ledge, losing balance and falling to his death below. He was identified as Arun Tiwari, 30, according to the BMC Disaster Control.