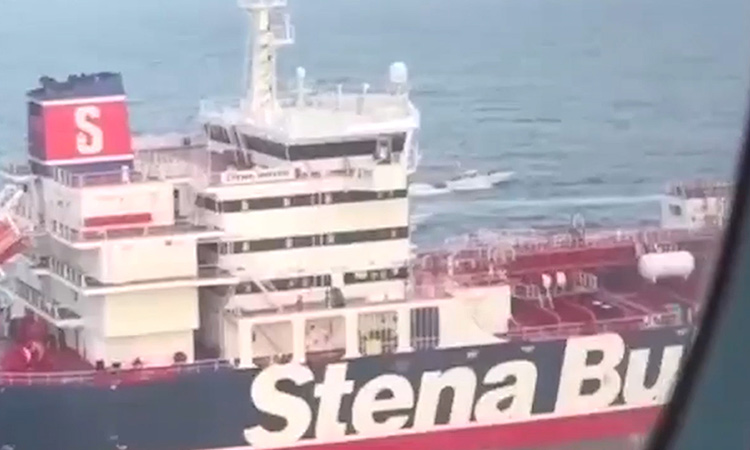 This image grab taken from a video shows the British-flagged tanker Stena Impero in the Strait of Hormuz. AFP

• Iran detained the oil tanker on allegations of failing to respond to distress calls
• Its crew is made up of 18 Indians, including the captain, three Russians, a Latvian and a Filipino.

Iran said on Sunday the fate of a British-flagged tanker it is refusing to hand back after seizing it in the Gulf depends on the cooperation of its crew with an investigation.

A senior official also said the entire crew of the Stena Impero oil tanker was in good health.

"All of them are in full health, they are on the vessel and the vessel is... anchored in a safe place.

The Guards on Saturday released video footage showing a ship with the Stena Impero's markings being surrounded by speedboats before troops in balaclavas descend down a rope from a helicopter onto the vessel.

Iran detained the oil tanker on allegations of failing to respond to distress calls and turning off its transponder after hitting a fishing boat.

Its crew is made up of 18 Indians, including the captain, three Russians, a Latvian and a Filipino. 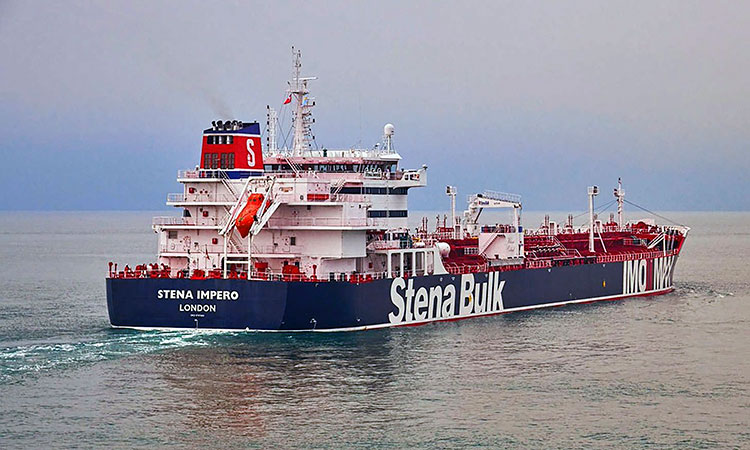 This photo shows the British oil tanker Stena Impero in the Strait of Hormuz.

"All of them are in full health, they are on the vessel and the vessel is... anchored in a safe place," said Allah-Morad Afifipoor, director-general of the Hormozgan province port and maritime authority.

"We are ready to meet their needs. But we have to carry out investigations with regards the vessel," he told Press TV.

"The investigation depends on the cooperation by the crew members on the vessel, and also our access to the evidence required for us to look into the matter.

"God willing, we will make every effort to gather all the information as soon as possible," he added.

Britain called the seizure a "dangerous" and summoned Iran's charge d'affaires on Saturday, urging Iran to de-escalate tensions and release the tanker.