The criticism came as two congressional delegations toured the US-Mexico border area near McAllen, Texas, as part of efforts to oversee policies banning nearly all asylum-seekers from entry, warehousing detainees in crowded quarters and holding children separately from the adults they traveled with.

“The administration has continued to push anti-immigrant policies that have hurt migrants, endangered asylum-seekers and exacerbated the humanitarian crisis,” US Representative Kathleen Rice, a Democrat leading a bipartisan House delegation, said in a statement. “This is unacceptable.”

Reporters were not allowed inside as the House group visited the same detention centre that Vice President Mike Pence toured last week, experiencing firsthand facilities overcrowded with detainees, many of whom had little access to basic hygiene.

Senate Minority Leader Charles Schumer led 15 Democratic senators on a tour of sites including of a Customs and Border Protection migrant holding facility in nearby Donna, Texas, where two large tents built this spring have been full with more than 1,000 migrants.

Back in Washington, Senate Democrats warned Trump against misusing any of the $4.5 billion in humanitarian aid that congress approved last month, saying in a letter that lawmakers would “scrutinise” how the funds were spent.

The supplemental spending was meant to “alleviate and improve the inhumane conditions faced by children and families seeking refuge at the southern border,” the letter said.

A Department of Homeland Security spokeswoman said on Friday it would expand a programme forcing migrants to await their US hearings on the south side of the border.

The government will add Brownsville, Texas, as a fifth border city for processing applications of migrants who must wait for a decision in Mexico.

In Brownsville, US officials told Mayor Trey Mendez they plan to open a tent facility with more than 60 virtual immigration courtrooms in coming weeks.

“Despite the strain that it puts on our law enforcement and fiscal resources, Brownsville will continue to act with the utmost human compassion toward the migrants, regardless of the protocol,” Mendez said.

Separately, several US Democratic presidential candidates and lawmakers on Friday demanded Puerto Rico’s governor step down over offensive chat messages, as thousands on the Caribbean island staged a seventh day of protests to seek his resignation.

Banging pots and pans and chanting “Ricky Resign!” Puerto Ricans streamed into San Juan’s old city on Friday night and called on Ricardo Rossello to quit over the misogynistic and homophobic messages.

The chats, from a Telegram message group and referring mainly to politicians and officials, were published on Saturday.

The leak, running to 889 pages, added to Rossello’s woes after two former officials were arrested by the FBI last week as part of a federal corruption probe in the US territory.

The protests have also tapped into simmering resentment over Rossello’s handling of devastating hurricanes in 2017 and alleged corruption as Puerto Rico’s fragile economy struggles to recover from the island’s bankruptcy.

US Representative Tulsi Gabbard joined the protests in San Juan, saying she wanted to “stand up to corruption,” as other Democratic presidential candidates including Julian Castro and Elizabeth Warren also called for Rossello to quit.

“We must stand with la isla. Rossello must resign,” tweeted US Representative Alexandria Ocasio Cortez, whose mother was born in Puerto Rico.

The island’s nonvoting representative in the US Congress, Jenniffer Gonzalez, earlier called for his resignation, while Rossello’s press secretary Dennise Perez resigned, saying she could no longer hold the position after she was called corrupt in front of her son.

“It’s your turn, Ricky,” protesters chanted on the street after word spread that Perez had stepped aside.

Rossello, who is affiliated with the US Democratic Party, has refused to step down but said he would hold an emergency meeting with leaders of Puerto Rico’s New Progressive Party, which he leads. 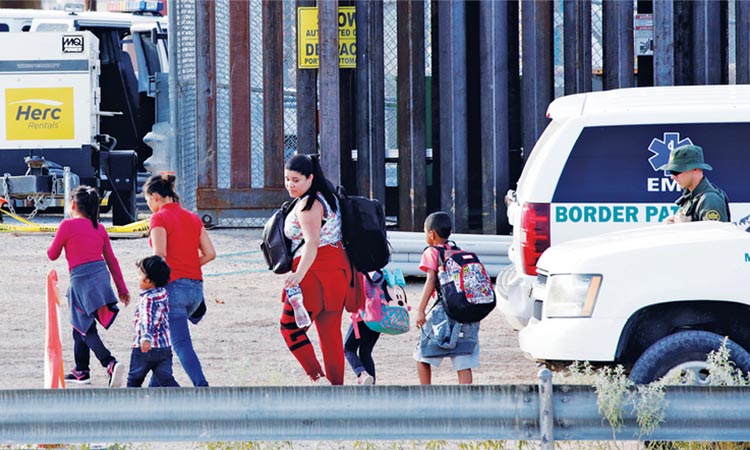