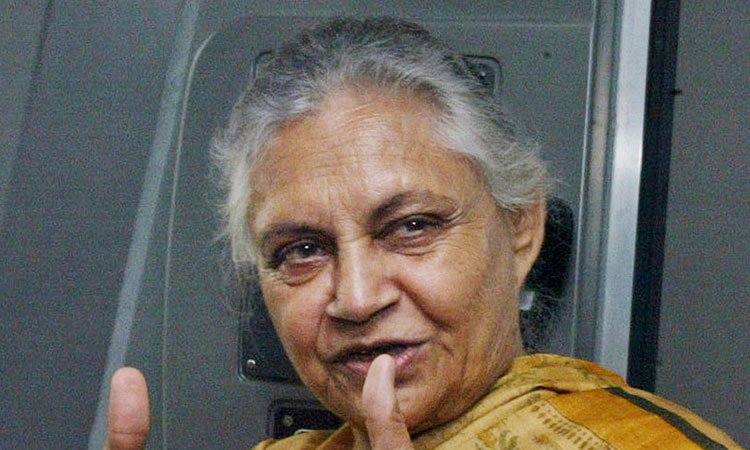 Dikshit died at a hospital in New Delhi, where she had been admitted for treatment for a heart ailment, New Delhi Television channel said.

A veteran leader of the opposition Congress party, Dikshit served as chief minister of the capital for three consecutive terms, from 1998 to 2013.

In a tweet on Saturday, the Congress party called her a "lifelong congresswoman" who "transformed the face of Delhi." Dikshit was elected as a member of India's Parliament in 1984, representing a parliamentary seat from the northern state of Uttar Pradesh. She also served as a federal minister from 1986 to 1989.

Prime Minister Narendra Modi wrote on Twitter that Dikshit was "blessed with a warm and affable personality" and "made a noteworthy contribution to Delhi's development." The country's president, Ram Nath Kovind, tweeted that her "term in office was a period of momentous transformation for the capital for which she will be remembered."

She was defeated in India's general election in May by Modi's ruling Bharatiya Janta Party (BJP).