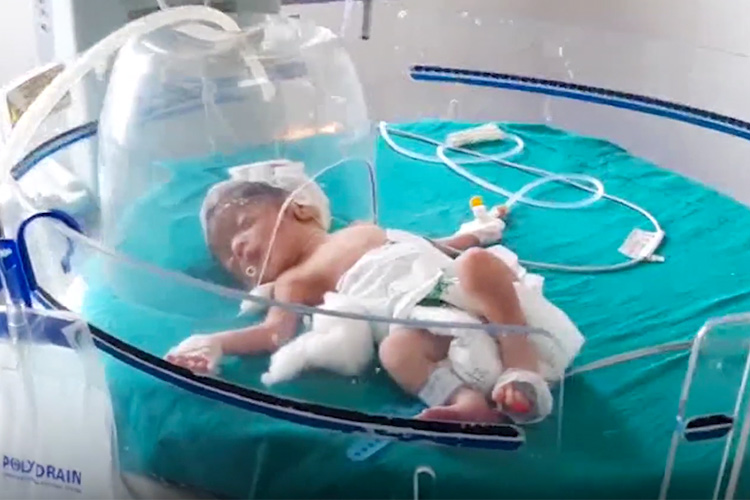 A video grab shows the newborn baby undergoing treatment at a hospital.

A pack of stray dogs pulled the wailing child out of the drain and started barking. This alerted passers-by who called the police.

The whole incident was caught in a CCTV installed nearby. The CCTV footage showed the woman throwing the baby and then dogs pulling out the baby girl from the drain. A police official told IANS that the incident occurred around 4 a.m. on Thursday. "The child is undergoing treatment at the Civil Hospital," he added.

The Principal Medical Officer of the hospital where the child is admitted said the baby weighs less than 1,100 grams and her condition is serious at the moment of reporting.

Meanwhile, police have registered a case against the unknown woman who was seen throwing the baby girl into a drain.

"We are trying to establish the identity of the woman, who will be charged under relevant sections of the IPC (Indian Penal Code)," the police official added.