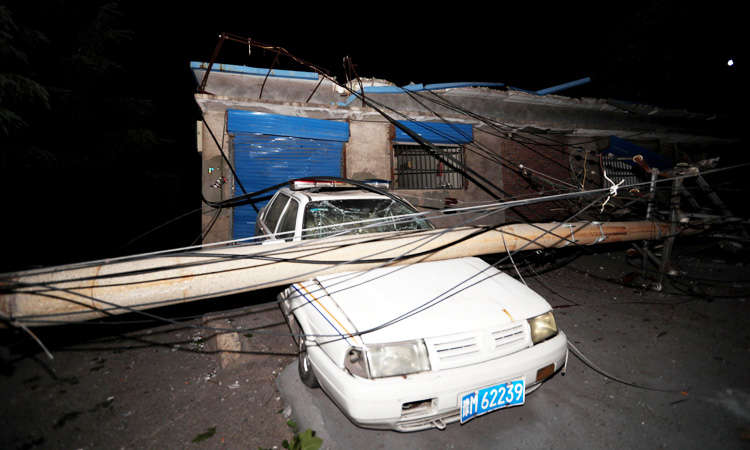 A car is seen crushed by a pole near the site of an explosion at the Henan Coal Gas Group factory in Yima city, in China on Saturday. STR/ AFP

The death toll from a huge explosion that rocked a gas plant in central China rose to 10, state media said on Saturday, with five people still missing.

The blast shattered windows and doors of buildings in a three-kilometre (1.9-mile) radius.

“Many windows and doors within a three-kilometre radius were shattered, and some interior doors were also blown out by the blast,” CCTV said on its Twitter-like Weibo social media account.

Local media showed amateur videos of a massive column of black smoke billowing from the factory and debris littering the roads.

Other images showed the doors and windows of homes blown out and shuttered shops with dented metal fronts.

A bloodied man was seen being helped out of a van in a video posted on social media.

AFP could not immediately verify the authenticity of the footage.