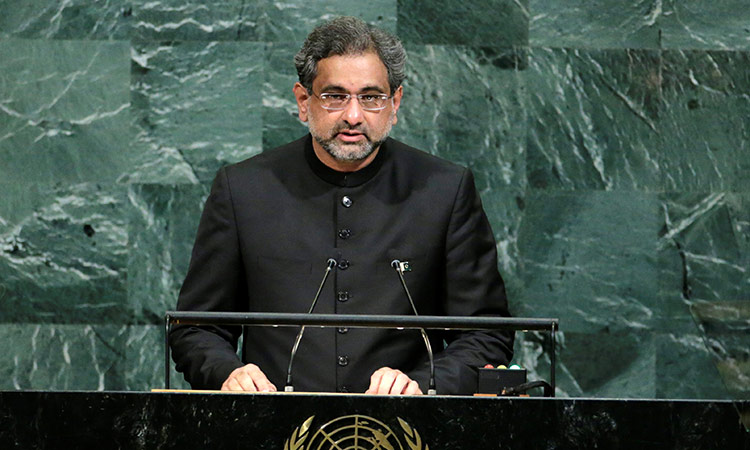 The former premier of Pakistan was arrested and will appear before an anti-corruption court, officials said Thursday,

Abbasi -- whose Pakistan Muslim Leauge-Nawaz (PML-N) party was voted out last year following a heated contest with former World Cup cricketer Khan -- was taken in to custody in the eastern city of Lahore and set to appear in an anti-corruption court.

"He has been arrested and is expected to be produced before a NAB court ... either today or tomorrow," a senior official with the National Accountability Bureau (NAB), an anti-corruption body, told AFP on the condition of anonymity.

A second official from the bureau also confirmed the arrest.

Abbasi served as prime minister from August 2017 until May 2018.

Abbasi's predecessor Nawaz Sharif is also behind bars, after being sentenced to seven years in prison late last year for corruption. His brother Shabhaz Sharif has also been targeted by anti-corruption authorities.

"Another elected prime minister has been arrested. Will anyone else coming to power by vote also face the same lawlessness, humiliation, and injustice," tweeted Nawaz's daughter and opposition leader Maryam Nawaz Sharif following the arrest.

Corruption is widely entrenched in Pakistan, and Khan was elected last year after running a fiery campaign vowing to crack down on graft.

The number of opposition figures in the dragnet has sparked concerns in some corners that the clean-up is being motivated by politics instead of accountability, however.

As pressure builds against Khan's administration, the prime minister has increasingly turned his ire on his predecessors and blamed the opposition for the country's mounting woes.