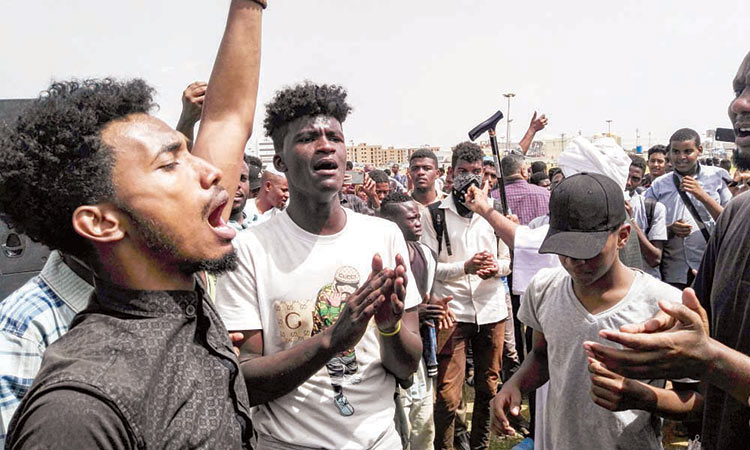 The rallies came a day after protest leaders and army rulers inked a power sharing deal to form a joint civilian-military body tasked with installing a civilian administration − the main demand of demonstrators.

“The rallies are a tribute to those honourable martyrs of the December revolution,” the Sudanese Professionals Association said in a statement.

“Civilian rule, Civilian rule,” and “Freedom, peace, justice,” the crowds chanted as they headed to the square, witnesses said.

The SPA spearheaded the initial campaign that erupted in December against the government of now ousted leader Omar Al Bashir over its decision to triple the price of bread.

Those protests swiftly escalated into a nationwide movement that led to the army overthrow of Bashir in April.

But protesters continued taking to the streets against the ruling generals who seized power after deposing Bashir.

More than 200 people been killed since December in protest-related violence, according to doctors close to the movement.

Tensions between the generals and protesters surged after a June 3 raid on a longstanding Khartoum sit-in that led to deaths of dozens of demonstrators.

On Wednesday the protesters and generals finally agreed a deal that paves the way for a transitional civilian administration that would govern for just over three years.

The talks, however, are set to continue on Friday as the two sides push to sort out remaining issues.

Sales have tumbled at Hashem Abul Fadel’s shopping centres in Sudan, where he and fellow business owners fear that months of political turmoil could bring on a full-scale economic collapse.

Sudan’s ruling generals and protesters inked a deal on Wednesday aimed at installing a civilian administration and breaking months of political deadlock.