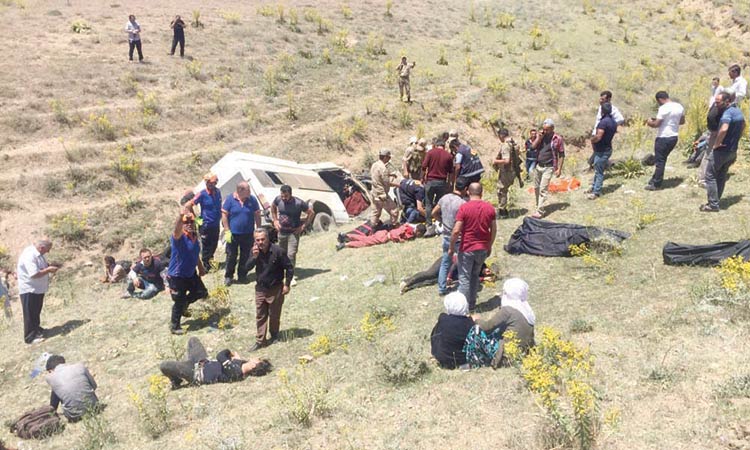 Women and children figured among the victims and their nationalities were not known. Police and ambulance services were rushed to the scene in Van province near the Iranian border, DHA reported, adding that they had entered Turkey illegally.

The death toll was initially reported to be 14 but Van governor Emin Bilmez was quoted by DHA later saying the death toll had risen to 15.

Images in Turkish media showed the damaged minibus in a field with several rescue workers tending to the injured in Ozalp district close to the border with Iran.

The agency reported that the driver lost control of the vehicle but there was no immediate details on the cause of the accident which took place at 0900 GMT.

Footage from the scene showed the minibus in the ditch, with the casualties laid out on the side of a road.

Broadcaster NTV said some of the passengers had fallen off the bus as it rolled into the ditch.

The destination of the bus and the nationalities of the migrants were not immediately clear. NTV quoted Van Governor Mehmet Emin Bilmez as saying the migrants were thought to be Afghan, Pakistani and Bangladeshi.

More than a million migrants and refugees, many fleeing conflicts and poverty in the Middle East and Africa, have passed through Turkey in recent years on their way to the European Union.

Numbers declined sharply in 2016 when Turkey, in exchange for 3 billion euros in EU aid and a promise to ease visa restrictions for Turks, began to exert more control on migrants trying to cross to Europe.

Meanwhile, an Istanbul court has sentenced seven people in connection with the murder of Turkish-Armenian journalist Hrant Dink 12 years ago that sent shockwaves around the country.

Among those sentenced was Erhan Tuncel for 99 years and six months in jail over multiple charges, including “assisting a murder” and “being a member of an armed criminal organisation,” state news agency Anadolu reported on Wednesday.

Another defendant, Yasin Hayal, was sentenced to seven years and six months in jail for “setting up and managing an armed criminal organisation,” the agency said. 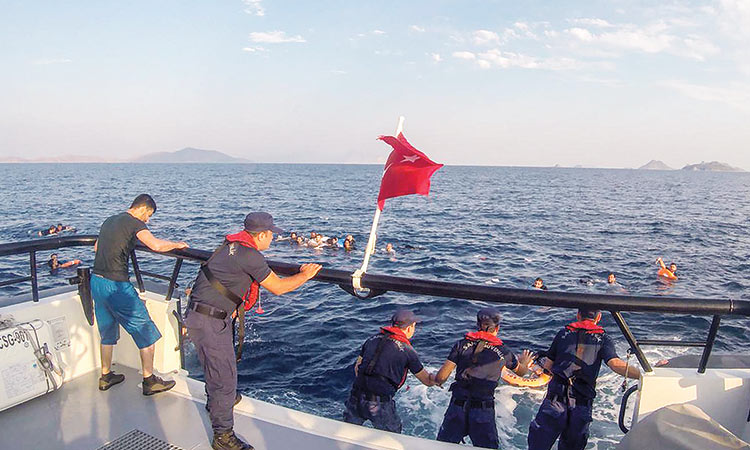