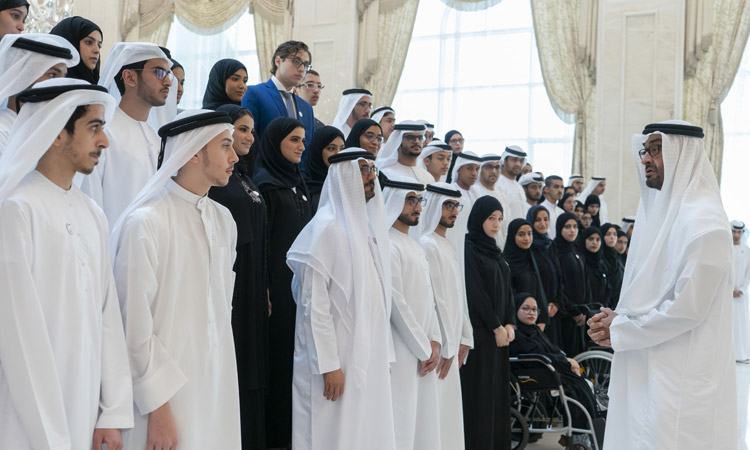 The students' parents and guardians, as well as leading education sector officials were also present. 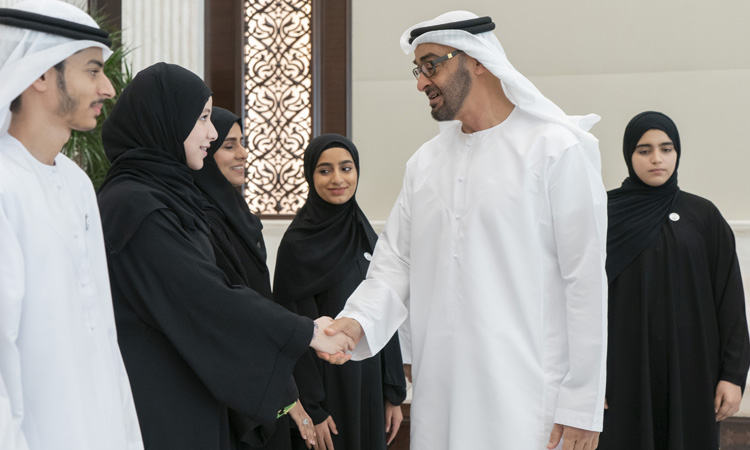 During the gathering, which took place at Al Bateen Palace in Abu Dhabi, His Highness congratulated the students and their parents for their efforts and persistence to obtain leading scores in their studies, wishing them continued success in their higher education pursuits.

Sheikh Mohamed said that investing in education is the main passage to obtaining comprehensive and sustainable development, leading the way to achieving a competitive knowledge-based economy. The UAE, under the leadership of President His Highness Sheikh Khalifa Bin Zayed Al Nahyan, is adamant to provide an environment to nurture learning and education with the highest of standards in line with the nation's future development goals, he added. 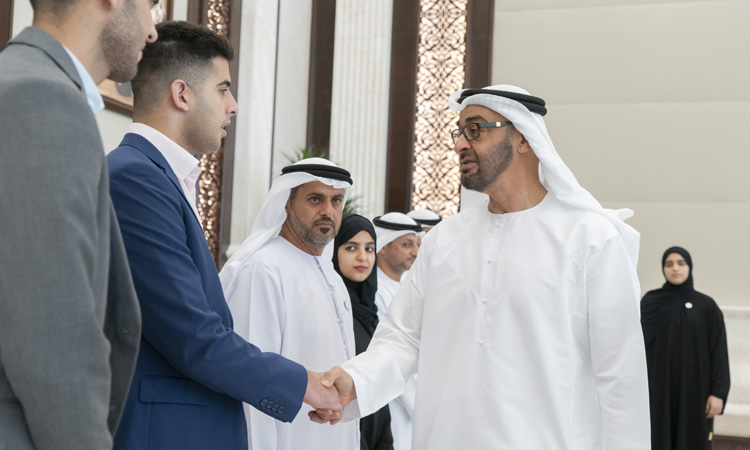 Speaking to the students, His Highness said, "Throughout history, nations have not developed without the input of inspirational and educated individuals, like you."

Educational prowess is a leading indicator in a nation's development, and you have proven the nation's capabilities to be a leading player in the international arena, Sheikh Mohamed continued. 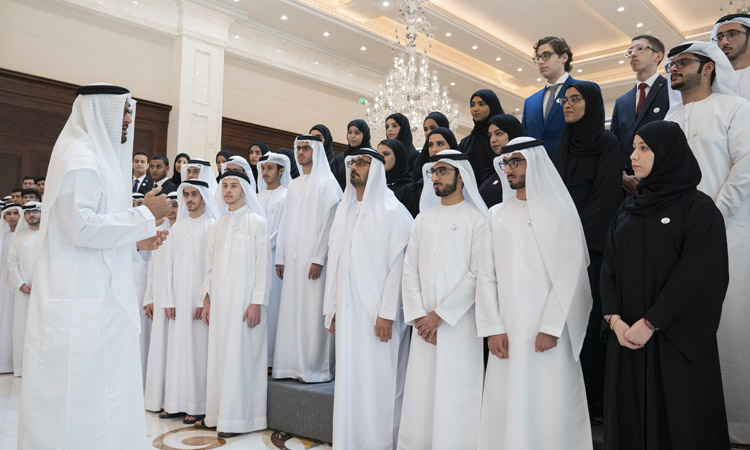 Sheikh Mohamed speaks to the students at Al Bateen Palace in Abu Dhabi on Wednesday. WAM

At the end of the event, His Highness extended his thanks and appreciation to the students' mothers, adding that they played an influential role in nurturing and educating the youth to obtain their goals and dreams. 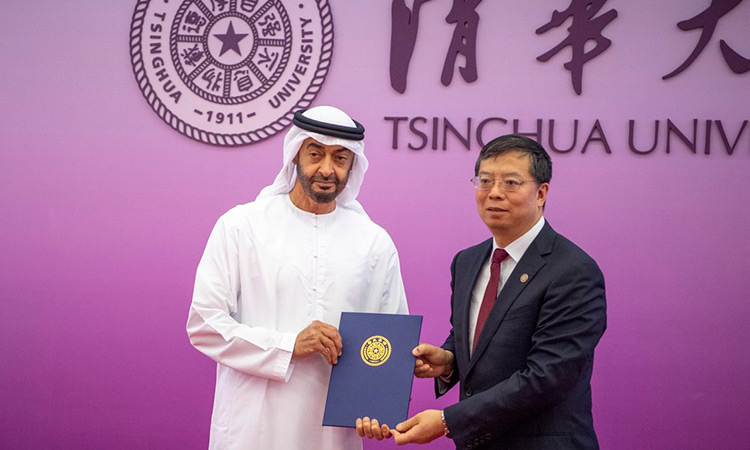 Sheikh Mohamed expressed his thanks and appreciation to the university management for this honour. He expressed his happiness and pride in receiving the certificate that, he said, "comes from one of the oldest scientific universities in the world." 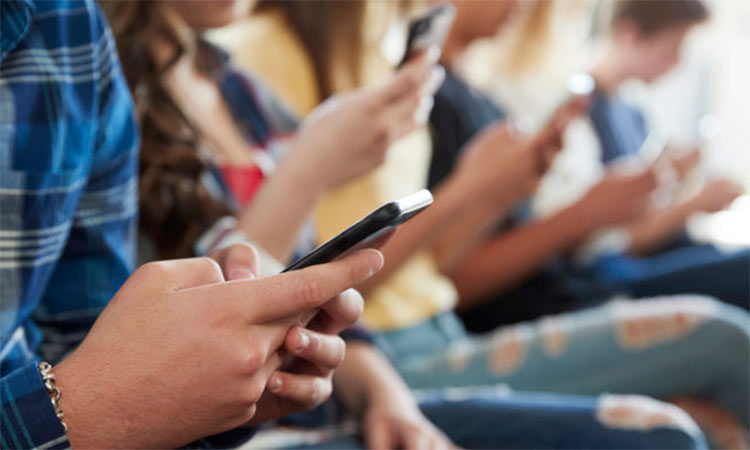