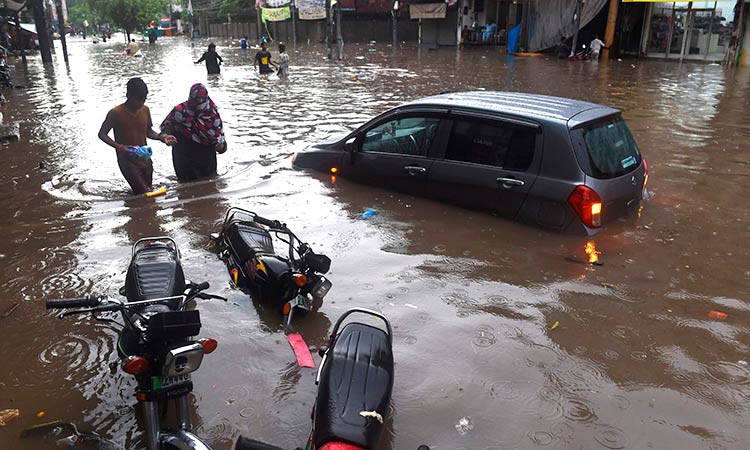 • In Nepal, at least 78 people died and 16,000 families were displaced
• Nearly 50 people have been killed in India, with two eastern states — Assam and Bihar
• Health experts have warned of possible outbreaks of waterborne diseases and called for international help

Survivors scrambled for higher ground as torrential monsoon rains swept away homes and triggered landslides across South Asia on Tuesday, with millions of people affected and at least 180 dead, officials said.

But the downpours — which stretch from June to September — can turn deadly, and have wreaked havoc again this year across India, Nepal, Bangladesh and Pakistan-administered Kashmir.

People, dwellings and boats in remote low-lying areas have been washed away.

"Entire communities have been cut off by rising waters, increasing the risk of people going hungry and getting sick," Xavier Castellanos, of the International Federation of Red Cross, said of the growing crisis.

In Mumbai, a building collapsed in a cramped neighbourhood, killing 10 people following heavy rains in the city. 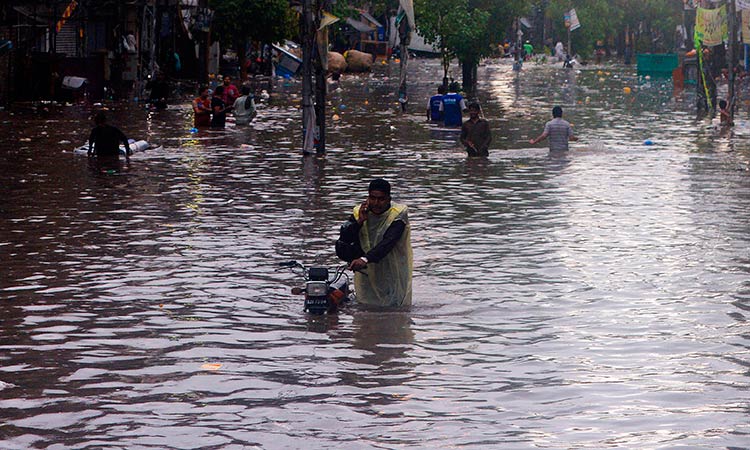 A Pakistani man speaks on his phone while pushing his bike along a flooded street after heavy monsoon rains in Lahore. Arif Ali/AFP

"Rescue operations will continue till everyone stuck under the debris is rescued. Over 10 people are still stuck inside," Mumbai disaster spokesman Tanaji Kamble told AFP.

Almost a third of Bangladesh — a delta country criss-crossed by hundreds of rivers — was underwater, said Arifuzzaman Bhuyan of the state-run Flood Forecasting and Warning Centre.

"Rescue operations will continue till everyone stuck under the debris is rescued. Over 10 people are still stuck inside.

At least 14 major rivers, including the Brahmaputra, burst their banks and were flowing above "danger levels", marooning hundreds of thousands, he added.

The toll in the flood-prone country rose to 34, including five children who drowned, 18 others hit by lightning and seven who drowned after their boat capsized in choppy waters in the Bay of Bengal. 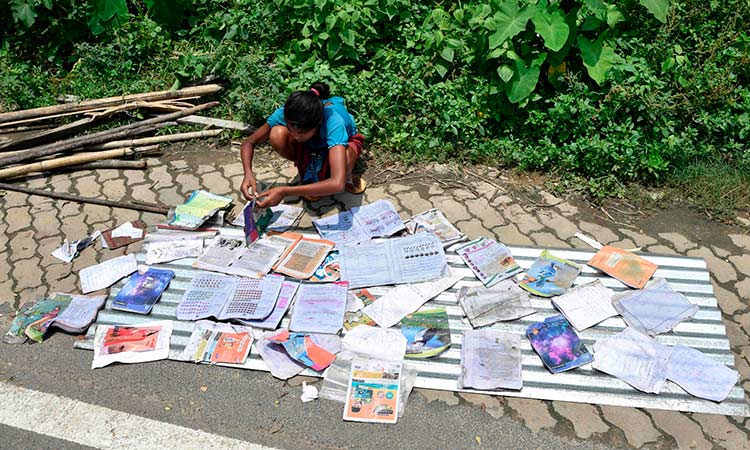 A girl places her schoolbooks to dry along a roadside at the flood-affected area of India's Assam state. Biju Boro/AFP

"The ground floor of our house was completely submerged," Rajaram Yadav, 45, told AFP from a district near the border with India.

"Our family and some neighbours survived by staying at the top floor for two days," he said, adding most one-floor mud houses in the area have been severely damaged.

Health experts have warned of possible outbreaks of waterborne diseases and called for international help.

Nearly 50 people have been killed in India, with two eastern states — Assam and Bihar, which borders Nepal — bearing the brunt of the deluge. 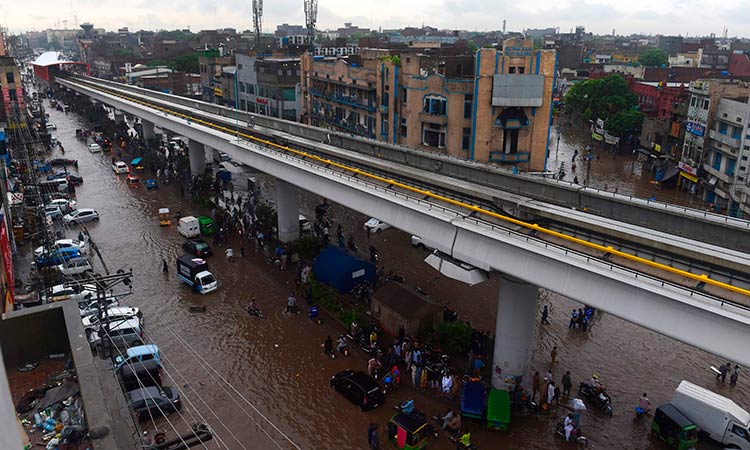 Authorities in Assam declared a red alert Monday as the flood situation turned critical, with villages cut off by surging waters and a major highway submerged.

Photos showed residents crammed in boats carrying their belongings to safer areas in Morigaon, one of the worst-affected districts, and just the roofs of submerged homes above water.