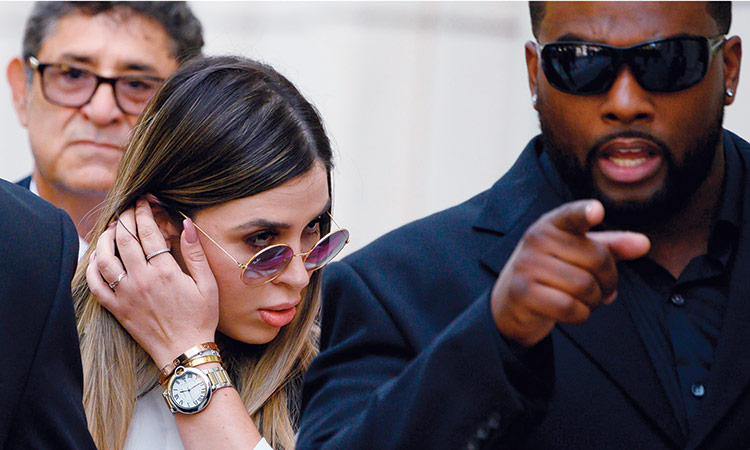 Once one of the world’s most powerful and notorious criminals, Mexican drug lord Joaquin “El Chapo” Guzman was jailed for life Wednesday − the mandatory sentence for a host of crimes spanning a quarter-century.

Guzman, the 62-year-old former co-leader of Mexico’s mighty Sinaloa drug cartel, was convicted in February in US federal court on a spate of charges, including smuggling hundreds of tonnes of cocaine, heroin, methamphetamine and marijuana into the United States.

The much-anticipated hearing in New York capped a dramatic legal saga and saw Guzman deliver what will likely be his final public words before he is taken to a supermax federal prison to live out his days.

“There was no justice here,” he said, wearing a grey suit, lilac shirt, purple tie and publicly sporting his trademark mustache for the first time stateside.

The charges, which also include money laundering and weapons-related offenses, carried a mandatory life sentence.

US Federal Judge Brian Cogan tacked a symbolic 30 years onto the sentence and ordered Guzman to pay $12.6 billion in forfeiture — an amount based on a conservative estimate of revenues from his cartel’s drug sales in the United States.

So far, US authorities have not recovered a dime.

In the Brooklyn courtroom, Guzman said prayers from his supporters had given him “strength to endure this great torture,” which he said has been “one of the most inhuman that I have ever experienced... a lack of respect for my human dignity.” When entering and before leaving the room, he touched his heart and blew a kiss to his wife Emma Coronel, who wore a black and white suit and potentially saw her husband for the last time.

Complaining bitterly that he was unable to hug his twin daughters, who did not attend the hearing, Guzman said “the United States is no better than any other corrupt country that you do not respect.”

Guzman — whose moniker “El Chapo” translates to “Shorty” — is considered to be the most influential drug lord since Colombia’s Pablo Escobar, who was killed in a police shootout in 1993.

During the three-month trial in New York, jurors heard evidence from 56 government witnesses, who described the cartel boss beating, shooting and even burying alive those who got in his way, including informants and rival gang members.

Man sent to jail for possessing 8.6kg of drugs

The Dubai Criminal Court sent a 26-year-old Asian national, 10 years behind bars, to be followed by deportation and fined him Dhs50,000, on charges of bringing and possessing 8,6 kilogrammes of drugs.