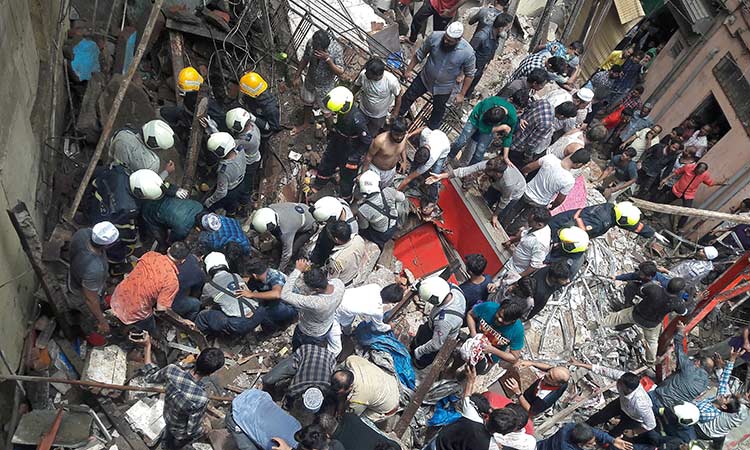 Rescue workers search for survivors at the site of a collapsed building in Mumbai. Reuters

Four people were killed and at least others 12 feared trapped under rubble after a building collapsed as heavy monsoon rains lashed India's financial capital Mumbai on Tuesday, officials said, the second such tragedy in two weeks.

"Four people are dead and over 12 people are still stuck under the rubble," disaster management spokesman Tanaji Kamble told the media of the building collapse in southern Mumbai's congested Dongri area.

"Eight injured have been sent to hospitals and rescue operations are ongoing." 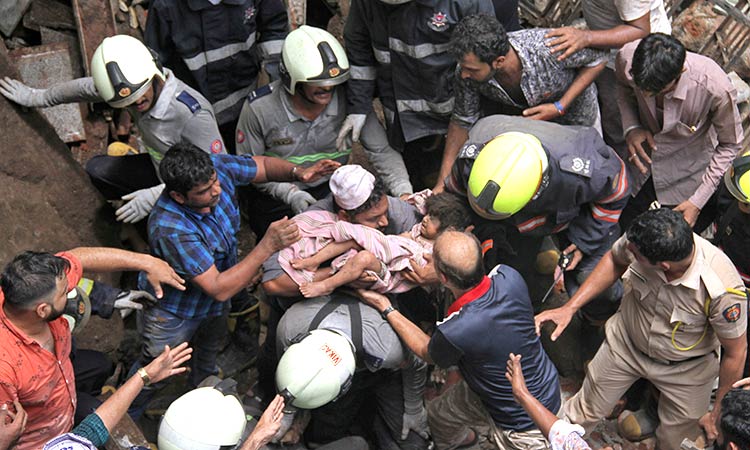 Rescue workers carry a child who was rescued from the rubble at the site of a collapsed building in Mumbai. Reuters

Two teams from India's National Disaster Response Force (NDRF) as well as local volunteers, the fire department and police officials were scouring the rubble for survivors.

Volunteers could be seen recovering household items including furniture from the debris.

"The building collapse sounded like an earthquake and we rushed to the spot to check the loud noise," a local resident told Indian news channel NDTV.

Another resident said the building was more than a century old and had 10 families living inside despite its dilapidated condition.

Prime Minister Narendra Modi tweeted his condolences to the victims' families, describing the incident as "anguishing".

Earlier this month, a wall collapsed in the city, killing 29 people.

Building collapses in Mumbai, home to 20 million people, are common during the monsoon season because rickety structures buckle under the weight of continuous rain.