ICJ to give verdict on Kulbhushan today - GulfToday 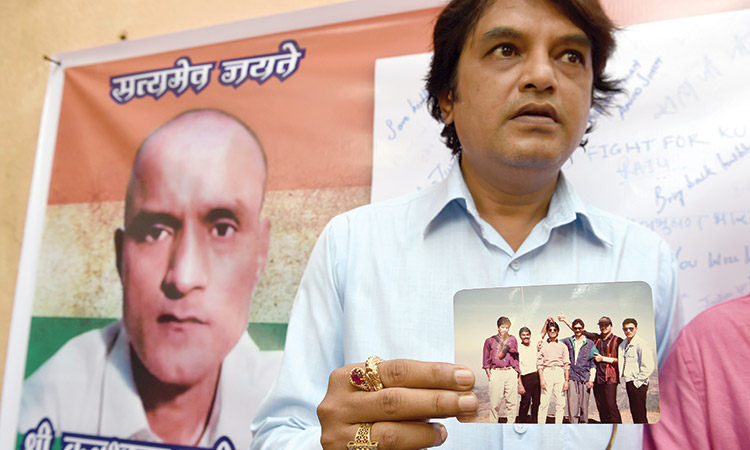 Friends of Kulbhushan Jadhav hold a photograph of them with Jadhav in Mumbai. File / Agence France-Presse

The ICJ is expected to pronounce its verdict on Jadhav, 48, a retired Indian naval officer, at around 6:30pm Indian time.

A 13-member delegation from Pakistan, led by its Attorney General Anwar Mansoor, is at The Hague.

Pakistan Foreign Office (FO) spokesperson Muhammad Faisal is also part of the Pakistani delegation that arrived at The Hague on Tuesday.

According to a July 4 press release from the ICJ, on Wednesday July 17, 2019, “A public sitting will take place at 3:00pm at the Peace Palace in The Hague, during which Judge Abdulqawi Ahmed Yusuf, President of the Court, will read the Court’s decision.”

Pakistan says it arrested Jadhav in Balochistan province in 2016. However, India says he was kidnapped from Iran, where he was running a business.

In 2017, a Pakistani military court declared Jadhav guilty of terrorism and espionage, and sentenced him to death. India approached the ICJ for mediation in the case.

The ICJ asked Pakistan to hold off the execution till it reaches its final verdict in the case.

In December 2017, Jadhav’s mother and wife travelled to meet him, but their interaction was across a glass barrier and through a telephone. Jadhav’s responses during the interaction also came across as stilted and tutored.

India has accused Islamabad of violating the Vienna Convention on Consular Relations by not allowing consular access to Jadhav.

India has sought annulment of Jadhav’s death sentence and his immediate release, saying the verdict failed to satisfy even the minimum standards of due process.

In February this year, the world court held a four-day public hearing during which both India and Pakistan submitted their detailed pleas and responses.

India based its case on two broad issues − breach of Vienna Convention on consular access and the process of resolution.

India has urged the ICJ to annul Jadhav’s death sentence, saying the verdict by a Pakistani military court was based on a “farcical case” and failed to satisfy even the minimum standards of due process. 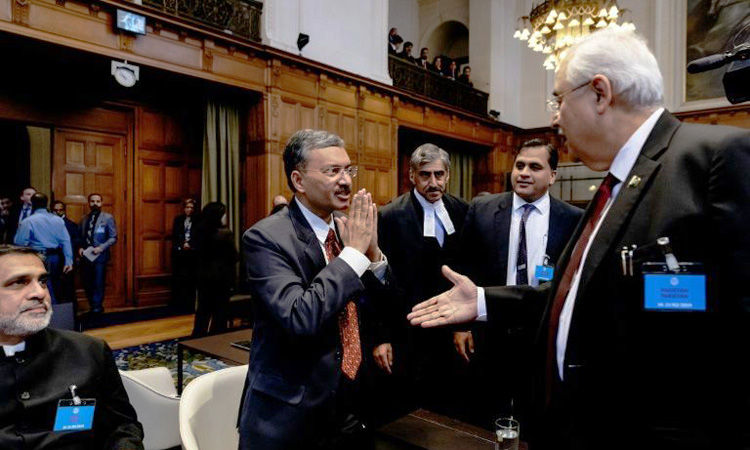 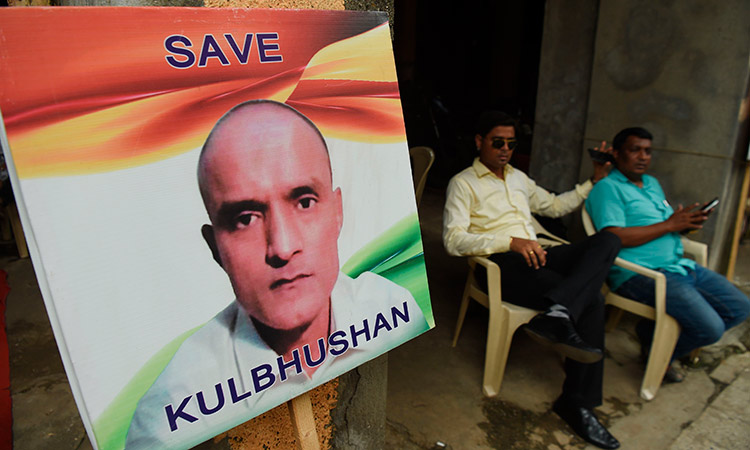