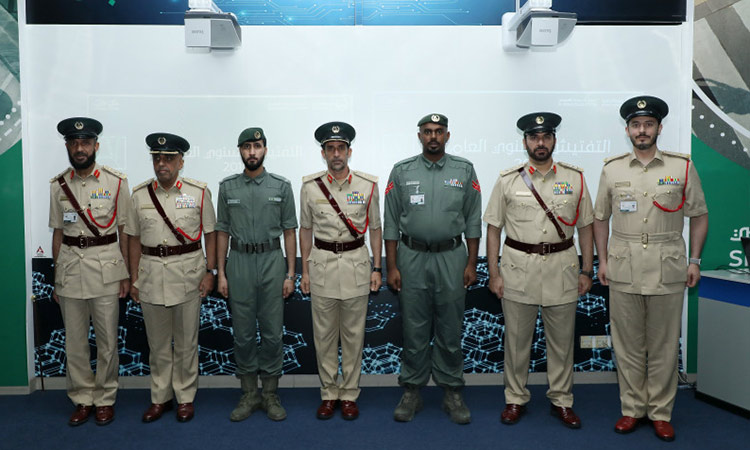 The decision came during an inspection visit to Al Qusais police station by the Commander-in-chief of Dubai Police, who was accompanied by Expert Major General Khalil Ibrahim Al Mansoori, Assistant Commander for the Criminal Investigation Affairs; Brigadier Yousef Al Adidi, Director of Al Qusais Police Station; and a number of officers and officials.

According to Brigadier Yousef Al Adidi, the first attempt was made to smuggle crystal methamphetamine using AED100 bank notes.

"Our police were alerted by the suspect's suspicious behaviour as he had insisted on handing over the money to the detainee. So, they inspected the money and detected the drugs," Al Adidi added.

In the second attempt, the director of Al Qusais Police Station said a female detainee tried to smuggle drugs in her contact lens case. "Our professional staff inspected the detainee’s belongings and were able to detect the smuggled drugs in the unusually heavy contact lens case," he added.

The Dubai Police Commander-in-chief presented certificates of appreciation and recognition to the three policemen, emphasising that their being honoured is meant to motivate and encourage the personnel on the force to continue performing their national duties to prevent crime and pursue perpetrators.

Maj Gen Abdullah Khalifa Al Marri, Commander-in-Chief of Dubai Police, has chaired a meeting for assessing the performance of the General Directorate of Narcotics Control in the first half of this year. The meeting was attended by Brig Eid Mohammed Thani Hareb, Director of the Directorate, Brig Mohamed Rashid Bin Sarea Al Muhairi, Acting Director of the Criminal Investigation Department and number of police station directors and officers.